Juggling two productions at one festival is not an easy task, but it is an opportunity actor and director Jeremeo Le Cordeur grabs a hold of with both hands.

His productions Jerry, an unconventional hero and Dude, wa's my bakkie? will be showcased at the Suidoosterfees, as a double feature consisting of the two 25-minute one-man shows. Not only did he write both of the scripts for the productions, but he will also be the one starring in them.

Jerry, an unconventional hero is a piece about how Jerry, a shy computer nerd, winds up inside an interrogation room. In a convoluted tale of action and absurdity, Jerry faces shady, larger-than-life characters as he’s thrust into dangerous situations. He has to be brave and learn that anyone can be a hero, even a nerd. The adventure begins with a mysterious pizza delivery ...

Dude, wa's my bakkie is a piece about Dean September, whose bakkie is stolen, and who then thinks back to his 21st birthday when he received a bakkie as a present, and all of the adventures he undertook in his bakkie. The audience journeys with him as he remembers various life experiences associated with his bakkie.

The two productions are one-man shows, right? You wrote both Jerry, an unconventional hero and Dude, wa's my bakkie? and are starring in both? 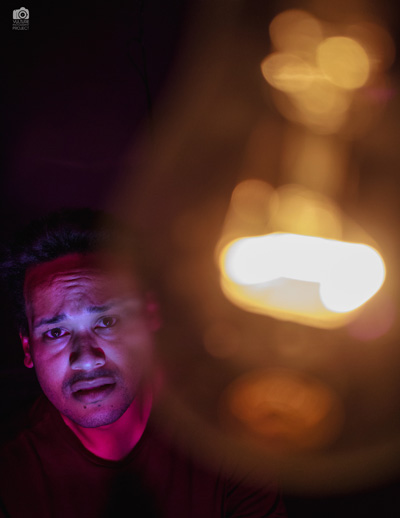 Writing a script for a production is no easy task. Where do you get your inspiration from?

Both productions were inspired by real-life experiences:

Jerry, an unconventional hero
Last year, my home in Wellington was invaded while I was still inside. It was a traumatic experience, and my love for comic books and superhero movies was something that served as a coping mechanism to help face the trauma. My love for superheroes and their stories inspired me to adapt one my former plays, Pizza’s here, into a monodrama that focuses on the character Jerry, who escapes to the world of comics to cope with a traumatic experience.

Dude, wa’s my bakkie?
Three years ago, my bakkie was stolen in Rondebosch. That was a gut-wrenching experience. As a theatre-maker, I’ve always been encouraged to write about or draw from my personal experiences ­– so, that is exactly what I did. Once I had the title Dude, wa’s my bakkie? the rest just came organically. I approached Dean van der Ventel with the concept, and now we have an explorative journey centred around issues of identity, mental and physical wellness, cultural awareness and masculinity in modern society.

Why did you decide to do the one production in English and the other in Afrikaans?

Jerry, an unconventional hero focuses on characters that transcend social, racial and economic barriers. It has a universal appeal that explores with different languages and accents that many different audiences can relate to. However, Dude, wa’s my bakkie? keeps it local with the exploration of the coloured culture and the Afrikaans language. It makes for a contrast that causes the productions to complement each other. 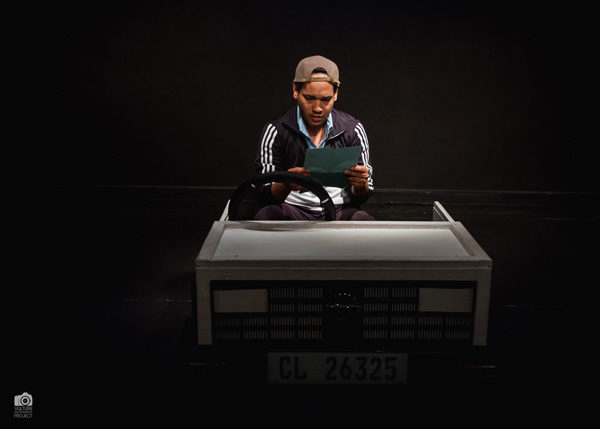 Isn’t it challenging having to juggle two productions at one festival?

It sure is! Fortunately, we managed to secure performances at Alexander Bar and Woordfees Fringe before Suidoosterfees, so we have ironed out earlier creases. It made the logistics easier, and also helped with the overall development of the productions.

What would your advice be to the youth of today who might want to follow a career in the arts?

Invest in your individuality, and constantly aim to reach the truest and highest expression of yourself.

You should always be conscious of the importance of generating your own work, and not solely rely on or wait for opportunities to come your way.

The reality is that it is difficult to sustain yourself financially, so I would encourage them to be versatile and become involved in a variety of financial opportunities within and even outside of the performing arts industry.

Nothing ever stays the same. In this industry, you’re forced to work and develop in an ever-changing environment. All you can really do is be present in the moment, be yourself and do your best.

The Suidoosterfees will be taking place from 24 April until 1 May at the Artscape Theatre in Cape Town. Catch Jerry, an unconventional hero and Dude, wa’s my bakkie at the Suidoosterfees on 28 April at 14:00. For more information, visit Suidoosterfees’s website.