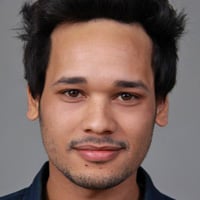 Jeremeo is a creative soul, born and bred in Wellington. He is a young actor, director, writer and photographer who graduated from City Varsity with an unstoppable drive and unfaltering commitment to his craft.

In 2009, he joined Fresh Theatre Company, a presenting company specialising in musical theatre, where he performed in Life is rock n roll, Love in cyberspace and Pinocchio.

In 2010, he created Vulture Productions, which he uses as a vehicle to support and create South African theatre works. He has been at the helm of many successful productions, such as Pizza’s here (2011), I know how you screamed last scary movie (2011), and Risk, for the 2012 and 2013 National Arts Festivals.

In 2013, he returned to the Artscape with February 14th. The production received rave reviews, admiring Le Cordeur as “an energetic and entrepreneurial theatre-maker” (Tracey Saunders, Cape Times).

In 2014, he directed Tannie Dora goes bos, a play written by Warren Meyer, which opened to rave reviews and was later included as part of Artscape’s 8th annual Woman's Humanity festival. In 2016, he also created The Vulture Photography Project, an arts-photography project aimed at showcasing the work of South African theatre practitioners.

Through Vulture Productions, Le Cordeur also guides the work of other artists, ensuring that whatever contributions they receive are well spent on fostering the talents of their contemporaries in the field of performing arts in South Africa.

Jerry, an unconventional hero and Dude, wa’s my bakkie? at the Suidoosterfees

"Juggling two productions at one festival is not an easy task, but it is an opportunity actor and director Jeremeo Le Cordeur grabs a hold of with both hands."

Mama at the Artscape: an interview

Mama runs until Saturday 13 April at the Artscape. Mama (portrayed by Chenal Kock and directed by Jeremeo Le Cordeur) is a character piece, showcased through poetry and physical theatre, that focuses on the Afrikaaps dialect. Menán van Heerden chats to Chenal and Jeremeo to find out more.