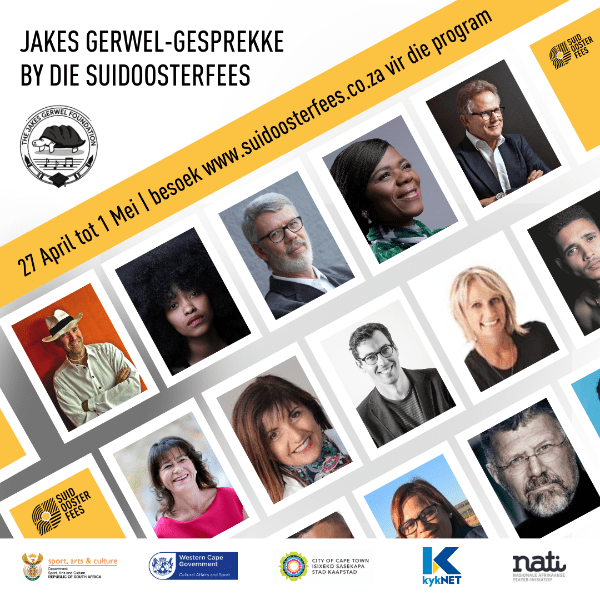 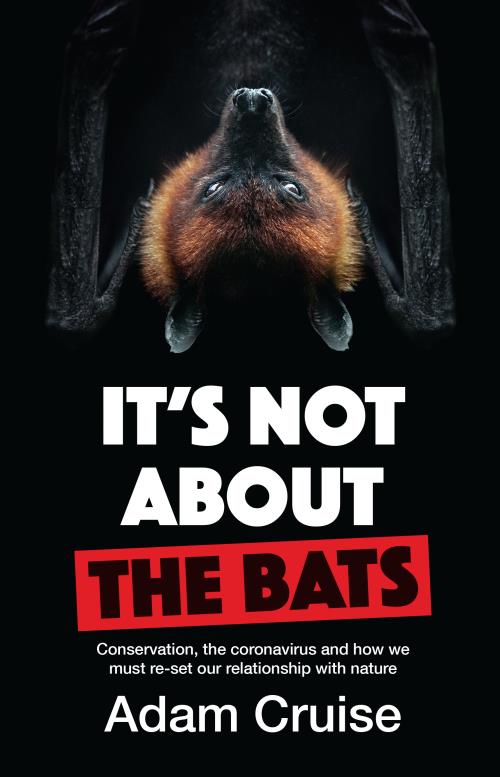 Adam Cruise, author of It’s not about the bats (Tafelberg, 2021), will be part of the Jakes Gerwel conversations at the Suidoosterfees.

These talks are free.

In the wake of Covid-19’s dramatic impact on the world, we have to seriously reflect on our relationship with nature. This is Adam Cruise’s argument in his new book, It’s not about the bats. Adam is in conversation with David Bristow, whose Big Pharma, dirty lies, busy bees and eco activists: Twenty environmental stories from South Africa, deals with “pesticides, poaching, petrol, plastics, population, pollination, pollution, pods, politics, pharmaceuticals, people, prophets, power and poop.”

Let’s start at the title. It seems to have a double meaning. On the one hand, we should not blame bats for COVID-19; we should blame the humans for disturbing the bats. Secondly, though, your book is about all of nature, big and small, for humans should fundamentally rethink our approach to our environment. Am I correct? 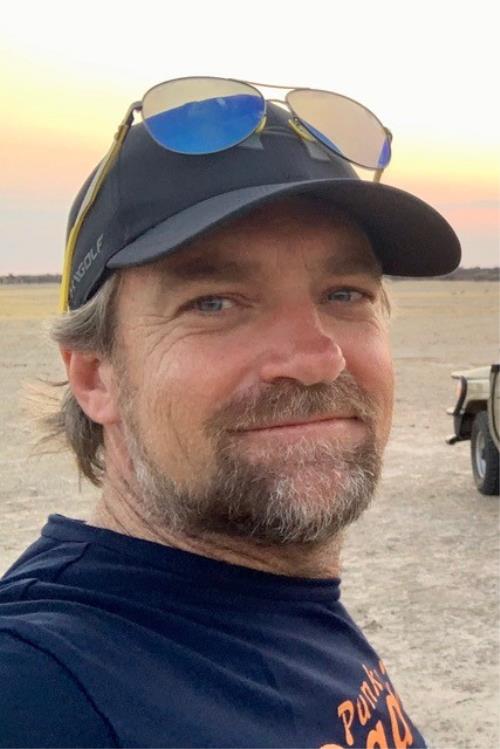 Absolutely correct! The title does have a double meaning. While bats are the source of COVID-19 and other zoonotic diseases, like Ebola and SARS, the fault isn’t theirs when it comes to transmission to humans. If we have expansive, thriving natural spaces, these diseases are diluted and are less likely to hop to other species. With human-induced destruction of the world’s natural habitats, and trade and consumption of wild animals, we come into contact with increasingly concentrated species as they get squeezed into smaller spaces or we crowd them into live animal markets. Thus, we humans have increased the prevalence of disease-hopping between species and ourselves.

Your book is fascinating, but you – or your cat, perhaps? – like big words. Let’s clarify two big words, please. What do anthropocentrism and carnophallogocentrism mean in plain English? These are at the heart of your argument.

Ha ha, yes, let’s blame my cat, who is a very philosophical cat. The first word, anthropocentrism, simply means “human-centred” or, more appropriately, “humans first”. This is the root cause of diseases like COVID. It stems from human arrogance in believing that nature and wildlife exist solely for our benefits, wants and needs. Conservation of species under this term (euphemistically referred to as “sustainable utilisation” by governments) has attempted to provide an economic benefit for humans alone. This creates rampant destruction of nature, the extinction of species and the creation of zoonotic diseases.

The other word is a play on the first. It refers to the patriarchal dominance and voracity for consuming animals in nature conservation: carno = “meat”, phallus = “male”, logo = “dominance”, and centrism = “centred”. Essentially, anthropocentrism and resultant global policies of sustainable utilisation of species and nature are driven by a tradition of male Western ideology. One good example of this is trophy hunting, which is almost exclusively driven by males of European origin. Economic-centred farming and trade in wildlife are driven by the same thing. Our treatment of nature has its origins here. The rural and hunter-gatherer communities of the world have, for millennia, held a completely different worldview.

Your cat kept you company while you were writing the book. Somehow, this is great, because the entire book centres on our relationship with nature. You address the domestication of farm animals and even point out that large conservation parks, such as the Kruger, may well be wildlife farms. The concept of rewilding – an important issue – is somehow the opposite of taming a cat, a dog or a horse. Yet, it has happened for centuries, and only recently in human history did our numbers begin to impact the environment seriously. Or do I miss the point?

You raise a good point there. My concern is about the economic benefits for humans at the expense of other animals. This is certainly the case with domestic animals like cows, sheep, pigs and other livestock. Pets, like my cat, are different in that the human is de-centred in the relationship; the human hierarchy disappears. The welcome companionship during lockdown benefitted me as much as it did him. There was a symbiosis, an equal interconnection and interaction – although, typically of cats, I think the role may have reversed. He thinks I exist solely for his benefit!

I want to home in on the concept of rewilding. You make a fascinating point about humans rewilding ourselves. I chuckled when you described Descartes as a “lazy philosopher”. Should we want, once again, to be the animal we are in nature, not a morally superior brat?

Descartes was indeed a lazy philosopher, despite his fame. He didn’t want to think too hard about the complexities of the world around us. So, he reduced everything to mere objects, including all life on this planet. The only thing that mattered, according to him, was human self-consciousness. Human minds and our ability to reason transcended everything. Other animals, for Descartes, were just machine-like. They were simply reacting to external stimuli in the world, whereas humans have this higher thought power. The result of this line of thinking created anthropocentrism, which is so prevalent today – the idea that the world must serve the needs of humans. What Descartes failed to grasp was that humans are animals, too. We rely on clean air and water, healthy soils, savannahs and forests to survive. As much as we humans pretend we are superior, ultimately we still need nature for our existence. Rewilding involves the recognition that nature, and other animals within nature – to nourish the climate, soils, water and oceans – are essential to our physical well-being. Also, immersing ourselves in nature – be it a hike in the mountains, a walk in the park or a swim in the sea – does wonders for our mental well-being, too.

Attached to the previous question, you point out that animals have language; we may not be as superior as we think we are?

This is another thing Descartes failed to grasp. Other animals have a language, or rather a deep understanding, which reinforces the interconnectedness of all beings within an ecosystem. This, in turn, communicates with the natural biosphere in terms of mountains, plains, rivers and oceans. We humans have lost that knowledge. Part of rewilding ourselves is regaining the understanding that we are part of nature, not apart from it.

Back to rewilding. What do you think about the hunter-gatherers of Africa and the Americas who once lived close to nature, before the Western settlers arrived? They did hunt for meat, but somehow their impact on nature was small. Is the modern-day problem not sheer numbers, rather than computers, for instance?

Back then, these societies were deeply connected to the natural order of things, along with all life they existed alongside. It was when we separated ourselves from the natural world and treated everything as a commodity that the serious problems began to manifest.

Being vegan is one way of solving the global crises, you say, and show your numbers. But rewilding is more than that, because ripping up rainforests for soya certainly is not the answer; you explain that very well. Apart from not eating meat, what are the two or three things an ordinary person can do when trying to “rewild” ourselves?

Reducing the consumption of meat certainly goes a long way to help, but rewilding also involves a paradigm shift in our thinking. We need to treat the natural world with respect, since we rely on it for our survival – we should not rely on it for financial gain. We need to move away from the commodification of nature. With the food we eat, the clothes we buy, etc, it would be good to find out where they are sourced. Anything that destroys the natural habitat – like the commercial beef industry and overfishing of oceans – must be avoided. Eat local, the least impactful on the environment and organic.

Back to the title. It is not about the bats. It is about us. We are killing ourselves. My cynical question is: Should we not just allow sapiens to create our own mass extinction? We seem to be well on our way.

Interesting idea. Humans are the cause of all of this; it’s not about other animals. However, in harming our collective selves, we harm the natural environment, and vice versa. Basically, we all need each other, so, no, we cannot allow humanity to self-destruct.

On 28 April, you will be in conversation with David Bristow and Don Pinnock. It is part of the Jakes Gerwel conversations under the umbrella of the Suidoosterfees, and will be in the ATKV Innovation Lounge in the Artscape. What can we expect?

Expect to be woken from our dogmatic slumber and shocked into action – the point where it becomes too late is near, very near.