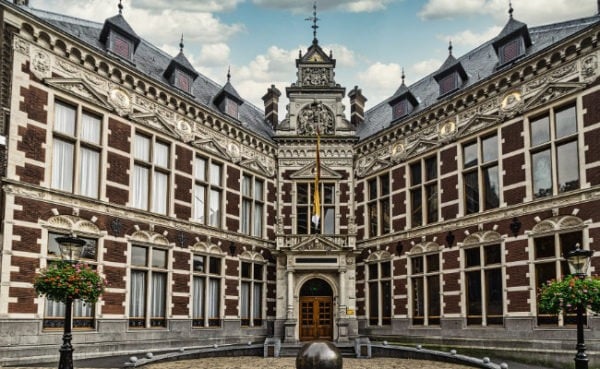 The Dutch Language Union and the Utrecht University have demonstrated: where listening language is accepted, all combinations of languages, language varieties and dialects are possible.

Listening language is a form of asymmetrical, multilingual communication that encompasses both listening and reading. It involves people from different language backgrounds talking and writing their own language, and understanding one another while developing their receptive language skills and practising strategies to attain a more complete command of the other language.

In June 2020, a sports commentator in the Netherlands asked his questions in Frisian; the manager of a soccer team answered him in Dutch. In November 2019, a professor in Stellenbosch stepped into a bookshop and greeted the cashier in English; she reacted in Afrikaans. In both instances, the interlocutors knew beforehand that the one understood the other’s language. Even though these episodes were trivial, both resulted in a slanging match.

On Twitter, some listeners of the Dutch radio programme said it is asocial to address one another in different languages. Then came this tweet (it contains robust language):

In South Africa, the irritated professor turned to Twitter and held up the cashier as a typical example of language intolerance.

This morning in a bookshop in Stellenbosch:
Me: Good morning
She: Waarmee kan ek help?
Me: I need stationery
She: Is jy die Prof van die Vrystaat?
Me: No, I'm DJ Black Coffee
(now you know why black people sometimes flip because of language intolerance)

Yet, the use of two or even more languages in a conversation is neither insensitive nor irresponsible or even unusual. Research undertaken in healthcare, education, the building industry, manufacturing and other sectors has frequently shown that listening language is used effectively in various contexts and situations, for example, during medical examinations, in the classroom, on construction sites and on the street – often ad hoc, unconsciously, without rules, without arrangement, without naming it.

Multilingual communication between two persons – in which the one does not (yet) have sufficient command of the other’s language to speak it, but where they understand one another – is known in linguistics as lingua receptiva (receptive or open-minded multilingualism). In the Netherlands, Jan ten Thije, professor of intercultural communication at the Utrecht University (UU), has coined the term listening language for lingua receptiva.

Listening language is a form of asymmetrical, multilingual communication that encompasses both listening and reading. It involves people from different language backgrounds talking and writing their own language, and understanding one another while developing their receptive language skills and practising strategies to attain a more complete command of the other language. This makes it possible for speakers of different languages to be taken up in mutually welcoming, supportive communities. It offers a necessary perspective in multilingual societies and current debates about multilingualism, in which effective communication and mutual comprehension are so essential.

Where listening language is accepted, all combinations of languages, language varieties and dialects are possible, on condition that each interlocutor has gained a measure of receptive knowledge of the other language or language form.

In the European Union, with its 27 member countries and 24 official languages, listening language has long since become a useful low-level alternative to English, especially in formal situations. This does not nearly solve all communication problems, but it does offer an interesting and relevant addition.

The Dutch Language Union also views the use of listening language as a way to bring speakers of different languages closer together, and as a springboard for them to develop knowledge and a command of the other language further. When one works with language receptively – exposing oneself to it completely while one reads and listens – the productive capabilities – speaking and writing – are stimulated, too, and one’s fears to use the other language are overcome.

In listening-friendly schools, various activities are being developed in which learners from different language backgrounds perform tasks together, each using their own language, and achieve success together. During lessons, teachers sometimes talk Dutch and the learners a dialect, sometimes the converse. Through such exercises, the learner – and the teacher – becomes aware of language and the extent to which one can understand if one opens one’s complete language register, if one gets the opportunity to relate one’s language to another language and find the connection between them. Children learn to recognise words and structures in each other’s languages while they answer and formulate in their own language. Through play, they develop their own language-learning strategies and a positive attitude towards other languages.

A listening-friendly school reacts to multilingualism by welcoming and appreciating all languages spoken in the school and by trying to utilise them in any way, however small. Thus the cultural background of each learner and teacher is recognised. Language-friendly schools develop a language plan that involves all – learners, teachers and other personnel – to establish an inclusive environment friendly to language and culture. Children with access to a language-friendly learning environment know they are accepted and appreciated for who they are. Moreover, no child is punished – ever – for talking his or her mother tongue at school.

At the UU, students may select from more than 80 subjects in the programmes for linguistics, Dutch, German, French, Spanish, Italian and information and communication sciences in which listening language has been used. This increases the accessibility of these courses. Students who have sufficient receptive knowledge of the language of instruction (able to understand and read it) are allowed to perform productive tasks (speaking and writing) in English or Dutch. Participants in these courses are called “listening-language students”.

In November 2019, the university expanded this programme to include international students and coworkers. For the 2020–21 academic year, two international listening-language students, from India and Portugal, have been elected to the university council. The UU has committed itself to safeguard and advance in this decade the multilingual participation of all its students, lecturers and other personnel in governing bodies at all levels (sections, departments, faculties, the university council and administrative services) and to investigate and facilitate various multilingual methods of communication for local and international students. Listening language, in particular, but also English as lingua franca, translating, translanguaging, interpreting and code-switching (switching between languages, for example, in a sentence) – all these means are considered, tested and investigated to establish how they may be utilised in various courses as part of the UU’s language policy, such that they may contribute to a more inclusive international academic community in Utrecht.

Indigenous? Foreign? There is no squabbling about this matter at all. For students from all over who have or who know of no other place called home anymore, the UU opens its doors so that they may discover, experience and learn to understand each other’s languages and enjoy the wealth in language and diversity that their own origins offer.

How proud I would have been, were this my own alma mater.