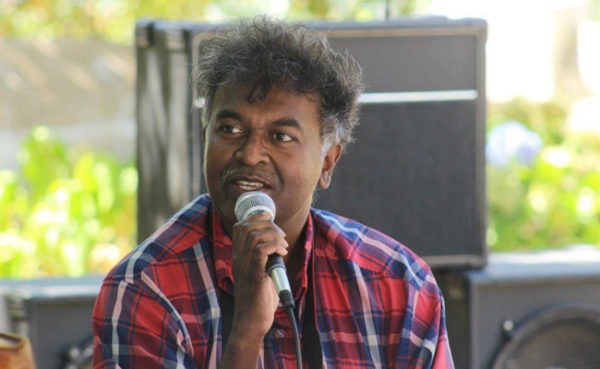 I have dreamt of this day for over a decade.

Despite the numerous obstacles we faced putting this bid together, the planets seem to have aligned and in little over three months time we will know whether our bid to Unesco has been successful. All thanks to the Democratic Alliance (DA) who created an enabling environment for us and to Mayor Gesie van Deventer who endorsed this bid.

This is a very important point, because the first criterion one has to meet for such a bid is getting the designate city, in the person of the mayor, to endorse the bid. And then all thanks to the committee for opening doors that would otherwise have remained closed to “a boytjie from KZN”, as I call myself.

For the benefit of international readers: Stellenbosch is a city in the Western Cape province of South Africa, a mere 50 km from Cape Town, along the banks of the Eersterivier (literally First River) at the foot of the Stellenbosch Mountains. Stellenbosch is the largest settlement of the Stellenbosch Municipality. The greater city of Stellenbosch includes the smaller settlements of Pniel and Franschhoek (French Corner). According to the last census figures of 2011, the city of Stellenbosch has a population of 155 728. According to the same census the language demographics of the region were as follows: Afrikaans 67,7%; Xhosa 20,8%; English 7,2%. The town was named Stellenbosch in 1679 after the then governor, Simon van der Stel, making it the second oldest city in South Africa, after Cape Town. In its early days it was known primarily by the name Eikestad (City of Oaks) because of the vast number of oak trees planted by the Dutch settlers. When the French Huguenots arrived with their knowledge of viticulture, the first vines in South Africa were planted in the Stellenbosch area, establishing it as the wine capital of South Africa.

Stellenbosch oozes culture. This year the Stellenbosch Wine Route, for instance, celebrates its 50th anniversary of being the first wine route in South Africa. Franschhoek, the “French Quarter” of Greater Stellenbosch, has the reputation of being the gastronomy capital of South Africa and the capital of fizz, a reference to their leading role in the production of sparkling wine. Moreover, drive through the streets of Stellenbosch and you will find streets lined with posters advertising music festivals virtually every weekend of the year. The Stellenbosch University Choir, for instance, is the number one choir in the world! Strolling through the beautiful streets of Stellenbosch one is struck by the exquisite sculptures that enhance the old town centre. Many of the top vineyards boast some of the most exquisite sculptures in South Africa.

But it is within a 15 km radius of Stellenbosch that a compelling case can be made for an Afrikaans Unesco City of Literature. The Afrikaans Taalmuseum en -monument is situated in neighbouring Paarl. The University of the Western Cape hosts the Madibaland World Literary Festival, the largest online literary festival in South Africa, there, as well as the South African Festival of Children’s Literature. The Breytenbach Centre in Wellington hosts one of the most joyous poetry festivals in the country, Tuin van die Digters. PEN Afrikaans does invaluable work by taking Afrikaans literature to the rest of the world through their Translation Project. Media24 with their head office in Cape Town are generous patrons of not only Afrikaans literature, but all the languages of South Africa. One has only to think of their kykNET Rapport Prize or their Media24 literary prizes. Or the Hertzog Prize. Or the Jan Rabie Marjorie Wallace Prize administered by University of the Western Cape’s Afrikaans Department. And the wonderful legacy that another famous son of the University of the Western Cape and South Africa, the late Jakes Gerwel, has bequeathed to Afrikaans writers through his writers’ residency offered to writers at his former home in Somerset East.

The Madibaland World Literary Festival: an interview with Darryl David

Hermanus, UNESCO City of Gastronomy? An interview with Darryl David