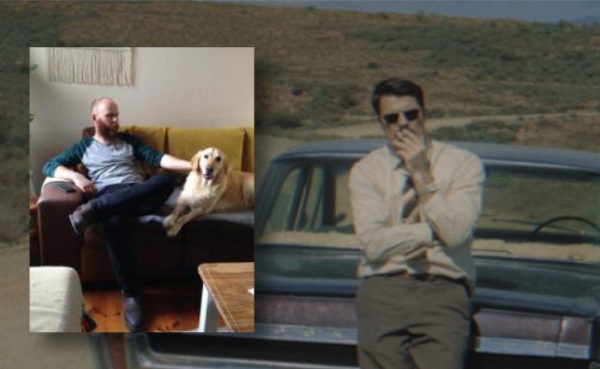 The dominant discourse of the “civilised” European thus dominates and replaces that of the Khoisan, erasing it.

On a superficial level, one could argue that Muller’s Wesens calls for a Rousseauist[1] return to nature; an abandonment of the careless, negligent pursuit of technological progress and material accrual; and a realisation that humans are inherently good and that the extravagances of “civilisation” engender evil. From this perspective, Kuyper, who is not yet indoctrinated by his superiors, endorses the Khoisan way of life through comparison with the West.[2] Viljoen, the embodiment of imperialism which seeks to replace the “pure” and “natural” in pursuit of “progress”, is his foil. However, this interpretation is reductive and portrays the Khoisan as a flat caricature, deprived of the opportunity to resist being denied their own self-realisation. There is more to Wesens than this, and comparison with another landmark work of science fiction makes this clear.

Wesens begins by exploring this same caricature.[3] Julie is consistently filmed from afar[4] or from above[5] and has no lines. Both Julie and “Julie’s people”[6] are effectively silenced, leaving us with the investigators’ observations to guide us. The shamanic Khoisan trance[7], for example, must, in this circumstance, be clumsily “rediscovered” by Kuyper.[8] The metaphorical figurehead of God, or Kaang, is literally put to death by the technology of humankind, in a parallel of Nietzsche’s[9] observation on the destruction of the possibility of divinity by the European Enlightenment. As the credits roll, Kaang is replaced by a hymn on the Christian theogony, sung in Afrikaans.[10] From a cynical Foucauldian viewpoint, the dominant discourse of the “civilised” European thus dominates and replaces that of the Khoisan, erasing it. The same cynical view would criticise the film for this method of storytelling, but in doing so would disregard that the film is hitherto “directed”, effectively, by the character of Viljoen, whose narrow views[11] dictate what is filmed. This direction is maintained until he is temporarily knocked out by Conradie, a symbolic overcoming of prejudice and intolerance by a younger, more liberal generation, but one that is ultimately unsuccessful.

On the one hand, then, Wesens demonstrates the futility of preservation after destruction; the tragedy of permanent loss of inestimable cultural and humanitarian value; and the greatly diminished scope and richness of a culture when it is parsed by an outsider – much like when capturing a human experience on 18 millimetre film. This interpretation has some validity, as there may certainly be a timeless, universal human need to mythologise one’s origins and purpose, and assert it as part of one’s identity. One such attempt is portrayed in Viljoen’s assertion of the apartheid-era notion that European settlers “civilised” an empty, savage landscape.[12] The same is evident in differences between accounts of the colonisation of Libya, relayed by the ancient Greek historian Herodotus; and comparisons can be drawn with the contrasting histories written by English settlers in the Eastern Cape and orally preserved by the native Xhosa.[13] The universality of humanity, and the questioning of the multiplicity of realities that humans construct for themselves, is a much more important theme of Wesens – and demonstrates that it is more than the South African paradigm through which it chooses to convey its story.

On the one hand, then, Wesens demonstrates the futility of preservation after destruction; the tragedy of permanent loss of inestimable cultural and humanitarian value; and the greatly diminished scope and richness of a culture when it is parsed by an outsider – much like when capturing a human experience on 18 millimetre film.

Reconciling the “other” (or the “alien”) is central to this theme. Indeed, Conradie and Kuyper’s discovery that the “alien” is, in fact, human is a pivotal plot point. Further anxieties about the “other” are expressed by the stereotypically insular South Africans in repeated references to Russia,[14] and this choice seems intentional on Muller’s part. Set in a similar time period and under a similarly oppressive regime, Tarkovsky’s Stalker (1979) also struggles with themes of reality, the alien and the divine. A mysterious nocturnal visitation leaves a “Zone” that is forever changed thereafter, exhibiting fluctuations in the fabric of reality. Artefacts left behind fascinate humanity, but elude explanation by science in a manner similar to that of Wesens’s object. In either “zone”, technology becomes unreliable – the investigators’ car fails and the coolant “boils”, but the radiator is empty;[15] Stalker’s vehicles mysteriously cease running and are abandoned.

Cinematically, Tarkovsky and Muller handle transition into their respective zones in similar fashion. Tarkovsky uses one long take, following his characters’ rail cart into an increasingly peculiar landscape. Muller opts for a montage of short panning shots across the investigators’ sedan into the almost Martian terrain of the Karoo,[16] similarly facilitating and demarcating his characters’ transition into an alien world where the accepted rules of physics,[17] and the consistency of their reality, no longer strictly apply. The score accompanying both this scene and that of Conradie’s chromatography (which is introduced by the radio commentator as “from the East”[18]) feels like a pointed homage to films like Stalker, which combines a synthesiser and theremin with ancient, traditional instruments. This synthesiser suits Wesens’s Cold War-era setting, having been designed by a Soviet engineer employed in state espionage.[19] Its sound is mystical and unsettling, appropriate for transition between the scientific and the supernatural.

More importantly, comparison of these films provides another analytical lens for use on Wesens’s characters and, by extension, its themes. Stalker’s titular tour guide to the Zone has an almost religious reverence for it and the mysterious Room at its heart. He is a prophetic, priestly figure, ushering others towards divine experience through proximity to the Room. Similarly, after experiencing a moment of revelation brought on by proximity to the object, Kuyper provides catechisms of Khoisan belief,[20] and leads an attempt at sympathetically viewing and facilitating the religious moment of Kaang’s rebirth. Conradie’s chromatography – which appears like a trance-induced vision of the cosmos – is reminiscent of Tarkovsky’s water well scene, where the Stalker wishes that his companions may “believe” and realise that their earthly concerns are “merely friction between the soul and the outside world”.[21] The same is asked of Wesens’s investigators, for whom the guiding principles of Kennedy’s speech[22] that encourages progress at any cost feel misguided after Kuyper’s revelatory experience. Wesens seems to take a fundamentally humanist position, denying – again, through Kuyper[23] – that answers to existential questions or, indeed, one’s “soul” can be found among the stars or in human endeavour. Rather, they are found in introspection, the transcendental experience and other “wesens”.

Stalker claims, too, that “softness is great, but strength is worthless”. Similarly, Viljoen’s strength stems from unbending adherence to the mythology of the government he represents, and to conservative Afrikaner propriety, contrasted with Kuyper, Conradie and the Khoisan. The ensuing violence – seemingly emblematic of the near-extinction of Khoisan culture under apartheid – reinforces the close companionship between strength and death, and between gentleness and life. The mythology created for the apartheid project thus seems positioned by Wesens as a “hypernormalisation”[24] – a pretence of normality, or false reality, shared and constructed by the South African public – a reality which Kuyper comes to question inasmuch as the surety of the investigators’ technology is questioned when in proximity to the object. Thus, we are reminded that the citizens of both apartheid South Africa and the Soviet Union lived under oppressive and censorship-filled circumstances – ironically, given their opposition – each labouring under their own hypernormalities. Wesens’s melding of West and East, European and African, and its handling of the “other”, thus comes full circle to what I argue is the film’s core theme: that of a universal humanity between groups who might otherwise divide themselves using any abstractions they can create.

[1] Rousseau, J (1754). Discourse on the origins of inequality among men. Indianapolis: Hackett.

[24] Yurchak, A (2006). Everything was forever, until it was no more: The last Soviet generation. Princeton: Princeton University Press.

Framing the film Wesens (2020) from a cinematic perspective

Wesens is “a deep exploration of humankind”