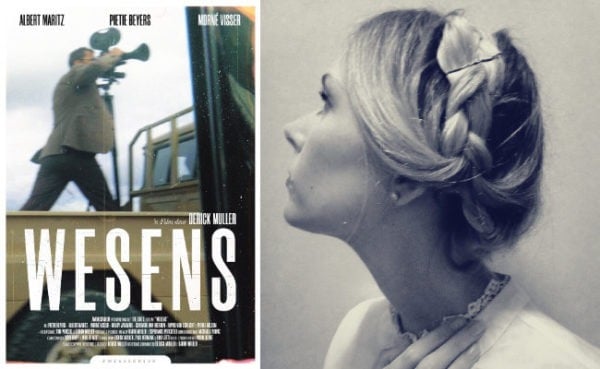 In this essay, I will be analysing the Afrikaans film Wesens directed by Derick Muller. I will be analysing this film not as a science fiction film, but as a film which looks at the mindset of the South African – back in 1967 and in our present reality – and our deeply entrenched beliefs and culture. This essay will delve more deeply into the psyche of the characters and what it means to be a South African; it will consider the collective guilt some of us carry with us from our forefathers, and how it shaped their past and shapes our present reality, particularly with reference to the Afrikaans person during the apartheid era. This film will also investigate the dangers of social collectivism versus individual thought, as well as the deeper questions of one’s own ontology (reality and truth values) versus one’s own epistemology (gained knowledge); it will also ask the question: “If perceptions are only our own perceptions, does that make it fact?” This essay will also look at the debate on nature versus nurture, and whether it can be argued that we are shaped by our own upbringing and our environment. Lastly, this essay will look at the various camera techniques that have been used to show the perspectives of the characters.

Although from the outset this film can be seen as a type of X-files episode of yet another investigation into an unknown object that has landed in yet another desolated location, it can be argued that this film is not really a science fiction film at all, but a film that delves deeper into the origin of one’s culture, one’s ontology and the birth of one’s epistemology. This can be reflected through the main characters’ eyes and through us as the “voyeur”. This film can therefore be argued to be a kind of “self-discovery” journey into the deeper questions of our existence and how culture is life itself. Just as the definition of culture is elusive, the unknown object presented in this film cannot be fully defined. It therefore can be argued that this film throws light on the subjects themselves, and on us ourselves, and on the characters’ actions, thoughts, fears, beliefs and norms.

On closer inspection – and introspection – the camera lens is used as “the all-seeing eye” and is a mechanism of peering into the eyes of the characters’ own fears and thoughts; it enables what we learn about them and our own reflection on our own identity as South Africans, as well as the shared collective guilt and the baggage we carry from our forefathers’ actions – relating to both the past and our present.

The film starts out with the camera lens positioned on the back of a moving car, looking over the shoulder of Major Martinus Viljoen. It can be argued that the director is trying to place us as the viewer and the voyeur in this conversation that is taking place between Major and his subordinate investigators. Throughout the film, the camera is often positioned in such a way that we are part of the journey and investigation (behind the lens). Immediately, we are introduced into the psyche of Major, an openly racist, biased, hypocritical and domineering man, who tramples over his subordinate’s thoughts and opinions. There is therefore a hierarchy being formed from the start; he is the boss of them all. The conversation about the bushmen and Major’s ancestors is indicative of Major’s own thoughts about those he feels are “lesser” than, or inferior to, him and his own people and culture. As far as Major is concerned, the bushman’s mind would still be in the bush, if he had not been colonialised by his “European ancestors”. Near the end of the film, however, our own mind’s perspective is challenged concerning the stereotypical idea that the bushman is the savage. In fact, whether we are educated, colonialised or Western-cultured, we too can turn into the monster savage creature and turn on our own kind. This can be seen throughout history; it is particularly seen in the climactic scene of the “civilised” investigator Major pouring oil over the unknown object, wanting to burn it down to the ground, and Conradie taking a shovel to Major’s head – almost wildly – impulsively wanting to kill Major.

Kuyper is seen to represent hope for the idea of man not being afraid of the unknown, but being curious, showing compassion and empathy.

In contrast to Major, who is narrow-minded, there is the character Kuyper. The investigator Kuyper is seen as a more level-headed, open-minded individual. He is interested in the object and is not as fearful as Major. In one scene, he lays his hands on the object, almost wrapping them around it maternally, or like a tree hugger, and the camera zooms in and out, capturing the “heartbeat” of the moment, and we the viewer watch and wait collectively in fear. Kuyper is seen to represent hope for the idea of man not being afraid of the unknown, but being curious, showing compassion and empathy. Through Kuyper, we too experience our own feeling of a shared humanity, and through Major, we experience our own shared guilt of the way we treat the other with suspicion, through a kind of social collectivism – our own constructed reality and group thinking; this and the dangers thereof are explored in subtext throughout the film. Kuyper therefore represents individual thought, not jaded or tainted; he appears to be like an innocent child, wanting to know, feel and experience his world through the eyes of the other and as a part of something bigger than himself.

Towards the end of the film, the “creature” emerges from the unknown object. Major, in fear, shoots the creature dead. Kuyper immediately cannot believe his eyes and is angry at Major for not “asking questions first”. Conradie and Kuyper tie Major to the car wheel (he has become wild like an animal now). Kuyper watches from afar through the camera lens, with us in tandem with him. Conradie is behind, filming Kuyper – we, again the voyeur, watch and wait. Another body emerges, and this time it is a woman. Kuyper follows her, Conradie and us trailing behind at his every move. We watch – the woman is naked, free from conventional constraints and any jaded or corrupted thoughts. She is not afraid, and she has not yet been tainted by accumulated knowledge; she is pure and innocent, newly born and one with nature and her surroundings.

As the viewer, we watch the camera go back and forth with Dutch tilting, the camera zooming in and out of focus on the woman. In the most poignant scene in the film, the woman is shown with an outstretched arm, with a praying mantis on her wrist, looking at the insect, as if for the first time. We realise that she is neither a monster or savage creature nor something to be feared. A juxtaposition is clearly formed now, and our perception of the other has changed. The actions of Major versus the woman are clearly distinctive in behaviour and mannerism. Major is the one we fear becoming; the monster in him is to be feared. His impulsive, irrational actions and openly biased, racist thoughts have become the monster in him, birthed in indifference. He is the one we fear – our shadow selves, the parts in us that we are repulsed by, afraid of seeing and becoming – but we are also repulsed by him. He has become the wild, untamed creature; his mind cannot be set free. He is caged in his own constructed reality. Major shoots the creature dead; Kuyper holds her in his arms. For the character and for us, this is the moment of “awakening”. We realise how dangerous mankind can be towards one another. We also realise that though we are different, we are the same. It can therefore be argued that this film explores this concept and our own self-discovery towards this conclusion.

In conclusion, Wesens is not so much a science fiction film, but a deep exploration into the psyche of humankind and of the South African viewer and our shared humanity. This film also gets us to challenge and recognise our own unconscious bias towards the “other”. Though culture is ingrained in us and forms a big part of how we shape and see our world, it is learned, and therefore we can unlearn the parts of our culture that no longer serve us, or the parts of it that do not do the planet any good. And though we carry the baggage of our past, we should not let it define us or our present reality, but we should make a collective effort to work hard to understand one another’s cultures better, and not just our own. In this way, it will lead us to have better understanding, knowledge, compassion and empathy for one another. Like Kuyper and Conradie, who are now enlightened by their shared experience, we who have shared in their journey should ensure that our eyes and minds do not stay closed, but stay open and curious – always questioning and always seeking.

“Leave your Hollywood notions at the door”: Mphanya Mmatseleng on Wesens

Wesens: A review by Bernard Frost