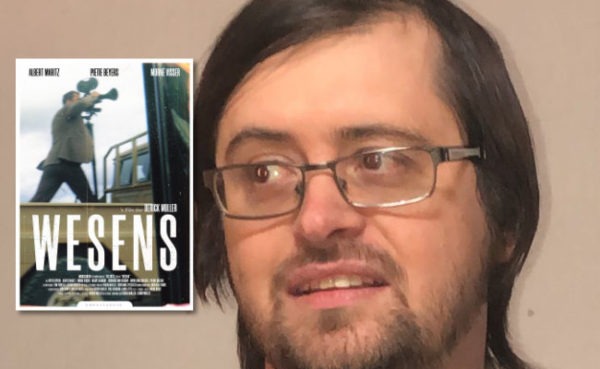 This seems to be the strategy employed by Wesens as well: using the found footage approach not just to draw the audience closer to the bygone era in which the movie is situated, but also to dissect some very pertinent questions around civilisation, progress and popular metanarratives that still inhabit the contemporary South African racial discourse.

The found footage subgenre of film positioned itself nicely as a means both to familiarise and to defamiliarise the audience. It is familiar because it is still film, a medium with which we have an unspoken agreement: tell us a story while acknowledging the handshake between audience and filmmaker signifying a tacit understanding that this is not real, but a representation. But it also defamiliarises the audience by way of shortening the bridge between film and participant. By this I mean that there is a mental break experienced by the audience because of the implication that the film was “shot” not by a cinematographer (an agent of the cinematic process itself), but by a cast member. Consequently, the viewer has a closer relationship with the experience in its entirety. To simplify: it feels more “real”. This has had great effect, especially within the horror genre, which saw an influx of found footage movies in the wake of the huge success of 1999’s The Blair Witch project. Horror naturally flocked to found footage because it was an effective way to heighten tension and increase fear.

However, one can argue that the subgenre has lost its way somewhat since its original debut in Ruggero Deodato’s 1980 shock-horror Cannibal holocaust, the film credited as the first example of using the found footage technique. While the film is known mostly for its hyperviolence and uncensored animal cruelty, it did use its found footage segments as an effective critique on the cannibal movies popular during the mid-’70s to ’80s. What Deodato accomplished with his film was to subvert audience expectations by using the found footage segments to question who the true monsters were: the cannibal tribes, or the “civilised” documentary crew (the source of the “found” tapes). The film shows the documentary crew engaging in and recording their numerous acts of barbarism in order to get more shocking material for their film. This was a far cry from the standard cannibal movie narrative, which usually played into Western fears of the “uncivilised savage” from jungles or other non-urban spaces. By inserting the footage from the documentary crew into the film, Deodato exposes the audience to the more authentic, unprovoked violence perpetrated by the film crew, and thus demands a level of introspection from the viewer (instead of just heightening the shock value).

This seems to be the strategy employed by Wesens as well: using the found footage approach not just to draw the audience closer to the bygone era in which the movie is situated, but also to dissect some very pertinent questions around civilisation, progress and popular metanarratives that still inhabit the contemporary South African racial discourse. For Wesens, using found footage is not purely an emotive strategy; it is a cerebral one which seeks to use the subgenre to interrogate white (often Afrikaner) ideas of racial exceptionalism.

Much of this interrogation occurs in the film’s opening dialogue between stout traditionalist Major Martinus Viljoen and man-of-science engineer Pieter Kuyper Albertyn, as they drive through the Karoo to investigate a possible extra-terrestrial occurrence on a nearby farm. The interaction, like the rest of the film, is presented through the lenses of the cameras operated by either Kuyper or fellow scientist Johan Conradie.

Viljoen’s matter-of-fact dialogue evokes racist ideas of a civilised Europe and an uncivilised Africa. He is a man who believes in a divinely ordained hierarchy which positions man (white man) as the adjudicator by whom both nature and other cultures will be judged and subsequently compartmentalised. In Viljoen’s worldview, there is only room for a single story to explain the world; anything beyond that is an aberration.

Kuyper, on the other hand, is less rigid in his worldview. Kuyper is willing to accept a broader, more inclusive narrative – one that does not position the white South African first in some arbitrary racial ordering. He sees Viljoen’s story as just another story competing for a place at the pedestal of recognition.

It is thus not surprising that Viljoen reacts violently when faced with phenomena his myopic ideology cannot internalise. When the human figure, which appears to be a native San man, emerges from the egg-like alien craft which the team has been sent to examine, Viljoen’s reaction is to shoot him. Regardless of the fact that the figure appears completely human, he is still non-white. The implications that the San man might be from a place or space beyond Viljoen’s elementary understanding of the world is enough to trigger a violent interaction, a pushback against jarring cognitive dissonance.

Only by knocking out and subduing Viljoen are Kuyper and Conradie able to study the second individual who emerges from the craft: a San woman. While quietly observing and recording this woman, Kuyper recounts a San legend: the story of their god, Kaang, who they believe gave birth to the human race. The observation is cut short when Viljoen reappears and shoots her. A panicked Kuyper cradles the dying figure and asks her who or what she is. Her final word: “Kaang”.

This final utterance ties the film’s central ideas together: that belief in racial superiority, Western civilisation and white exceptionalism are simply myths given social and political weight by an illusionary truth. Our “truth” is nothing but a story, a story that is swirling alongside thousands of others, each with its own conceptualisation of a truth.

The audience must confront the uncomfortable realisation that our Western ideas of civilisation, progress and superiority are fundamentally outdated.

These ideas are, of course, strengthened by the found footage choice. Having these themes presented to us through the additional authenticity provided by the found footage genre allows for a more direct engagement. While the film is situated in 1967, within South Africa’s deeply racist past, its narrative mode denies any sort of cognitive disengagement: Viljoen’s dialogue echoes familiar racist arguments that still permeate South Africa today, and the audience – by nature of the additional realness accompanying found footage – is not presented with a way out of this uncomfortable realisation. Similarly, the violence inflected upon non-white bodies by Viljoen is stripped of the usual distance inherent in conventional cinematography, and instead evokes images of state-sponsored apartheid violence.

The audience is not offered any reprieve and, like those viewing the atrocities committed by the film crew in Cannibal holocaust, must confront the uncomfortable realisation that our Western ideas of civilisation, progress and superiority are fundamentally outdated.

Wesens: a review by Ayden Kruger

Wesens: A review by Bernard Frost