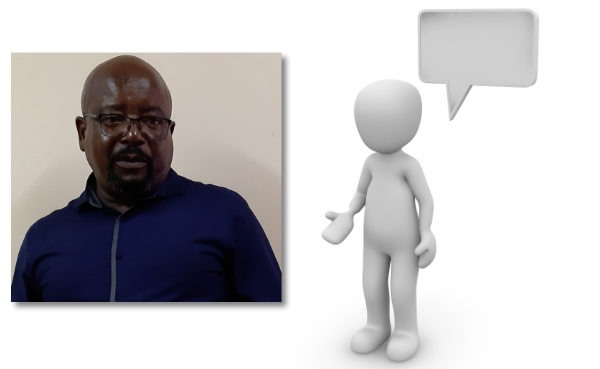 I am a firm believer in the “salad bowl” mentality despite its complicated nature.

The media have been awash with news of “that School” which used Afrikaans as a language of “othering” and of excluding black learners. This was ostensibly done to protect Afrikaans and its concomitant culture. I beg to differ. Language was being (ab)used here as a tool of exclusion by those have lost political power. Having grown up with the ability to exclude and racially segregate, they no longer have any stick with which to do so. So they resort to Afrikaans becoming a means to their ends.

Lest I be misunderstood as being anti-Afrikaans, I am not. I am used to being branded that, though, like when I was appointed as chairperson for the Afrikaanse Taalmuseum en -monument. People pursue a trajectory without facts by simply judging a person’s cultural and educational backgrounds as a means to exclude them. That is why I argue here about the misuse and/or abuse of Afrikaans. Mind you, this is a language with a rich history in its development, one that even borrowed from the San languages for its formation.

I am not an apologist, like those who scream at their highest volume for the development of African languages, but without providing funds necessary for such development.

Which raises the question: What about other indigenous languages?

I am not an apologist, like those who scream at their highest volume for the development of African languages, but without providing funds necessary for such development. I am referring here to people who are ready to invest in the development of a language, like the current Afrikaans which at some stage of its development was called a kombuistaal (a language of the kitchen). That did not sap the determination of those who wanted to see Afrikaans developed for use in the legal, economic and other spheres of life. But this cannot happen by using the politics of exclusion to ensure that black children are excluded from the so-called Afrikaans-medium schools. Not at all!

Afrikaans is not an exclusive language for racist Afrikaners. In fact, the majority of its speakers, by dint of history, are not “Afrikaners”.

Other indigenous languages have similar variants, and Madimabe Geoff Mapaya (2019) speaks of “advocacy for the use of Sehanamwa technical terms in academic discourse without subjecting to the rules of grammar as they obtain in English”. Sehanamwa is a language which falls within Sesotho categories of languages spoken in Limpopo.

Back, then, to our argument: We cannot, and should not, use the underdevelopment of African languages as an excuse to exclude children from access to education.

Institutional support and status involves far more than just mouthing platitudes to the electorate. It means a dogged determination, as displayed in the development of Afrikaans to where it is today.

To top it all, one finds that that those who are calling for the exclusive use of Afrikaans in certain schools are actually inviting antipathy to Afrikaans, because people start arguing that it is the language of the former oppressors, who are still trying so hard to impose their will on the majority. This seems to have turned into some form of annual political football that politicians use to their advantage, which is a shame.

Afrikaans speakers, all of them, are people who have founded Afrikaans as a language of opportunity and commerce. This is why Giles, Bourhis and Taylor (1977) developed the Ethnolinguistic Vitality Theory (EVT), which they defined as “that which makes a group likely to behave as a distinctive and active collective entity in intergroup situations”.

Let us develop African languages so that they can become more academic and can therefore be used in government, in schools, and for commerce and treated with parity and equity.

Institutional support and status involves far more than just mouthing platitudes to the electorate. It means a dogged determination, as displayed in the development of Afrikaans to where it is today from the time of the Genootskap van Regte Afrikaners in Paarl, the organisation that helped strengthen Afrikaners’ identity and pride in their language.

Again, this is not linked to race. I had never aspired to be a member of Afrikaanse Taalmuseum en -monument, but when the call came from the Minister of Arts and Recreation to chair the Board, I accepted. It was to help transform the organisation, and that led to the appointment of the current director of that institution, Michael Jonas (who, by the way, is not white, even though he speaks Afrikaans as his first language). The Board did not appoint him for his blackness, but because he is competent and has senior academic qualifications in the field of museums. He became a “fit for purpose” candidate.

Let us develop African languages so that they can become more academic and can therefore be used in government, in schools, and for commerce and treated with parity and equity.

No my people, nothing better will be achieved by using Afrikaans as a means of exclusion in the politics of identity. I am a firm believer in the “salad bowl” mentality despite its complicated nature. There are many ingredients of the salad, but one will still taste the lettuce, the tomato, the onion, the green pepper and all the other ingredients distinctly while still enjoying the salad, a new concoction. That’s what ALL of us as South Africans should strive for.

South Africa needs more people who speak truth to power without worrying too much about whom they will upset, otherwise the nation will be rent asunder by the politics of exclusion and race which, ironically favour the use of English as a so-called universal language that was purported to be able to unify the oppressed majority.

Never should one language be used to exclude. Simply to push English in and move other languages out is equally wrong. While it is helping spawn new identities of children for whom English is used as a first language and we pride ourselves even in shopping malls in defending the fact that our children speak only English and do not understand the vernacular language of their parents, it is not the right direction. Somehow we inevitably expose our little knowledge that English, like all other languages, is vernacular to first-language speakers of that language.

BAQONDE and multilingual education in South Africa: An interview with Lorna Carson