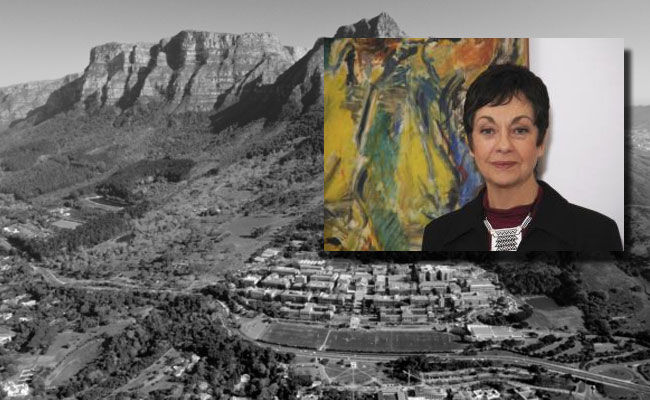 A total of 75 works of art have been removed since the fall of Cecil John Rhodes's statue at the University of Cape Town, most of them after the Shackville protest by students  in February during which paintings from a hostel were burnt.

The removals were done for a range of reasons, among which were concern for their safety, insurance, their isolation or the fact that they were close to other more controversial paintings, sites or plaques.

However, among these were ten works that were "prioritised" because students  in discussions with university authorities since the launch of the #RhodesMustFall movement had  identified them as works frequently mentioned among black students as causing offence when they encounter them on campus.

The 75 art works were identified by a special task team set up by the university council alongside other task teams (eg one on changing place names) to look into ways to advance decolonisation that would take into account the interests of all in the university community, also those of artists. Students are members of the committee.

The task team aims to submit a report by the middle of the year, and the works have been taken down on a strictly temporary basis until such time as a proper curatorial policy has been worked out for the whole university. However, it is also clear that much weight will be given to the opinions of students who take offence at certain works.

At this stage the ten works at issue remain unidentified. However, works of Breyten Breytenbach were removed because they were on loan from their owner and the university felt it had a "double curatorial responsibility" towards them.

In the case of some of the paintings the idea had initially been to return them to their places of display, but the university discovered it would incur extra costs that may turn out to be gratuitous should it be decided in the end that these paintings should be put up elsewhere or kept in storage for "non-political" reasons.

Here is the task team's motivation of its approach and actions:

In May 2001, after eleven years as director of the South African National Gallery in Cape Town, Marilyn Martin was appointed director of Art Collections for Iziko Museums of Cape Town, an amalgamation of government funded museums. Prior to her career in the museum sector she was senior lecturer in the Department of Architecture, University of the Witwatersrand. She talks to Hans Pienaar about the removal of art works at UCT.

Hans Pienaar asked Marilyn Martin about her view regarding the removal of artworks at the University of Cape Town and here is her response.

This is the price we pay for living in a society that is visually illiterate. Unless you have attended a school or university and obtained formal education in the visual arts, or you have empowered yourself by reading about and looking at art, you are one of the millions – at all levels of society and across our complex demographics – of the visually illiterate. The “great living leveller” we may call it. So the problem needs to be addressed at junior school – not only with regard to the visual arts, but with regard to all the arts.

Commenting on the furore and actions around the Rhodes statue at UCT, David Goldblatt’s interest in human values, the clarity of his voice and wise words spring to mind (an interview with Jeremy Kuper, 2015: “The structures that David Goldblatt values”, available here.

I applaud the sudden awareness that lies behind this, that statues actually have significance. They are not simply blocks of stone, granite or whatever … But I am totally opposed to the kind of direct action that was taken in Cape Town and now in other places. It precludes discussion and I think a democracy is based on the idea that when you have differences you can talk about it … it’s fundamental … That students threw shit over Cecil John Rhodes is a very important and significant event. The significance lies in asking what ­values were they expressing in those actions. Get to grips with those and I think you’re beginning to understand some of the forces at work in this country.

Let’s keep this in mind when we consider the current situation at UCT and the questions that require responses.