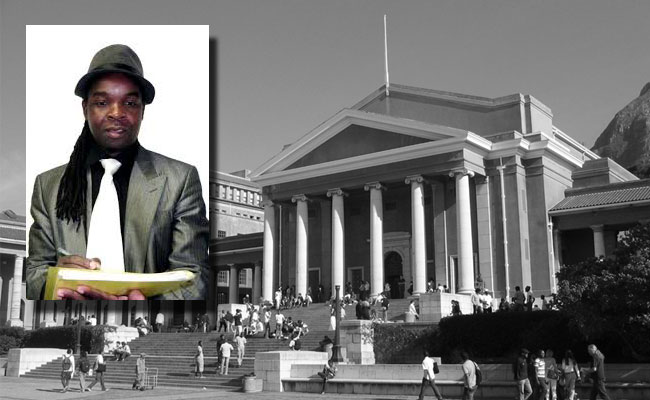 A total of 75 works of art have been removed since the fall of Cecil John Rhodes's statue at the University of Cape Town, most of them after the Shackville protest by students  in February during which paintings from a hostel were burnt.

The removals were done for a range of reasons, among which were concern for their safety, insurance, their isolation or the fact that they were close to other more controversial paintings, sites or plaques.

However, among these were ten works that were "prioritised" because students  in discussions with university authorities since the launch of the #RhodesMustFall movement had  identified them as works frequently mentioned among black students as causing offence when they encounter them on campus.

The 75 art works were identified by a special task team set up by the university council alongside other task teams (eg one on changing place names) to look into ways to advance decolonisation that would take into account the interests of all in the university community, also those of artists. Students are members of the committee.

The task team aims to submit a report by the middle of the year, and the works have been taken down on a strictly temporary basis until such time as a proper curatorial policy has been worked out for the whole university. However, it is also clear that much weight will be given to the opinions of students who take offence at certain works.

At this stage the ten works at issue remain unidentified. However, works of Breyten Breytenbach were removed because they were on loan from their owner and the university felt it had a "double curatorial responsibility" towards them.

In the case of some of the paintings the idea had initially been to return them to their places of display, but the university discovered it would incur extra costs that may turn out to be gratuitous should it be decided in the end that these paintings should be put up elsewhere or kept in storage for "non-political" reasons.

Here is the task team's motivation of its approach and actions:

Edward Tsumele is an award-winning arts writer who contributes to Business Day, Sunday Independent and African Independent in South Africa, and  is a correspondent for the UK-based publication New African. He talks to Hans Pienaar about the removal of art works at UCT.

The University of Cape Town has had 75 art works removed from the walls from some of its buildings. What was your immediate reaction to the news?

Do you think it is a case of censorship?

It is 100% a case of censorship, ironically in a democracy whose constitution allows for freedom of expression such as through art.

Should the offence taken by students, especially those who identify themselves as black, be taken into account when selecting paintings to be displayed in public places on South Africa's campuses?

The selection of art must be based solely on its artistic merit and not on what a section of community would like to see or not see displayed in public spaces.

Some of the works were by Breyten Breytenbach. Were you surprised by this choice, give that he had served a jail sentence for his anti-apartheid activities, has a Vietnamese wife, and is well-known for his anti-colonial writings?

Not surprised at all.

South African art seems often to take its cues from movements and trends in art from overseas.  Would this be a form of colonialism, or neo-colonialism?

Artists must be allowed to be influenced by anyone, overseas or local. Society should not attempt to dictate who should influence artists. Society should never meddle in artists' creative inspiration. There should never be dictatorship with regard to how artists represent the human condition in their works; whether we agree or do not agree with such representation, it is none of our business as society. We have the choice to either accept or reject such representation, but have no right to meddle in the creative process.

Can strands of anti-colonial art be identified in the history of South African art?

Sure. There is a lot of it. Take, for example, the art of Dumile Feni.

Can art works be decolonialised? Or architecture, as at the University of Cape Town?

Let the art prevail, colonial or not colonial. This is an expression of how certain artists interpreted what they saw at certain times in history. Let us as the public view everything, colonial or postcolonial. As the public we have the right to be offended or inspired by art. Sometimes I like to be offended and provoked by art, as it stimulates thinking in me. I do not always, for example, like to watch plays that say everything is good, the world is perfect and all human beings mean well. The same thing applies to paintings or drawings. Life would in fact be boring if there was such a thing as perfect human beings that do good all the time and are perfect all the time. We are not God, after all. What I resent is for people to be offended on my behalf, and therefore try to think for me as to what art I must view as an adult. I should be allowed to be offended on my behalf, not have anyone else being offended for me.

The university's task team states: "The Task Team notes that a number of commentators critical of  the campus display practice have pointed out that many of the artworks are displayed in settings in which colonial-era architecture has a predominant, even saturating, presence. This is one of the many environmental factors that affect how the works are apprehended by the public that views them on a daily basis." Would you agree?

I agree only if that is, in fact, the case. I would say that the display of art works in public spaces is the responsibility of curators, and as such they must be mindful of the context in which they exhibit the works. For example, it would be offensive to display art works depicting colonial conquests in a university residence with a predominance of black students. But similar art works displayed in a history lecture hall would not be offensive as it is contextually exhibited there. So, yes, there is a need to be sensitive in a way art works are displayed, but hiding such art works entirely from public view is not acceptable, as we would not be able to learn from history.