“The programme aims to celebrate and honour the life, times and contribution of this prolific woman who has written extensively and has made history by being the first South African black woman writer to publish a novel in English.”

On 16 March 2019 the Miriam Tlali Reading and Book Club will host a panel discussion under the theme “Literacy in indigenous languages as the foundation of community, economic, social and political development”.

Menán van Heerden chats to Sindiswa Seakhoa, director at the wRite associates and the Miriam Tlali Reading and Book Club convener, about the book club, the legacy of Miriam Tlali and the importance of indigenous languages. 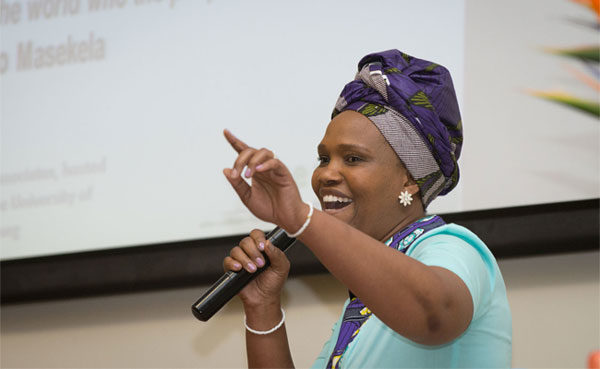 What languages fall under the banner indigenous languages in South Africa?

Tell us more about the significance of Miriam Tlali's legacy.

Miriam Masoli Tlali (11 November 1933–24 February 2017) was a scholar, novelist, short-story writer and struggle activist. She has written many novels and short stories, including Between the Two Worlds, Amandla, Footprints in the Quag, and Mihloti, and a collection of short stories and essays.

Miriam has also written a play, Crimen injuria. She has received many awards internationally and domestically, including the South African Lifetime Achievement Literary Award in 2005 and the South African National Orders’ Presidential Award, Ikhamanga: Silver in 2008.

Tlali has eloquently spoken and written on numerous difficulties facing black women writers in South Africa. Her own life has been a determined struggle to fulfil what she sees as her role as a writer: “To conscientise the masses”.

It is important that her legacy is kept alive so that she can continue to inspire the young and future generations. 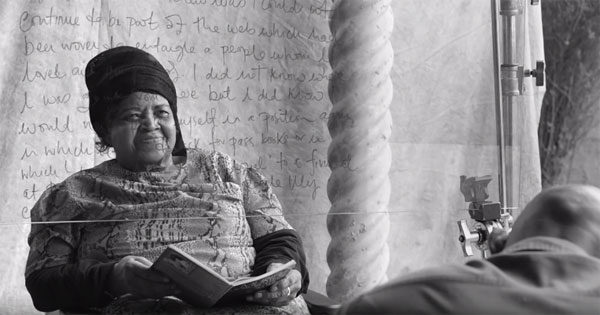 Tell us more about your book club: why it was established?

The Miriam Tlali Reading and Book Club is a legacy programme under the South African Literary Awards (SALA), managed and co-ordinated by the wRite associates.

The programme aims to celebrate and honour the life, times and contribution of this prolific woman who has written extensively and has made history by being the first South African black woman writer to publish a novel in English.

The programme invites writers, readers and the general public to discuss books and literary topical issues and take part in other interactive platforms to promote the culture of writing and reading.

The Club will also host literary talks and workshops and support book launches. This programme is set to excite academics, bookworms and light readers.

The club also caters for published and unpublished men and women, young and old who wish to join the effort to enhance South Africa’s literary state and reading and writing culture.

What other panel discussions are in the pipeline?

Tell us more about the speakers and the facilitator of the panel discussion. What are their areas of expertise?

Vuyisile Msila is the former head of the Institute for African Renaissance Studies. He is a biographer whose books include Mzwandile Maqina: The untold story (2017) as well as The black train rising: the life and times of Welcome Duru (2009).

He currently works at the University of South Africa and has published research in the area of indigenous languages in South Africa.

Malebo Sephodi is a South African writer and researcher. With over six years’ corporate and just over 20 years’ community development experience, Malebo has worked and spoken in various parts of Africa, Europe and the Americas. She has worked with many schools, NGOs and the private sector tackling numerous socio-economic projects.

She has been listed by Okay Africa in Top 100 women in Africa 2018 and Mail & Guardian Top 200 Young People 2018. She is the recipient of the Fabulous Woman Brave Award 2018 and Gauteng Legislature Vita Basadi Award (Runner-up).

She is a Wits City Institute Mellon Fellow and recipient of the Wits University Walter and Albertina Sisulu Prize. Her research interests include gender, human rights, Africa’s economy and human development, and the hegemony of science.

Her debut non-fiction novel titled Miss Behave, published by BlackBird Books (imprint of Jacana Media), was released in May 2017. Described by many readers as "compulsory reading”, Miss Behave tracks Sephodi’s journey as a black woman in South Africa fighting for autonomy over her life.

She addresses issues such as patriarchy, sexism, intersectionality, body positivity and economic quotas. Malebo is in the process of writing her second book, which will be launched in early 2019.

Mubanga Lumpa is a young Zambian with a passion for the use of African languages in African literature. He studied at the University of Zambia and is currently pursuing his postgraduate studies. Recently, Lumpa has been interacting with different African writers with the view to raising awareness on the important role of an African writer as drum major of the African Renaissance and Identity.

Lumpa also uses his role as a professional librarian, social media blogger and literacy activist to promote the use of libraries as important institutions in society that collect, organise, preserve and disseminate different forms of works by writers for the benefit of future generations. Currently, Lumpa contributes to one of Zambia’s national daily newspapers as a weekly columnist.