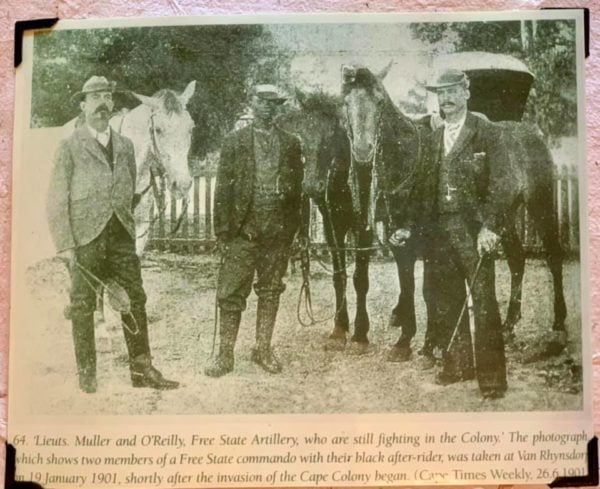 The photograph that began it all. Found by chance in Karel Schoeman’s Witness to War.

The Jagger Library fire has rekindled (!) my interest in my project.

In 1999 I found a photograph in Karel Schoeman’s Witness to War. I recognised my great-grandfather WH Muller, captain in the Free State artillery. It set off a journey — a literal one where I searched for and found references to him, discovered his memoirs of the Anglo-Boer War in the archives in Bloemfontein.

After reading them I took a journey — following his footsteps (horse prints) from Bloemfontein to Stormsberg (he was the bombardier in one of the first battles of the Anglo-Boer War), along the edge of Lesotho where he was with De Wet, and up into the Western Transvaal, then Eeastern Transvaal, then down to the Northern Cape where he met up with Smuts. A bittereinder, his three years on horseback, all in his handwritten journals.

I translated them, made a book, hand-bound it in leather with a parallel text (his and my translation). I painted, wrote poetry, made more books. All a rich experience of reclaiming family history and memory. 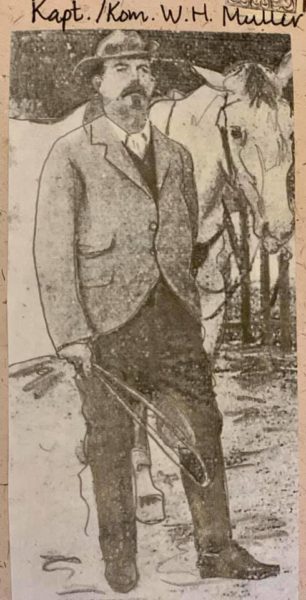 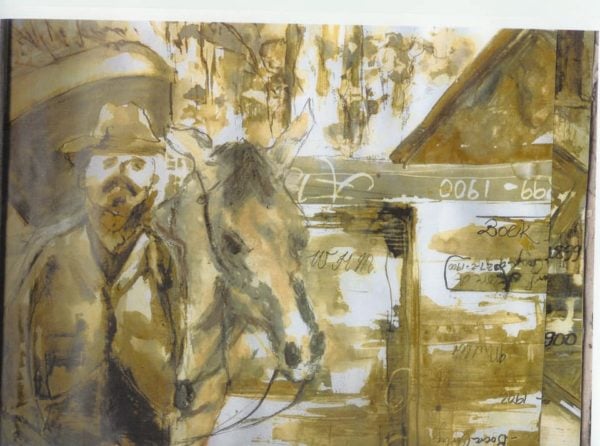 I began recovering memory by painting and drawing him. Then by making scrapbooks of what I found. 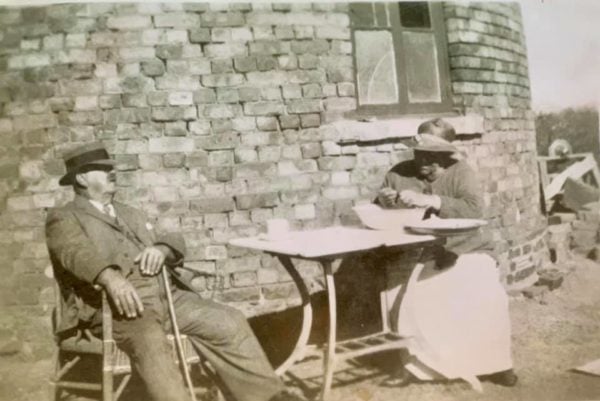 My aunt found this photo of my great-grandfather outside his writing rondavel with Martha, his wife, shelling peas. He was in his 80s. The highlight of his life was the three years on horseback fighting off the British. He settled back in his home at Glen, near Bloemfontein, where he went on to run a creamy and was an initiator of the irrigation systems of the Modder River scheme. 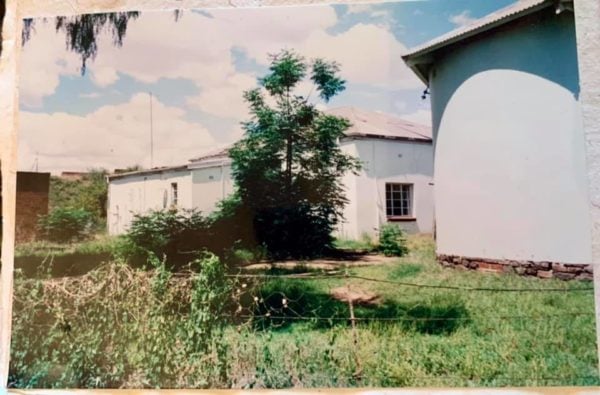 100 years to the day Groot-Oupa Muller fought in the first battle of the Boer War, I stood at his home at Glen, near Bloemfontein. The rondavel where he wrote his memoirs still standing. He had begun his adult life here as a teacher, a will-writer, a letter writer, and general dogsbody. Towards the end of his life he wrote in this rondavel, among the books he had collected his whole life. 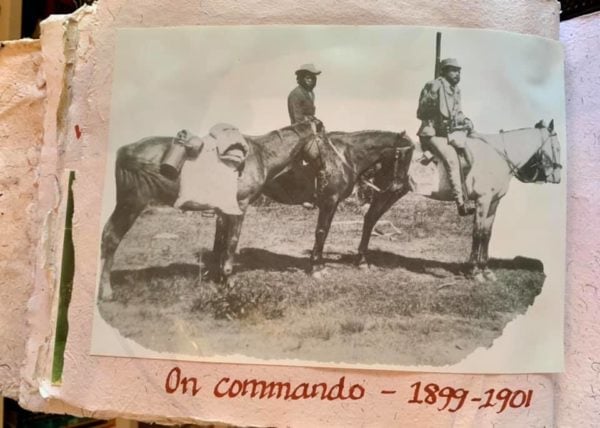 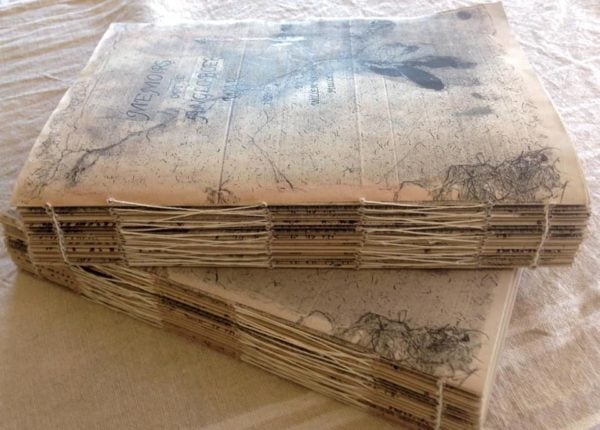 After laying out the pages, making a few copies, I hand-bound them before sewing them into a leather cover. 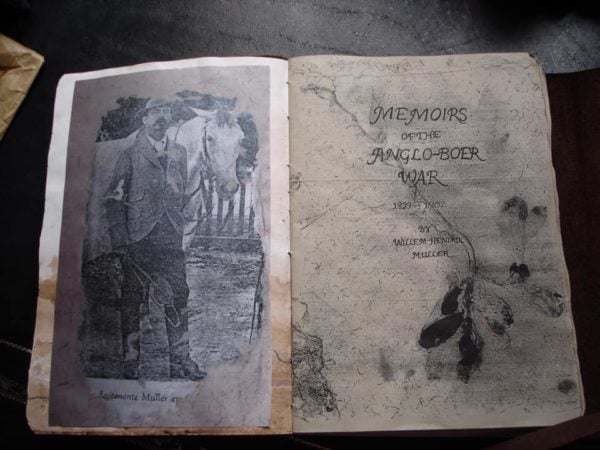 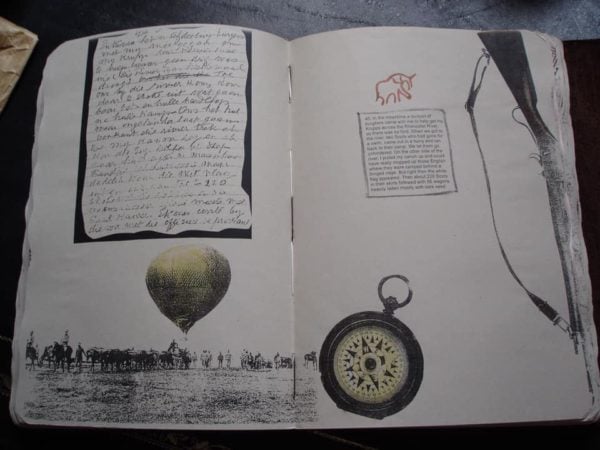 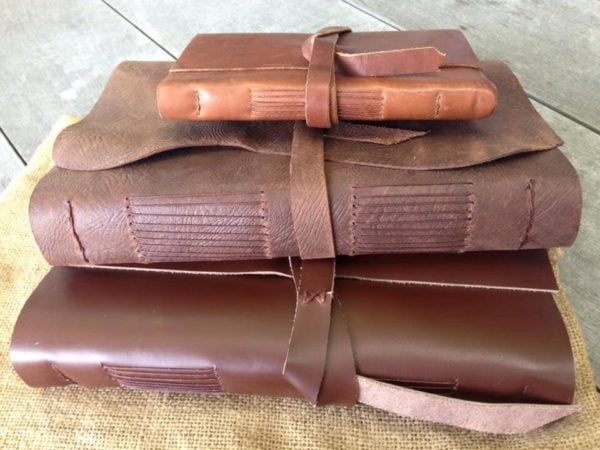 I bought two whole cow hides at a leather factory in Wellington. Full circle — my Dutch ancestors began their lives in SA settling near Wellington in the 1650s where one was a wagon-maker.

Heritage to ashes, dust to dust