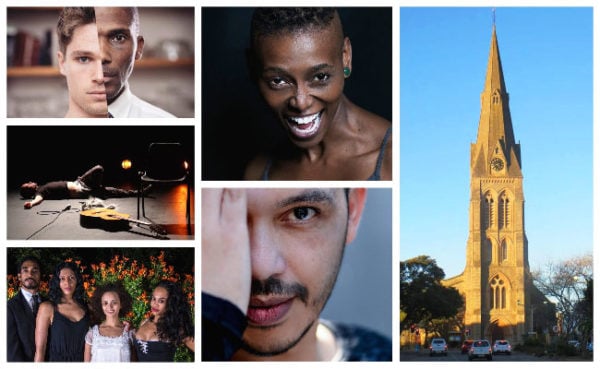 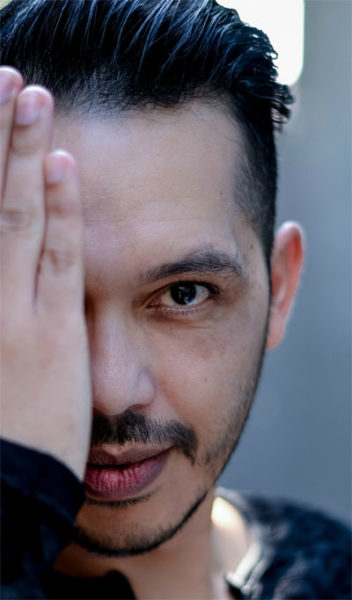 “Very few other festivals in the country have the demographic diversity of our audience. By numbers, we’re also the largest multi-arts festival of this kind on the continent, and we’ve also been around a lot longer than most.”

The 44th National Arts Festival is taking place from 28 June until 8 July in Grahamstown.

Ashraf, can you please elaborate on the role of the executive producer in organising the National Arts Festival? What does your role entail?

Executive producers are normally found in commercial entertainment industries, such as television, film, radio and music. They are less common in the more traditional arts spaces, such as theatres, galleries, arts centres and festivals, where you are more likely to find an artistic director. In my case, the two different titles are somewhat interchangeable. Like a commercial producer, I need to ensure that I bring the artistic programme of the National Arts Festival in on budget; but, like an artistic director, I am also responsible for both the quality of the overall artistic programme as well as the overall artistic direction of the National Arts Festival. 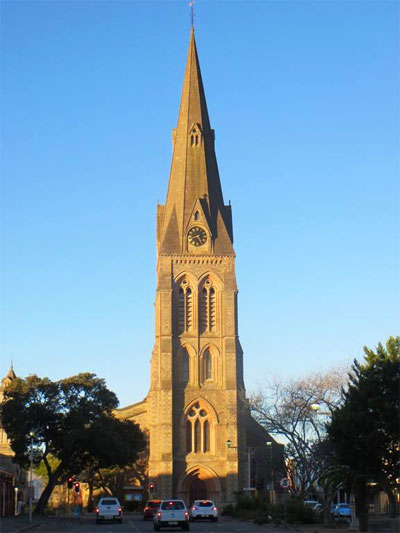 What is the biggest change you have seen at the National Arts Festival over the years?

This is only my second year as executive producer, so I can’t really comment from that perspective. But, having attended the festival since 1993 in various other capacities, I think that every festival is quite different each year. Some years, the changes are almost imperceptible, while in other years the changes are more radical. The audience from then to now has changed quite a lot, but then so has the country, so that makes sense. Past changes in the location of the Village Green Market have changed the feel of the festival quite radically and impacted strongly on the overall audience relationship to Grahamstown as a creative and cultural space.

What can festivalgoers expect from this year’s festival, and what highlights can they look forward to?

A new location for the Village Green Market. The programme of works by our 2018 featured artist, Mamela Nyamza, is certainly my top highlight. In close second is pretty much everything on the programme by our six Standard Bank Young Artists. Boris Nikitin’s solo, “Hamlet”, has me super excited. “Selwyn and Gabriel” by Richard Kaplan is a beautifully written piece of new South African writing and is well worth seeing. There is a lot of anticipation around “Jungfrau”, directed by Jade Bowers, which opened in Germany last month and comes home to the National Arts Festival for its South African premiere. “Staged” is a showcase season of four plays in development, including Wynne Bredenkamp’s “At the edge of the light” (South Africa), Joakim Daun’s “The incident” (Sweden/Zimbabwe/South Africa), Maude Sandham and Nicola Pilkington’s “Tracks” (South Africa) and Greg MacArthur's “A city” (Canada/South Africa). 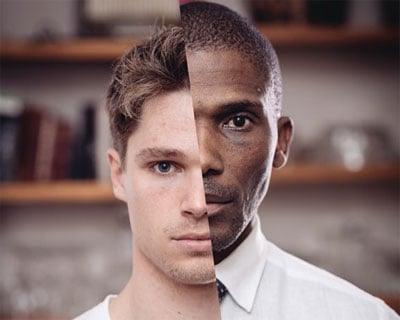 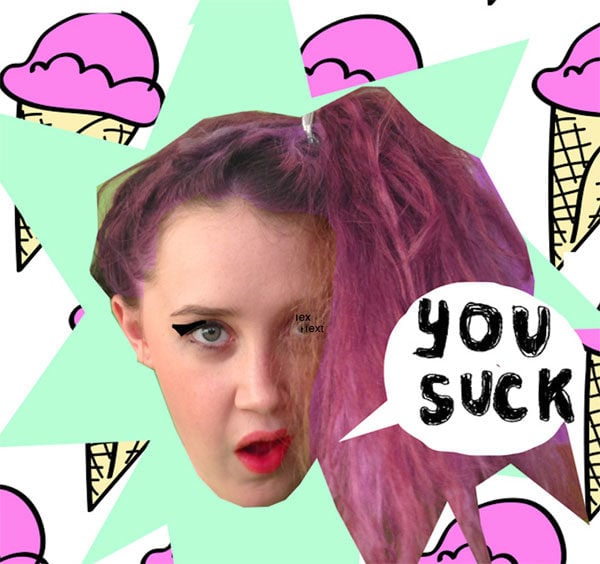 Can you please elaborate on new features added to the festival programme this year, such as the Creativate Digital Arts Festival, the Festival of Film and Ideas, and the new home for the Village Green? What do these features entail?

Creativate is an all-new digital arts festival within the festival which explores the intersection of creativity and technology. The old film programme along with what used to be Thinkfest have merged and now morphed into the tightly focused Festival of Film and Ideas, housed in the Monument Building. 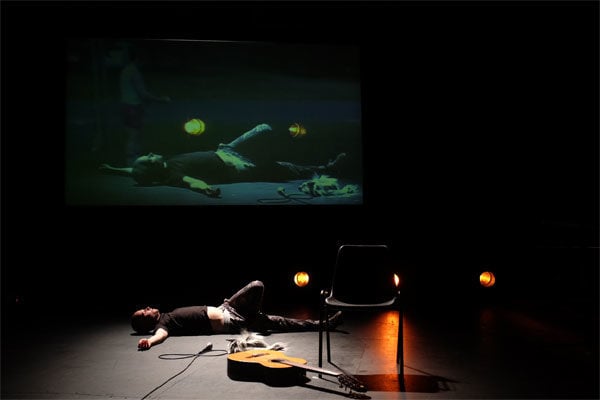 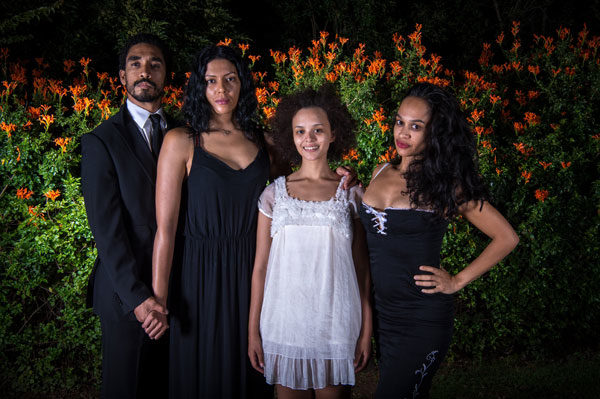 Ashraf, in your opinion, who are some of the artists to keep an eye on at the festival this year?

Carla Classen as Evelyn in “Jungfrau” gets my vote for breakout performance. Gopala Davies is the directing talent behind “A city”, and I’m excited to see what he’ll be putting on the boards this year. I am a Klara van Wyk fanboy. She makes her Main Programme debut with “Le chair de ma chair” and also returns to the Fringe with “You suck and other inescapable truths”. 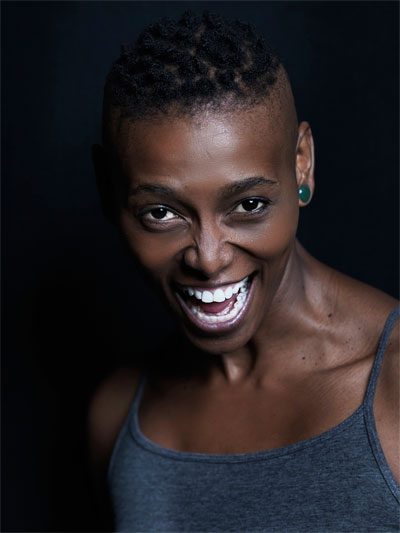 What South African languages can be heard at this year’s festival?

Productions are predominantly in English, Afrikaans and Xhosa.

In your opinion, what role do arts festivals like these play in promoting the arts in South Africa?

They’re immersive experiences where you can spend days sampling some of the best arts and culture on offer in the country and also from the rest of the world. Festivals also act as arts markets, where producers and presenters shop for new work and for talent.

Lastly, what makes the National Arts Festival different from other arts festivals in the country?

The audience. Very few other festivals in the country have the demographic diversity of our audience. By numbers, we’re also the largest multi-arts festival of this kind on the continent, and we’ve also been around a lot longer than most.

Ashraf Johaardien is a creative producer, playwright and performer. In a career spanning two decades, he has produced and presented over 500 local and international plays and presided over arts festivals for the University of the Witwatersrand and the University of Johannesburg. He was appointed as executive producer of the National Arts Festival in 2016.