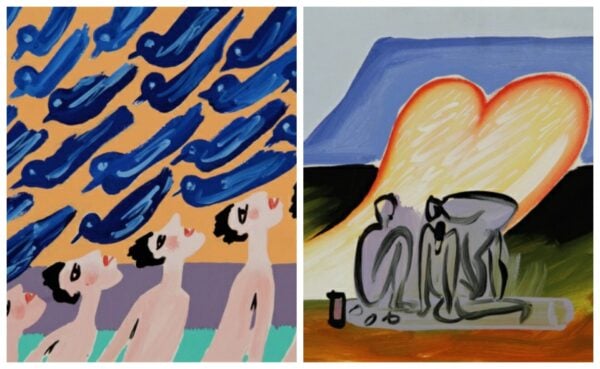 The Walter Battiss Art Museum was originally built as the officers’ mess in 1818, when the governor of the Cape, Lord Charles Somerset, sent botanist DFR Joseph Mackrill to find a site for a farm to grow crops and fodder for the British troops fighting the Frontier Wars. Mackrill described the area under the Boschberg Mountain as “the great lawn”. Bester and Trichardt, who were growing tobacco, were bought out, and first Mackrill and later Robert Hart supervised the growing of crops. In 1825, when the farm was closed, the building went through several changes of ownership, until it was bought by local farmer Sawtell, who was responsible for adding the cast iron fence and the Victorian veranda. Between 1914 and 1917, the Battiss family rented the building and ran it as a private hotel. In the late 1970s, two of the mayors of Somerset East donated the building to the Provincial Museums Department, and in 1981 the Walter Battiss Art Museum was opened. The sense of history is strong in the building, and “if only these walls could talk” is a frequent, plaintive remark!

The sense of history is strong in the building, and “if only these walls could talk” is a frequent, plaintive remark!

Talking about history: what is your personal background? How did you end up in Somerset East in the Walter Battiss Museum?

I was born in Australia, met and married my South African husband there, and spent 41 years on a farm near Somerset East. In 2006, when we moved to town, I got the tourism officer job. This improved greatly when, after working in a municipal building, we managed to move the Information Office to the Battiss Museum, which was not manned all the time. This move was win-win for the Info Office and for the Battiss Museum, as it is now possible to open the Battiss whenever visitors to town want to see it.

Please could you tell our readers about Walter Battiss?

Battiss is a huge subject! Briefly, he was born in Somerset East in 1906 and became South Africa’s best abstract artist. He is still considered to be our best water colour artist.

Battiss is a huge subject! Briefly, he was born in Somerset East in 1906 and became South Africa’s best abstract artist. He is still considered to be our best water colour artist.

He taught at Pretoria High School for Boys for 30 years and was well known for his interest in rock art, which influenced a lot of his work. Professor Battiss is still noted for coming up with his Fook Island concept. Shortly before his death in 1982, he brought a big collection of his art to open the Walter Battiss Art Museum in the old officers' mess, the lovely double-storey house in which he had lived for a few years as a child, while his family ran it as a private hotel. He caused controversy and was also much loved, and a huge amount has been written about him. 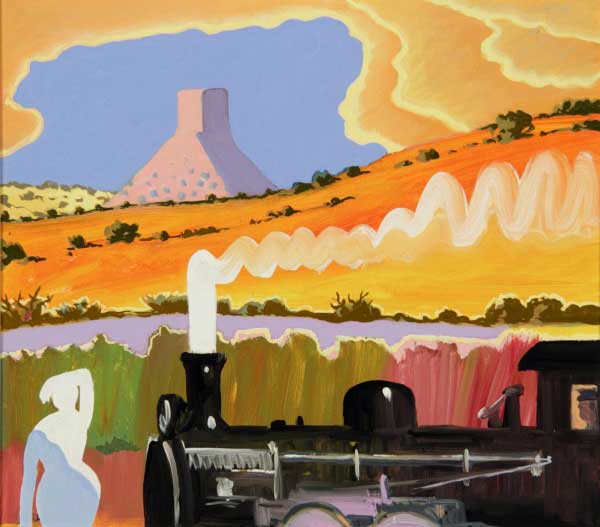 Somerset East is quite a big town in the Eastern Cape, but is not as familiar a holiday destination as, say, Cape Town. At the Jakes Gerwel PEN (Afrikaans/Nederland/SA) writers’ residency I have just attended, I realised how much history there is to explore in this part of the country. I can recommend reading Mphuthumi Ntabeni’s (fiction) books – for pure pleasure, but also to find out more about the Frontier Wars and the Xhosa heritage in the Eastern Cape. Ros, you have lived in Somerset East for quite a while. What interesting facts about the town can you share with our readers – tourist attractions or interesting historical facts?

Somerset East is not only an agricultural base; there is also a fair amount of light industry here. Because of three early explorers who wrote of their travels – Anders Sparrman in 1775, Robert Jacob Gordon in 1777 and Francois Levaillant in 1882 – the history of the area is fairly well documented. The Slachter’s Nek Rebellion and subsequent executions by hanging of five of the rebels is part of the history as well. On a lighter note, the rumour that there were unicorns on the Boschberg adds a bit of charm. The Boschberg is famous for its plant life, documented by many botanists, and its beauty and bird life attract walkers and bird enthusiasts to explore.

The Boschberg is famous for its plant life, documented by many botanists, and its beauty and bird life attract walkers and bird enthusiasts to explore.

There are many stories: Kepe, the robber and murderer who lived in a cave for many years until he was captured and hanged, and about whom a movie was made recently; and the tragic story from 1935, when four orphans from the local orphanage who ran away from a picnic, died up on the mountain.

There is not always enough money to look after the Walter Battiss Museum, as is the case with many other cultural heritage and artistic sites in this country. Sometimes it is for reasons one cannot argue with – if a hungry child needs food, this is an important place the money should go. But it is a complicated situation in this country – the matter of what is of importance. I met you because I am one of the writers at the Paulet House, next door to where you work – and because Bronwyn Davids, a previous writer at the house, directed me to you. As curator of an arts museum, you surely have thoughts on artists needing space and time to work. At the same time, artists need life to inspire, as well. And in a country like South Africa, is art really that important? What about food, what about jobs, what about other things like feeding hungry children? Simply put, do you think that art matters (in South Africa) – and why (or why not)?

A very complex subject, and as I do not have an art background, I don’t feel I am really qualified to say too much, but here goes.

Man has been creating art for tens of thousands of years, so it obviously fills a very basic need. Battiss took the art of our First People so seriously that he wrote several books about it and did a huge amount of valuable research.

Practical matters: if one of our readers is in the area, where can they find you, and what are the costs and practicalities involved in visiting the museum?

The Walter Battiss Foundation has a Facebook page and a website www.walterbattissart.co.za (as well as www.somerset-east.co.za), so it is easy for people to contact me and make an appointment or phone me when they get to town. I am in my office from 10:00 am until 2:00 pm on weekdays. For people who come during those hours, admission is R20 per person. For people who ask me to open on weekends or public holidays, it costs R30 a person with a minimum of R100.