In her felicitously titled article “Pictures worth a thousand words: metaphorical images of textual interdependence” (2009), Carmen Lara-Rollo draws attention to the renewed sense of interest in the interface between image and word. This image/word or visual/verbal connection is indicative of textual relationality. In the introduction of The future of text and image (2012) the compilers Amihay and Walsh stress the importance of investigations regarding the interplay between the visual and the textual in literature, which they regard as a discipline that is fast gaining its independence. In the afterword, Hirsch (2012) suggests a possible strategy where the relationship between image and word is concerned, namely a combined reading/viewing, causing a “close encounter of the third kind” which is inherently hybrid and divided, and yet is simultaneously suggestive of “relationality, connectivity and contrapuntally”.

It is these preceding insights that serve as the premise that guides the objective of this article, which is to investigate the relationship between the visual text and written text, in addition to worlds-in-words and worlds-in-image, in Lien Botha’s acclaimed novel Wonderboom (2015). Lara-Rallo postulates the function of text and text (or image-text and word-text) as that of mirror and text, a clear indication of textual relationality – and the focus of this investigation. In an interview with Naomi Meyer (2015) Botha explains the textual relationality of word and image in her novel: “I suppose Wonderboom is what I have always been working towards, but I only see it now. The image and text have only just dovetailed.”

The photos in the novel, presented as part of the text can be considered an interface with Botha’s overall oeuvre, as they featured in her previous solo exhibitions. As a result, Botha’s visual oeuvre is also considered for the purpose of this investigation. It should also be noted that as a fine-art photographer, Botha tells visual stories with the images she captures. Consequently, the images included in Wonderboom should not be seen as mere “illustration” of the word-text, but as an integral component of the story. Botha tells the story through words, through text, and the confluence of these two aspects.

Important insights for the reading of the novel can be gleaned from Botha’s artistic views, which relate to surrealist photography. According to Jamal (2002:2) her artistic views do not derive from surrealism as such, but instead resonate with the feeling of discontentment and unrest (which is apparent in the work of, for example, Giorgio de Chirca and Max Ernst). In the Yonder exhibition (2014) the pieces are clearly the result of the unresolved tension that stems from the difficulty of making sense of environments scarred by loss, faded memories and the brevity of life. Botha’s rapport with surrealism also permeates the written text. The protagonist, Magriet de Vos, experiences her surrounding world as discomfiting and out of kilter (214). The novel sketches a post-revolutionary wasteland, an economic and social apocalypse. For Magriet, the sense of malaise is established by dystopia and catastrophe, resulting from the loss of a once trusted and meaningful world. The chaos of Magriet’s world causes her defence against anomia, against the terror of meaninglessness, to collapse. This collapse indicates the problem of ontological security, a central theme of the novel. The deterioration of Magriet’s ontological certainty can be ascribed to the desolation of her physical and social surroundings. The ruined structures in her surroundings (literally ruined and dangerous spaces, and the complete disintegration of socially constructed frameworks), the encroaching threat of her amnesia, in addition to her meaningless existence, cause the collapse of a once meaningful framework.

This story is told visually. The beginning of every chapter contains a photo of a construction/collage serving as an introduction to the chapter, but more importantly functioning as leitmotif for the theme of absence and loss. In the notes at the end of the novel, Botha refers to the so-called “image sequence” of British photographer Eadweard Muybridge (1830–1904). In the novel she applies this image sequence to the collage in Wonderboom, which serves a similar function, namely that of a disintegrating image sequence (224). This reference sends the reader to the oeuvre of Muybridge for him or her to follow the possible influence of precursory texts. Muybridge is famous for his pioneering work with photographic studies of motion: he designed series of photographs which aim to “write” motion visually – to encode movement in language.

The collage can further be described as a collage of contradictions (220). It consists of a collection of fragments, presented in the novel as a photo-in-sepia, which consequently creates a link to a bygone era. The collection of images incorporates natural objects from the plant and animal kingdoms, fragments of these natural objects as remains of once living creatures, or depictions of the actual object, like a dead crab, a stuffed lion, and animal skeletons. The collage also includes cultural artefacts – photos, maps, and books – as a testament to the creativity of the human spirit. This collection of images from which the collage is constructed, fragments of things that once had meaning (Botha 2014), are of distant, bygone worlds, images that can be “read” as fragments of memory (old images), which she attempts to reclaim in the present, therefore creating worlds within worlds. These fragments can also be read as a private account of the world of the artist – fragments removed from their original context and rearranged into a new construction or collage, to create new contexts and new relationships. A continuation of this theme is that Botha’s collection of images can also be read as a way to gather the/a world, or to image/imagine the/a world. This theme of collecting images to construct worlds illustrates that these images are a visual reflection of the human dependence on images to construct and experience our own world and reality.

The visual manifestation of these worlds is presented as lost (in the literal sense) from one to the next, as if it appears and disappears in the present. In addition, the places of the past which are (re)visited in the novel are no longer real, but are by definition imagined, and can therefore be described as imaged/imagined worlds. In the final depiction, the collage is completely empty, an image representative of Magriet’s reality in the first paragraph of the wordtext: But there is nothing (11). At the end of the novel, this “nothing” is visually told/depicted: the completeness of presence in the construction at the beginning has literally disintegrated into absence (only a few leaves remain visible). The process of disintegration and accompanying loss of worlds of an idyllic existence is crucial to the novel. Lara-Rallo’s notion (2009) that text and text (image-text and word-text) function as a mirror and text is clearly illustrated in the novel.

An important aspect that Botha emphasises in the visual works, but especially in the novel, is the interface between loss and memory. The issue of memory, whether to remember and/or to forget, is an integral part of the story throughout the novel, and (in combination with journey as theme) is the centre around which the events in the story unfold, as Magriet retraces the steps of the years one last time (67). In the novel, memory is visualised: the convolution of memory and imagination in relation to images (the visual) is a central aspect in Botha’s work. The disappearing image sequence in the novel can be associated with the role of imagination and memory (the past), and is apparent from specific incidents of the plot, which are emphasised in this article.

Over the course of the novel Magriet undertakes a physical journey northwards, from the present, to the future. Simultaneously, it is a spiritual journey to the imagined world(s) of the past. In order to see old images, fragments and memories in the present, she must look back while she moves forward. In other words, the journey determines her experience of time. Imagination and memory, in addition to temporal experience, are related to nostalgia. Nostalgia, the absolute impossibility to return “home”, where home is the genesis of the self, provides one possible interpretation for the open ending of the story.

The conclusion of this investigation is that Botha’s unique novel forces the reader to employ a combined reading/viewing, to look at images in the novel, but also to look at images through the mind’s eye, necessitated by the imagined worlds that the word-text and the images evoke. However, the reader is expected to “read” as well, not only the written word-text, but also the images, singularly employed to tell a story, or to tell a story that contributes to the written text. The novel does indeed give rise to close encounters of the third kind (Hirsch 2012) which, in turn, create additional layers of meaning. 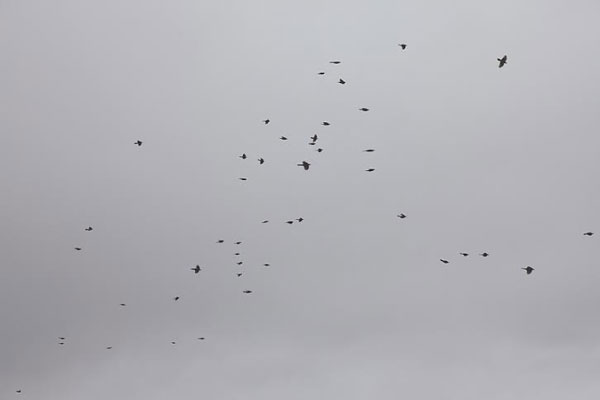 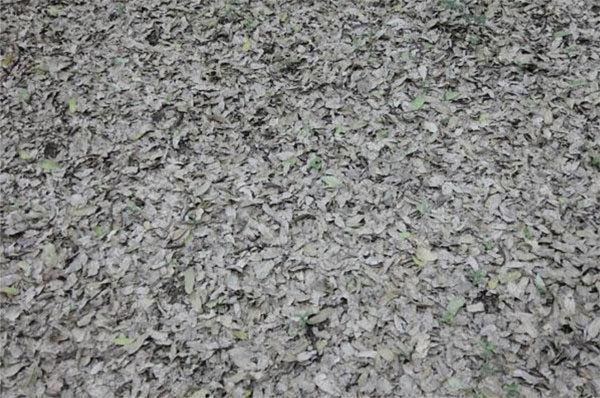 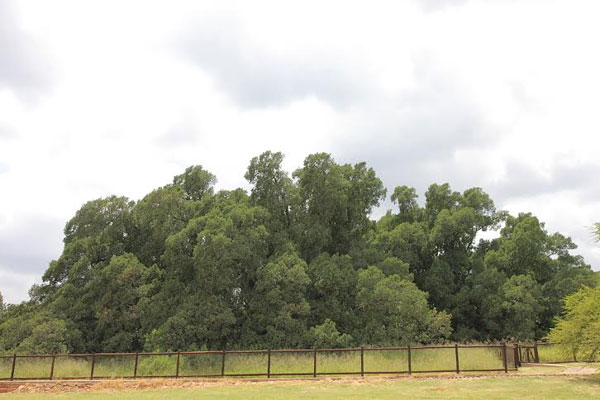 [T]he photographic medium is exploited to produce a paradox: the paradox of reality constituted as sign – or presence transformed into absence, into representation, into spacing, into writing.

Now this is the move that lies at the very heart of surrealist thinking, for it is precisely this experience of reality as representation that constitutes the notion of the Marvellous or of Convulsive Beauty – the key concept of surrealism. 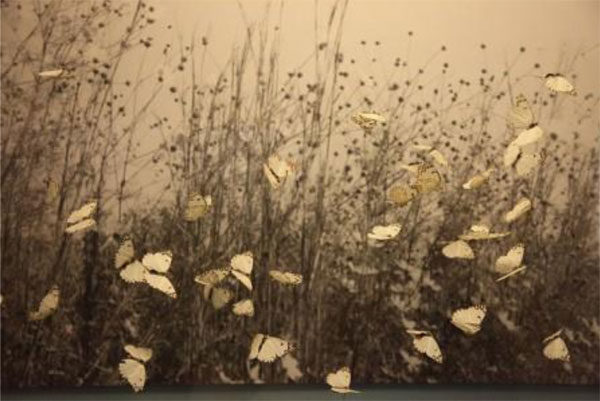 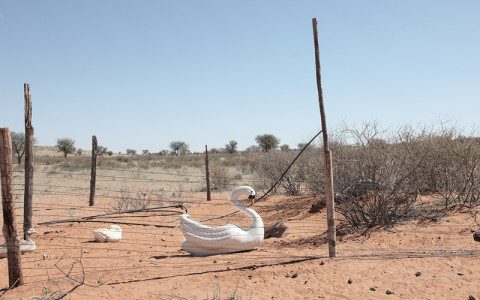 Only photography has been able to divide human life into a series of moments, each of them has the value of a complete existence. (Muybridge https://www.instagram.com/p/BD_J2xTuP2q) 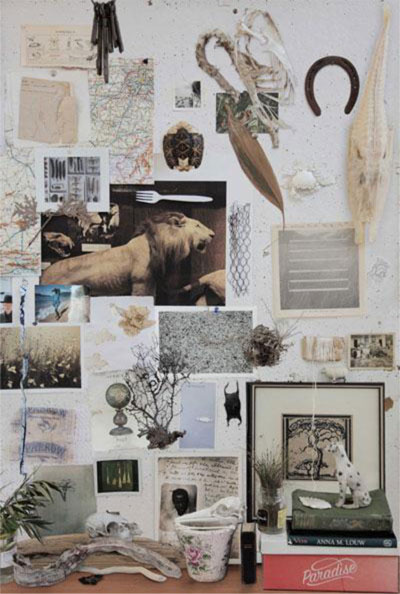 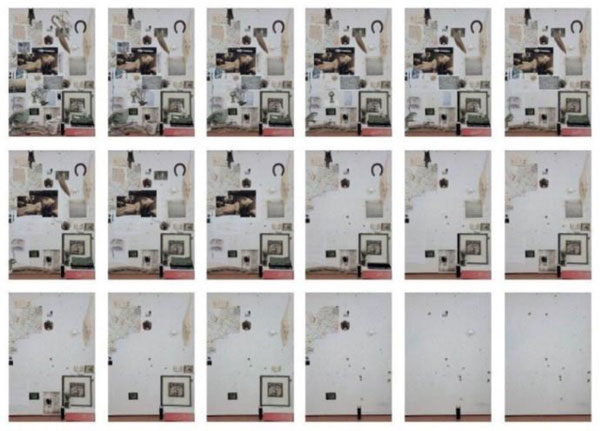 2 Bal (2001:196) verduidelik Muybridge se werkswyse: “The word ‘snapshot’ itself appears to summarize this philosophy of vision bound up with a class-specific aesthetic, indicating in its wake a notion that movement can be visually recorded. This visual recording mechanism produces serial snapshots as a form of writing.”

The eye of the spectator is also implicated in the precarious tight-rope act which a work of fragments projects. With no tangible narrative to follow beyond the conjuring of movement, the spectator is faced with a sequence of fragmentary images or texts that intimate their own ongoing obsolescence and surpassing, and their imminent transformation into traces of detritus. In that sense, a work of fragments such as that of Muybridge is in tension with a “total” or completed work that holds a coherent content.