In a text written earlier this year, when a reinvigorated call for decolonisation was gaining momentum around the #RhodesMustFall movement, Achille Mbembe made an important point – but left it unexplored – about the linguistic requirement for a decolonised university. “Colonialism,” he wrote, rhymes with “monolingualism”: “A decolonized university in Africa should put African languages at the center of its teaching and learning project. […] The African university of tomorrow will be multilingual.”1 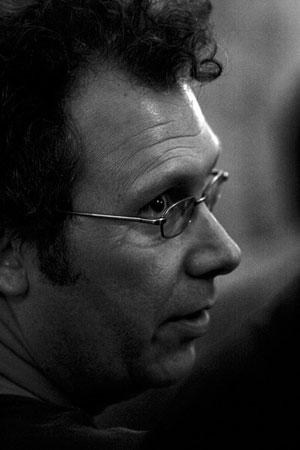 Politically speaking, against the background of decades of anti- and postcolonial thinking, this may seem like an uncomplicated statement, almost obviously true. Indeed, Frantz Fanon himself, currently the go-to theorist of student activists around the country, started his psycho-political analysis of colonialism with a statement about the centrality of language: “I ascribe a basic importance to the phenomenon of language. That is why I find it necessary to begin with this subject …”2

The continued power of colonial languages – and a tenacious colonial language order – is perhaps nowhere easier to observe, and more essential to the reproduction of inequality, than in the domains of higher education and knowledge production.3 For the sake of access to university education and equal participation in knowledge production globally, and for the sake of a diversity of ways of knowing, modes of representation and practices of reflection, dominant languages and the “elite closures” they sustain clearly need to be challenged. How could one not agree with Achille Mbembe’s assertion?

And yet the issue of language has not been central to the development of an agenda for the decolonisation of South African universities this past year. Apart from scattered observations about the often subtle, racialising ways in which English functions as both academic and social barrier at universities like UCT and Wits, there has been no systematic critique of language in the context of higher education; no attempt to pay more than lip service to multilingualism or to imagine radically different linguistic spaces and practices for our universities and our intellectual lives: how we engage one another, how we teach, how we publish. Language, in others words, is sometimes mentioned in relation to transformation and decolonisation (as an obstacle, for example), but decolonisation is seldom articulated in relation to language. The latter would require some kind of theorisation of the nature of language, of the entanglement of languages, language orders, and linguistic practices with the socio-political and economic formations of our time, and of how these impact on global transformations of the university and knowledge production. What is needed today, in the context of discussions about the transformation, and especially decolonisation, of our universities, is a much deeper understanding, historically and presently, of language as both a political and a cultural phenomenon, rather than simplistic statements about the “political baggage” of this or that language (Afrikaans as “language of the oppressor”, English as “imperial language”, etc) and a desire – which itself demands a rigorous ideological analysis – for mere communication.

The exception has been Stellenbosch University, where talk about transformation (and more belatedly, decolonisation) has certainly focused on language, almost exclusively so; where Afrikaans – or at least, a language policy perceived as favouring Afrikaans and thus obstructing racial transformation on campus – has been identified as “that which must fall”. I will not concern myself here with the merits of any of the contending language policies currently being contested at this university – except to say that one can understand and should support black students’ demand to be taught in a language they understand. (No, it does not matter that there are “enough English-medium universities in the region for them to attend”; this frequently expressed argument will do neither the university nor Afrikaans any good.) I will also not concern myself with the future of Afrikaans as a language – except to say that it is profoundly ungenerous to construe any attempt to secure the academic sustainability of Afrikaans as necessarily exclusionary, ethnocentric or racist. (No, a language does not maintain its higher-level functions simply “as long as you keep speaking it”.)

What interests me about the current intensification of debate around Afrikaans at Stellenbosch University is how it reveals the real difficulty, despite its apparent obviousness, of giving more than rhetorical content to Mbembe’s assertion that the decolonised university needs to be – will be – multilingual. How does one imagine a university space beyond glib celebrations of a feel-good but essentially hierarchical form of “multilingualism”, where the de facto dominance of a standardising and “internationalising” English will serve the demands of a neoliberal, corporatised higher-education sector, with its fantasies of transnational mobility of capital and “skills”, much more successfully than it could ever support any project of “decolonisation”? How does one claim “multilingualism” as an outcome, and more, a necessary outcome, of decolonisation when the very notion of multilingualism seemingly remains a divisive rather than a guiding principle in our debates about language diversity? Perhaps it is because “multilingualism” has become the politically correct way to argue for pragmatic solutions of compromised monolingualism – Afrikaans with some English and Xhosa; English with some Afrikaans and Xhosa. How else do we understand the political suspicion in a sentence like the following, taken from a petition currently being circulated by academic staff at Stellenbosch University: “We are very concerned, however, by talk of a backlash against the proposed policy, which is an attempt to retain Afrikaans as a language of academic communication and instruction under the strange guise of a commitment to ‘multilingualism’.”

Whether the guise is a guise, and whether indeed it is strange or not, is not the issue here. How do we reclaim multilingualism as a value, as a political constituent of any project of decolonisation, in a way that does not raise immediate suspicions? How do we reclaim and mobilise around multilingualism in support of non-English linguistic spaces and practices at universities in ways that do not function as an ideological mystification of ethnic particularism and racial exclusivity, or that can be easily dismissed as such? How do we support and expand the use of English, for political and practical purposes, without making a mockery of both our commitment to African languages and the process of decolonisation? How would we have to challenge and change our idea of the university, as it currently informs our practices as academics and students, to learn how to give full expression to the idea of a multilingual university? What would it take for Stellenbosch University to become a place where Mbembe’s statement is fleshed out, theoretically and practically? An academic space truly characterised by multilingual practices; a sociolinguistic space of infectious, intersectional and hybridising imagination.

I have no satisfactory answers to these questions, but I would like to insist that they are indeed worth asking – and that it would be a disappointing season of protests if questions of language, decolonisation and the university are not pursued at a level above hashtags and Facebook status updates. If they are reduced to the nostalgia for an “Afrikaans university” or even an “Afrikaner university”. Or if they are simply swept away by the force of an all-too-comfortable and, from a class perspective, all too self-serving English-only compromise. The task for Stellenbosch University, as for other universities, is not to rid itself of the “problem of language”, but to reimagine itself linguistically. This will not be, and should not be, the old Stellenbosch; but it hopefully will also not be a generically “international” Stellenbosch.

But I don’t have much hope that these issues will be discussed very seriously. The level of polarisation, the general poverty of thought about the political and cultural dimensions of language, on all sides of the debate, and the ideological confusion associated with the portmanteau term “transformation”, make fruitful discussion about language at Stellenbosch University, and in the country, very difficult.

And no new language policy proposal is likely to change this.