Jansen is currently distinguished professor in the faculty of education at Stellenbosch University and, among other things, the current president of the South African Institute of Race Relations. 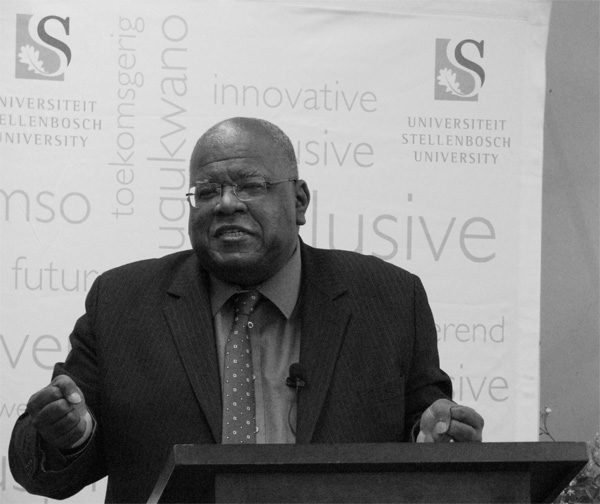 Jansen interrogated the concept of “decolonisation”, emphasising that within the context of the university, social scientists ought critically to dissect new concepts/constructs that arise within their community or on campuses. What does it mean? Where does it come from? Whose purposes does it serve? Scholars should “be suspicious of things that parade as truth”.

Having said that, Jansen discussed the origin of the term “decolonisation”. Decolonisation “has a very rich intellectual ancestry”, surfacing within specific contexts “over time”. It was not initially utilised as a term; however, “the substance of decolonisation was … part of the discourses of [scholars]” such as Frantz Fanon (The wretched of the earth), Aimé Césaire (Discourse on colonialism) and Albert Memmi (The colonizer and the colonized). More recent usage is by Peruvian sociologist Aníbal Quijano, who utilises the concept “the coloniality of power”. After colonialism ended, the term “post-colonial” was used by scholars such as Edward Said and Homi Bhabha.

During “the anti-colonial struggle”, “decolonisation” originally signified “the goal … to remove the colonial state”. This concept has been utilised more recently “to talk about the things … that colonialism left undone” (Jansen acknowledged André Keet with regard to this quotation), therefore, “things that stayed behind even though the colonial authority left for Europe”.

With the background of the broader historical usage of the term as starting point, Jansen questioned “decolonial thought” with regard to what he calls the problem of knowledge. He distinguished between “the Latin American critique of the colonial legacy” and the broader “African critique”: the latter deals with “knowledge and identity issues”.

The “South African critique”, in part, evidenced by many statements by students in the student movement, emphasises, for example, African identity and also the dehumanisation of black students by the current curriculum.

Jansen, however, criticises this sentiment. Indeed, he felt dehumanised by racist professors during the 1970s. But, the science curriculum “in and of itself”, he argues, did not dehumanise him. There is truth in realities such as: having to “study all these dead white men who presided over our oppression”; a curriculum “dominated by Western thought and ideas”; and thus the need for scholarship from our own continent.

Yet, the issue is more complicated than having to study Newton in science class: “in order to have a decolonial project, you need to have a subject that it responds to”. Granted, South Africa was ruled by colonial governments. However, apartheid does not, as the protest movement claims, “equate” colonialism or represent “another form of colonialism”. Furthermore, “a white face who happens to be here” (ie born in South Africa, “whose family has been here for 300 years”) does not represent a colonial. 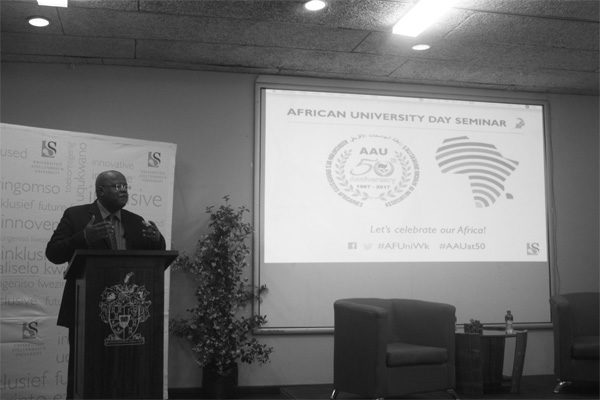 Both the apartheid legacy of the 20th century and the democratic governments over two decades influenced the curriculum in South Africa. Indeed, there are “vestiges of the old curriculum” that are part of South Africa’s legacy. “Everything bequeathed to us by colonialism” is “not wrong”. Jansen states, for example, that “the very fact that I’m speaking to you in English is a consequence of colonialism”. Everyone can, therefore, understand what he is saying.

In addition, Jansen acknowledges that curricula do, in fact, contain racism, class distinctions, sexism, as well as “insensitive and offensive statements and assumptions” regarding, for example, people with disabilities. But “that is not in and of itself a consequence of colonialism; it is a consequence of a whole lot of other forces that shaped our history”.

Jansen offers what he terms an ideal: strengthen curricula, including psychology, medicine, chemistry, education, et cetera, “with knowledge from Africa, Asia and Latin America … alongside knowledge from the West”. Therefore, “make them talk to each other”. It is a reasonable demand by student activists to “demand that the people who teach them, look like them”; nevertheless, it is not reasonable for black nationalism to exclude “people who don’t look like you” from teaching you. Furthermore, “engage”, “stand up to” and “prove wrong” scholars with conservative, leftist, radical and right-wing knowledge. All the same, do not deny them the right to speak within a university scholarly context, because then “we are no longer a university”.

Jansen then highlighted “the systemic breakdown of our school system” that denies the “structure of opportunity”, arguing that the learners who make it to university have to make it through the university system. Therefore, learners should not drop out of school; learners have to qualify for university and not drop out in the first year; they have to complete their studies on time, study to PhD level, complete a postdoctorate, engage with scholars from other countries in order to gain “a broader sense of the world of knowledge”, and publish books with local and subsequently international publishers.

That is “the discipline and commitment” that it will take to produce the best black professors from South Africa “with original, fresh knowledge that speaks to the African condition”. Become an expert in one’s field. For example, one will be able to engage with curriculum theory when one is a top scholar in one’s field. Substantial arguments about this theory would, therefore, not be reduced to uninformed criticism.

Rather, talk about “the language of possibility”. Do not “essentialise race” via “a narrow black African nationalism”. Additionally, to “retreat into indigenisation” (including the notion “indigenous knowledge systems [being excavated out of nowhere]”) signifies belief being substituted for knowledge (including scientific proof). Likewise, “the presentation of a romantic ethnic past” cannot hold true, given that Africa was also “vicious during the pre-colonial period”. For example, African traditional education was patriarchal, undemocratic and authoritarian.

Jansen also underscored that in the globalised world of the 21st century (with technology providing “access to knowledge with potential for greater participation in knowledge production”), the notions of “centre versus periphery”, “North versus South”, “the West and the rest”, white and black, settler and native, are too simplistic. Indeed, global inequality is a reality, but democracy “opened up opportunities for Southern scholars” to engage with research programs “with a global imprint”.

Jansen encourages activism. Do change; do not talk about change “with eloquent descriptions of the past”. Indeed, the past “was bad”, and “issues of inequality, access, racism and sexism are all deeply rooted in our institutions and our curriculum”. The curriculum must be changed, “absolutely”. But the answer does not always lie “in a narrow interpretation of the past, which is the colonial past”. The issues have to be dealt with,

but the tools that you use are as important as the problems we are trying to solve. And if you use the wrong conceptual apparatus for making sense of problems like racism, like decoloniality, then, of course, I think you will be less effective than if you, for example, use critical race theory.

Jansen also underscores the “disproportionate concern … with knowledge of the past … at the cost of a concern with the knowledge of the future”. Thus, decolonisation offers “the wrong response to a real problem”: the “set of legacies” is too complex.

Jansen asks where the outrage with the dysfunctional school system is. He encourages a focus on the future.

“Join me in making change happen.”

Listen to the entire discussion: