Derounding of the marked (abnormal) rounded front vowels is a common, widely known phonological characteristic of Afrikaans. It is therefore quite remarkable that in his book So praat ons Namakwalanders (1989) Links claims that this phenomenon does not occur in Kharkams Afrikaans, a variety of Afrikaans found in Namaqualand. In the preface of this book Fritz Ponelis writes that Links’s work came just in time, since the oldest Afrikaans dialects are changing or have already disappeared under the comprehensive pressure from educational institutions and practices and their endeavours towards standard language” (Ponelis’s words translated by me). Ponelis further implies that this could also be the case in Kharkams Afrikaans. Using this background, this article will report on the current state of affairs.

Links’s 1989 study is limited to respondents of 76 years and older. He claims that the marked rounded front vowels (SAMPA-notation /y, 2, 9/ of the IPA’s /y, ø, œ/ respectively) are rounded “sonder uitsondering” (without exception). He bases his interpretations on conclusions derived from listening to various taped conversations. He does not, however, take into consideration well-known aspects that could influence the extent of derounding.

The method used in my study was determined by its aims. Investigation was limited to the two marked rounded front vowels /y/ en /9/. There were five adult men (48, 49, 67, 68 and 84 years of age respectively) and five adult women (60, 39, 50, 57 and 75 years of age respectively) who were available and willing to participate in the taping process. Additionally there were also ten 15-year-old learner participants from a local school – five girls and five boys. No preselection process took place. With the intention of identifying a possible diminishing trend in the occurrence of rounding related to the age of the speakers, the participants were divided into four age groups, namely 15-year-olds, 30–50-year-olds, 50–60-year-olds and those over 60.

Since electricity was not always readily available, a battery-operated tape recorder (an Olympus WS-210S) was used, which provided the necessary quality recordings. The stimulus material consisted of various sentences and a series of numbers that had to be read out aloud. Participants also had to name the hours of the day from one o’clock to twelve o’clock (hour = “uur”, containing /2/). The relevant vowels, /y/ en /9/, were included and balanced throughout the stimulus material. All necessary precautions were taken to ensure the optimum quality of all recordings.

Modern apparatus and software, such as Adobe Audition and PRAAT, were used in the study. Auditory analysis was made considerably easier by manipulating speech signals to the extent needed. This is especially helpful when the speech tempo can be slowed down – for example to about 50 percent of the normal rate. It is also possible to isolate and loop a specific part of the recording, enabling the listener to listen continually to the same part until a good interpretation can be formed, in this case of whether the relevant vowel is pronounced as a rounded or a derounded vowel.

A total of 1 044 usable vowels were obtained for analysis. 504 were pronounced by the learners, and 540 by the adults. Of these vowels, 625 in the dataset belonged to the category Rounded, and 378 to the category Derounded. Forty-one vowels were omitted as they were impossible to categorise. A simple statistic equation1 shows that the difference between the two groups is statistically highly significant; (c2) = 33,1 (degrees of freedom = 1; p = 0,0000).

Although the number of speakers in each category might not be enough for definite conclusions, the relatively high number of cases corresponding to these conclusions certainly suggests their exactitude. The high level of significant differences also suggests that interpretations can be made with a sense of certainty. The two youngest groups are much more inclined to derounding, especially in the case of /y/.

The type of vowel is, therefore, very important in studies such as these. It has also been found that the type of language structure used to obtain speech from the participants, namely the word lists or sentences used, have to be carefully considered. Furthermore, the style (formal versus informal) and tempo of speech (normal versus fast) should also not be disregarded. Derounding is more present in sentences than in word lists. This trend is more prominent in the two youngest groups than in the two oldest ones, with the youngest group being the most noticeable. A possible explanation for the latter could be the fact that these students generally read the materials at a faster tempo than the others.

An acoustic analysis was conducted on the available speech samples from the ten female speakers. This female group consisted of the five learners (all 15-year-olds) and the five adult women (two in each of the 30–50- and 50–60-year-old categories, and one in the 60+ category) – thus a relatively balanced distribution from young to old. Acoustic correlations that should be taken into consideration are, primarily, the second vowel formant (abbreviated to F2), and the first vowel formant (F1), which is also important at times. F2 is the strongest indicator of roundedness of vowels. In a multiple regression analysis these two parameters seem to be the strongest indicators of a differentiation between Rounded and Derounded. The other two meaningful parameters are the harmonicity-to-noise ratio and fundamental frequency (F0), or tone. A total of 286 usable vowels from the group of ten women were analysed. Of these, 183 were classified as Derounded and 103 as Rounded, based on auditory judgement during the listening phase of the first part of the study.

The difference between F2’s Rounded and Derounded values is statistically highly significant (p = 0,003; result of a t-test). This conclusion therefore strongly supports the auditory classification which was previously made. The difference with regard to F1 is similarly noteworthy (p = 0,004).

The comparison between the two derounded vowels and the two basic unrounded vowels reveals that the derounded version of /y/, viz. [i], takes on almost the same acoustic characteristics as the basic unrounded phoneme /i/. In this case, the process of derounding is therefore very nearly complete. In contrast, there is a bigger difference between the derounded counterpart of /9/, viz. [@], and the basic unrounded phoneme /@/; which means that in this case this process of derounding is further from completion.

The conclusions clearly indicate the occurrence of derounding of the marked vowels /y/ and /9/ in the speech of Kharkams Afrikaans speakers in all four of the age groups that participated in this project. However, it is evident that it occurs least in the oldest group of speakers (those above 60) and most frequently in the group of learners; with the other two groups averaging somewhere in between. There is undoubtedly a process of change present, the outcome of which can only be speculated about. Change in a language is not a linear process, but can cease, or even turn around.

If Links’s 1989 observations with regard to the presence (or rather absence) of derounding in the Afrikaans of his group of elderly Kharkams Afrikaans speakers are (mostly) accepted to be true, then my findings could be considered supportive of Ponelis’s hypothesised notion (Links 1989) that Kharkams Afrikaans would also have been subject to gradual changes. Whether this occurred predominantly, or to a lesser extent, under the influence of the factors mentioned by Ponelis (urbanisation and cultivation), is an entirely different matter.

The findings of the study lead one to the conclusion that most of the factors taken into consideration during the planning of the study were, in fact, important. In order to control, or even eliminate, influencing factors in studies such as these, it is strongly recommended that word lists rather than sentences be used as stimulus material. 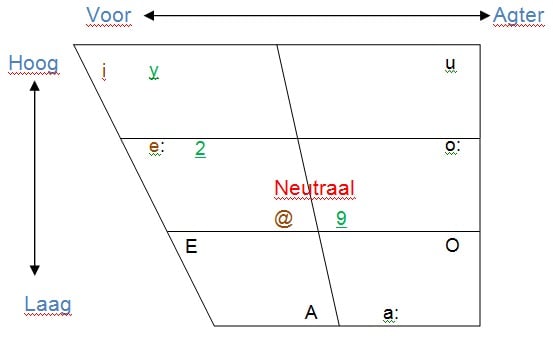 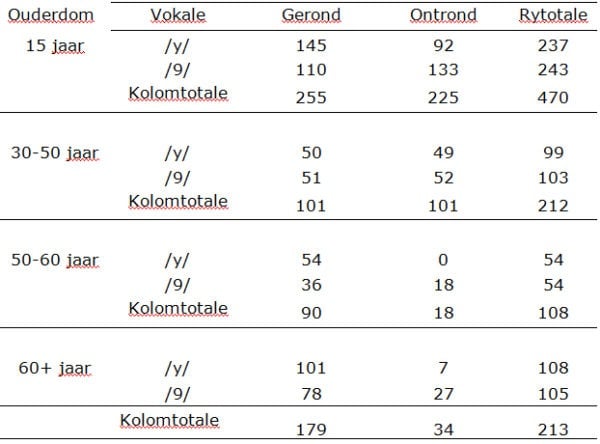 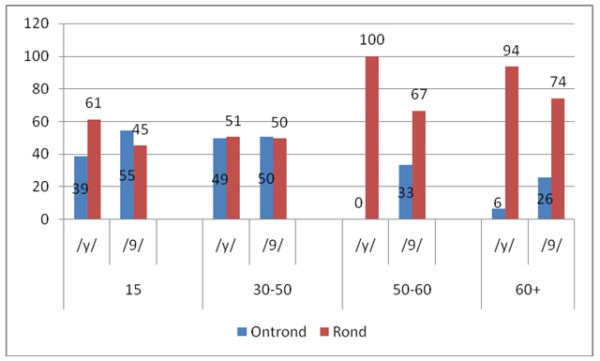 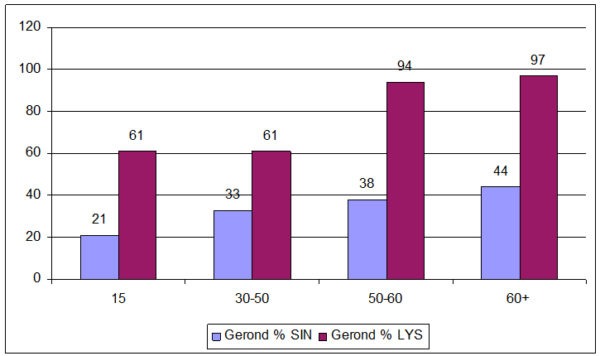 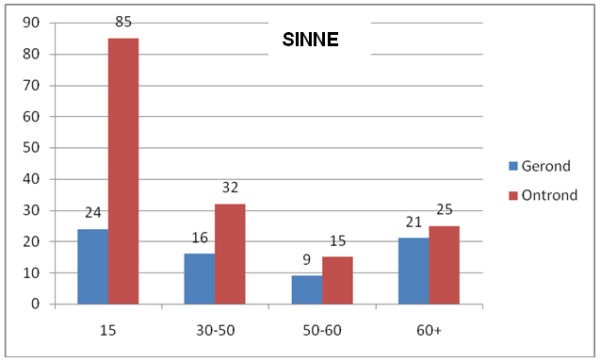 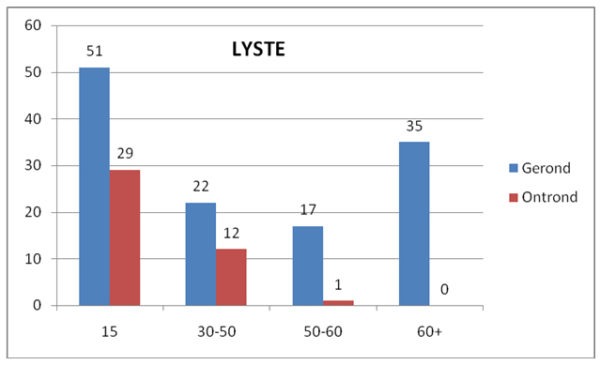 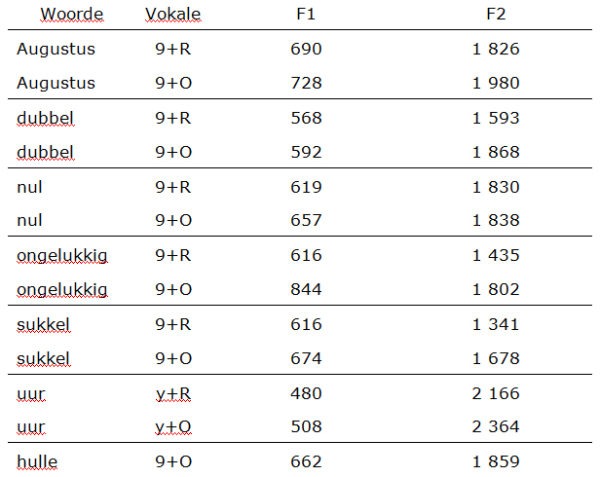 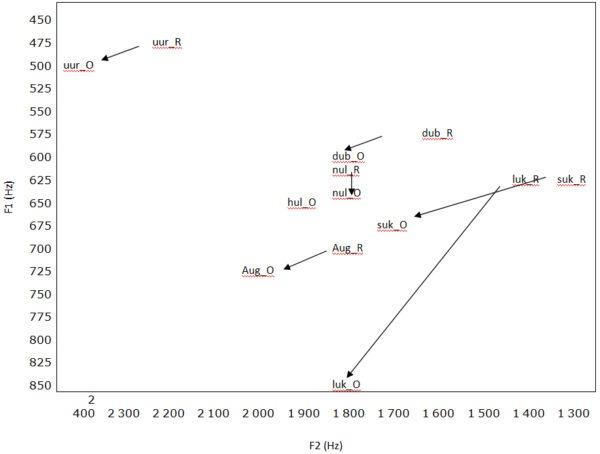 11 Dit is nie duidelik of slegs hierdie ses gesprekke gevoer is en in ag geneem is in die ontledings nie.