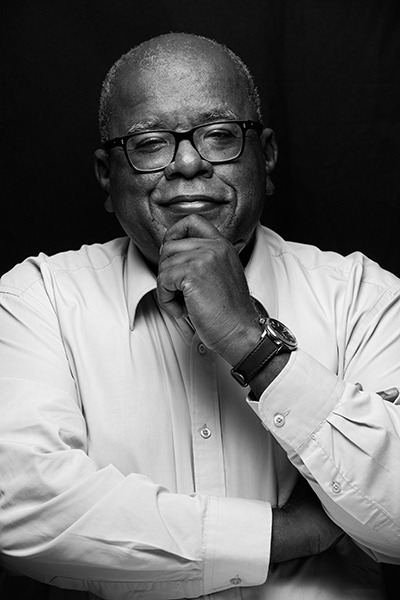 In the insular world of the white, conservative Afrikaans taalstryder, the battle for the continuing dominance of the language in schools and universities is an existential struggle. Your very being depends on it; your sense of ethnic self-worth relies on it. Deep within your heart, there is an unresolved hurt and humiliation from more than a century ago, when the English impressed their political will on your people and made a mockery of your language. Even in the 2020s, your political antennae are on high alert to even the slightest perception of anti-Afrikaans sentiment.

And so it happened that word leaked from one of the campuses of Stellenbosch University that students were told not to speak Afrikaans in their residences. All hell broke loose in the Afrikaans press. This is what happens when you open the campus to English and when classes are offered in both languages. It’s the thin edge of the wedge for the taalstryders – “the first stage”, said one agitated writer to the local newspaper, before Afrikaans disappears completely from the campus. The leak is worth thinking about.

There is no corroborated evidence that such an instruction was given to residence students by student leaders. If it did happen, it is clearly a ridiculous notion for two reasons. One, you cannot really monitor student language usage on a campus represented by at least the three regional languages (Afrikaans, English and Xhosa) and many others from around the country and the world. Two, this is not university policy, and so whoever gave that instruction was acting on his/her own and was completely out of line. In any university, this incident – if it happened – would pass without much of a fuss.

But the taalstryders rubbed their hands in glee at the opportunity this alleged event gifted them. It was time for lies. A DA operative would proudly announce that in the response to the pressure exerted on the institution following “the incident”, the university would now review its pro-English language policy. Actually, the university is obliged to review its language policy every five years, and that process in fact started way back in October 2020. But, as an SU dean told me the other day in a different context, “The fact the story is not true does not mean it’s not a good story.”

Stellenbosch – like several other universities – will review its language policy on a cyclical basis, but one thing is clear: there is no way the institution will revert to the days of being an Afrikaans-dominant university. Too much has changed in enrolments and staffing to make the return to the glory days of the taalstryders even remotely possible. In fact, the language review might well entrench English as the primary language of instruction at Stellenbosch University – without much drama. Why?

The campus has changed. In my three years on this stunningly beautiful campus, I have witnessed enormous language tolerance among the students. In my class of 280 students that I taught last year, I was encouraged by the fact that students would sometimes ask questions in Afrikaans in this postgraduate teacher education class. It is a right I insisted on, and I would translate for the other half of the class who had no idea what was being raised. Easy. The students came for consultations in my office, and some of them were comfortable engaging me in Afrikaans; and, in my best second-language efforts, I would enjoy talking with them in their home language.

Why on earth this sudden explosion of tempers and emotions?

Walking across campus on any given day, doing talks in the residences, greeting academics and workers, I hear Afrikaans and English and occasionally another African language. No fights, no tension, just a multilingual university giving expression to our many tongues. So, why on earth this sudden explosion of tempers and emotions around some allegation about being instructed not to speak Afrikaans in residence?

I have long tried to understand the language anxieties of my fellow citizens. It is, let’s be frank, unique to a small group of white Afrikaans speakers. You will not find this burden about a language among any other language groups (for want of a better description) in South Africa. There are very few so-called coloured speakers of Afrikaans who would go to battle for the language, much to the frustration of their white compatriots; as one of the leaders of the bruin mense (the innocent insult of choice in Stellenbosch) recently said in an open gathering: “Stop speaking for us!”

Nor will you find much stress about the language among most Afrikaans speakers on former white campuses. It is yesterday’s battle, and that is why the sense of loss leads to such an emotional, almost visceral response in the few. That is why a little incident in a residence can be catastrophised in Afrikaans newspapers. Afrikaans on campuses, quotas in sports, and gay dominees still sell Afrikaans newspapers.

When you are inside this anxious world of the taalstryders, you get caught up in its machinations. I know. I was there from Pretoria to Bloemfontein as a university leader. I would wait for the backlash from the local Afrikaans newspaper at any hint of a change in institutional language policy, real or perceived. The insults, the threats were real. You spent much of your time trying to say the obvious: Afrikaans has a rich future, but not a dominant future. The Anglo-Afrikaner political settlement of another century is a thing of the past. Your children will live, learn and labour in a very different world to the one of their parents. Fortunately, most Afrikaans speakers understood that calculus.

Accepting the loss of power

I have come to the conclusion that at root, the struggle of the taalstryders is the difficulty of accepting the loss of power. When you have been dominant for so long in politics, economics and culture, it is really difficult to settle into a democratic order where you no longer call the shots. Afrikaans, make no mistake, is being wielded by the few as a form of cultural power when almost all other kinds of power have slipped from their grasp. Here is the unpleasant reality: cultural power and racial power often walk hand in hand when it comes to conservative Afrikaans speakers. How else do you explain all-white Afrikaans churches in parts of the country? I still cannot understand that people believe they are worshipping the God of the Bible with such blatant racial segregation. 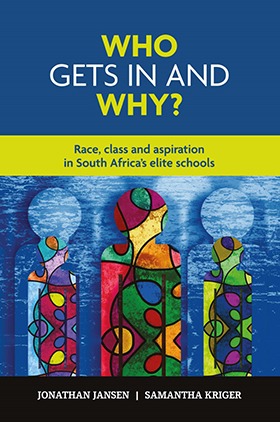 Jonathan Jansen and Samantha Kriger’s Who gets in and why? (Juta)

And how does one explain almost all-white Afrikaans primary schools in South Africa? As demonstrated in our book, Who gets in and why: Race, class and aspiration in South Africa’s elite schools, enrolments are racially managed in both English and Afrikaans schools. It is, however, in Afrikaans schools that language is the powerful lever for maintaining segregation, all the time appealing to the discourse of rights without even blushing. Here, too, racial power and cultural power are intertwined.

Regardless, campus and country are changing. One of the writers to the newspaper took comfort in the fact that he could escape to the Potchefstroom campus of the North-West University – the only Afrikaans campus in the country, he claims. The poor man lives in a fool’s paradise; it is a matter of time before that campus, too, will migrate towards English as the primary language of instruction, as undergraduate enrolments continue to diversify there, as well. The maintenance of a black campus in Mafikeng and a white majority campus in Potch is simply not sustainable.

Stellenbosch University is correct to commit to multilingualism and to build unity around a common language understood by all our students – and that is English.

No bitterness towards any language

Both ideals are possible, as I discovered with my only grandchild, who recently turned three years old. Her mother comes from a mixed-language family (father English – as in, English – and mother Afrikaans). Her father, my son, comes from an English-speaking home. My granddaughter speaks Afrikaans and English, and has, from their base in New Zealand, a growing competence in Maori. I love this domestic arrangement and pray that the child becomes fluent in all three languages as she grows up and navigates an exciting, multilingual world.

I really hope that she never develops bitterness towards any language, and that her identity is not based on any one of those three languages, but on a rich embrace of all of them. I pray that she does not see herself as a language victim, but as a polyglot in a cosmopolitan world. I dream that she understands languages (plural) as offering windows into other worlds that enrich and empower, even as they educate us about the human condition. I trust that she never becomes petty and vindictive in the use of any language in her interactions with other people.

And I will be so proud of her if she is generous in her deployment of any language, sensing the communication needs of others in her environment and voluntarily speaking in a language and in a tone that make her neighbours in a koshuis or a kerk feel like they also belong.

From the archive, SU language debate: My thoughts on complexity and the intersectionality of change at Stellenbosch University

US-konvokasie 2016: Courage, Compassion and Complexity - Reflections on the new Matieland and South Africa