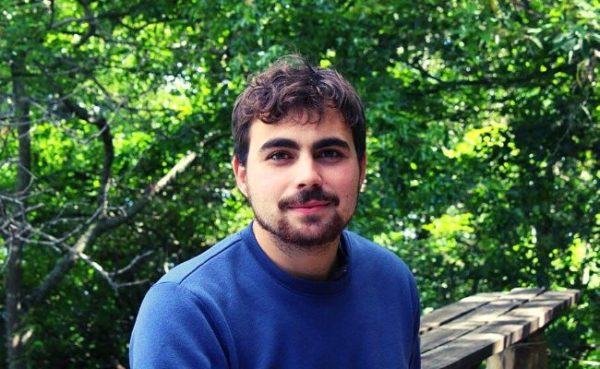 As a South African and native Afrikaans speaker, I was stunned to read a BBC Future article by journalist Alex Rawlings titled “Is Afrikaans in danger of dying out?”.

I wasn’t taken aback because the article is yet another piece on South Africa by another foreign journalist who thinks they can plot out the nation’s strife in all finality, in the same way that Britain and Europe’s colonialists “divided up” the immensity of Africa with a few strokes of ink during the Berlin Conference of 1884. What irked me and those other Afrikaans-speaking South Africans who took time to read the article, was the sheer superficiality of the research done and the conclusions drawn. If the writer had simply taken the time to read up properly on the existent debates, initiatives, arts, music, culture and many other Afrikaans innovations since 1994, he would probably have steered away from describing to his readers an Afrikaans language devoid of any creativity, inclusivity or adaptation. He could have visited authoritative bilingual websites such as LitNet, or, seeing that he is such a renowned polyglot, at least have asked for help to understand the nature of the content on the various dynamic Afrikaans websites, including Vrye Weekblad,  Klyntji and Maroela Media.

Yet, we all sighed. Yet another piece of “this one’s not about Britain”-laced prose with an astounding air of Anglo-British superiority, describing the failures of Afrikaans as a language community – a group the writer conceives of as consisting primarily of provincial white Afrikaners confined to rural spaces strewn all over the country, incidentally the last places where the British public saw Afrikaans speakers en masse – in 1901, under Kitchener’s brutal “scorched earth” Boer War policy. (But we shouldn’t pity ourselves; the Welsh community drew full-on undue abuse by Brexiteer and BBC man Noel Edmonds, who victim-blamed the Welsh language for being under threat. As if the English community has no part in the slow violence on that neighbouring language group.) Your apparent understanding that Afrikaans is “primarily” a white thing is badly qualified by a passage which casts a numerical bone to brown or “coloured” Afrikaans speakers, depicting them patronisingly as the disenfranchised majority of Afrikaans speakers, without any language agency of their own, who somehow need the intervention of the liberal white-skinned section of Afrikaans to get a chance at cultural life.

A related paragraph asserts that one of Afrikaans’s biggest issues is the community’s supposed clinging onto a suiwer (“pure”) versus a kombuis (“kitchen”) version of the language, which also reflects the schism between the white and brown versions of the language. If the writer had done his research properly, he would note that a debate over “pure” versus “kitchen” Afrikaans is not as simple as he attempts to relate, and that it is old hat in any event. This debate has long since evolved into proactive cooperation by many creative Afrikaans organisations to conceptualise an “Afrikaans tree”, containing a number of regional varieties of the language. For a long time now, the impetus has been towards a diversified Afrikaans language community. People invest their energy into this exercise on a daily basis. The conversation has thus moved on, and telling the world otherwise is inconsiderate, inaccurate and downright lazy.

Brown and white Afrikaans speakers are working together actively in cultural organisations and initiatives to prepare a shared Afrikaans future for our children, despite a lack of political will for multilingualism in general. All the ethnic groups who share in the language have delivered individuals who have pushed the creative limits of the language year after year. We still grapple with questions on race-based privilege, structural racism and historical trauma, but we are making determined progress. We are strong, alive and healthy, thank you.

And I am now done justifying Afrikaans to a British news agency. As we say in Afrikaans, this brings me to the drol in die drinkwater (the “turd in the drinking water”) – the real issue that highlights the irony of Rawlings’s article to us Afrikaans speakers – which is that English language hegemony in South Africa has been thriving in the Cape provinces and KwaZulu-Natal since the early 19th century, and in the rest of the country since the end of the Boer War in 1902.

The same English language that the BBC prizes so much, that you contrast with Afrikaans by deploying an air of subtle moral superiority when you speak of Afrikaans’s role in higher education, is the one which continues to be our government’s all-time favourite, despite ten other indigenous languages being present in South Africa. Much like the “standard version” of Afrikaans, which was forced onto black South Africans during apartheid, your English language is a colonial vestige which has been forced onto South Africans over the years as the “standard” and “norm” of civility, progress and superiority.

And, while Afrikaans was deployed as an instrument of oppression during apartheid, the role of the English language community in enforcing colonial values and attempting to “civilise” black Africans, Afrikaners and brown South Africans largely disappeared from the public spotlight. This is despite English being co-official with Afrikaans and despite apartheid’s function as a white privilege machine for English whites as well. While Afrikaans had its worst moment, some from within your language community could silently creep away from their colonial offices to join the anti-apartheid protests and pretend nothing was amiss.

To this day, when members of the Afrikaans language community merely ask for due constitutional recognition on higher education level and in public life, all we get is accusations (in English!) of racism, backwardness and attempting to rehegemonise the country. The selective morality and language privilege which this attitude farts so profusely is staggering. Moreover, it is completely at odds with South Africans’ choice of a free, democratic and multicultural society where we should work towards giving every language community their place under the sun. None of this nuance and history features in your article. There is no mention of our country’s greater language dynamics or colonial history. Instead, another foreign writer decided to use mainly a very small sociopolitical section of the Afrikaners, namely the Orania Movement, to illustrate the language politics of an entire people.

And, as mentioned, he chose to describe brown Afrikaans speakers as a completely ignored and essentially vulnerable group who need cultural intervention, a construction which totally disregards the massive self-owning strides in Afrikaans made by brown Afrikaans speakers such as poet Adam Small, business leader Christo van der Rheede and the Afrikaans pop stars Hemelbesem, Die Hooflig and Early B, to name but a few.

How your writer then gets to the conclusion, as voiced in the title – that the language may be under threat of extinction – is wholly unclear. If the language is under threat, then so are all other South African languages. Such an existential threat would be due to our government’s support of that accident of history which is the cold, patronising, global hegemony of the English language and its role in Anglo-Saxon capitalism, not to mention its colonial mark in South Africa.

The native speakers themselves cannot be blamed if their language and identities are being played in a globalist, profiteering, English-speaking slot machine. As we say in Afrikaans: Gaan steek jy eers hand in eie boesem. Translatable as: before you discuss other people’s shortcomings, first take a long hard look at yourself.