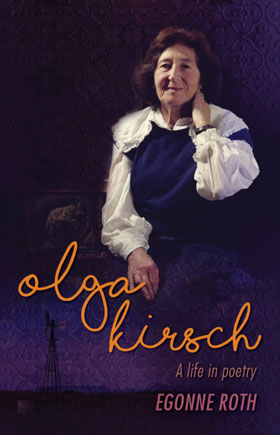 Although Olga Kirsch’s is the only Jewish voice in Afrikaans poetry, it is scarcely known among members of the South African Jewish community. Olga Kirsch was, after Elisabeth Eybers, only the second woman to publish a collection of poetry in Afrikaans.

The aims of this biography are to reverse this slide into obscurity and to show why her work is important not only in South Africa but also in Israel.

It does not only investigate Kirsch’s role as Afrikaans Jewish poet but also examines her as an example of a cross-cultural, multi-lingual immigrant poet. As such some of her English and Hebrew poetry are included in this work.