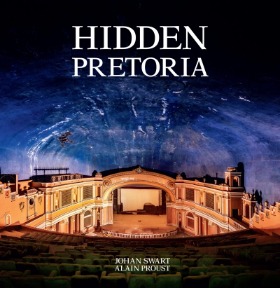 Despite being South Africa’s capital city, Pretoria has often played a supporting role to bold and brash Johannesburg and Cape Town’s cosmopolitan charms. However, when it comes to architectural heritage, the Jacaranda City is well-endowed. From the skyline-dominating Union Buildings and Voortrekker Monument to the imposing edifices of its administrative precincts, Pretoria might be deserving of a second moniker: the city of sandstone, brick and granite. But when you look beyond the impressive façades, soaring columns and linear planes of buildings that were intended to convey power and authority, you’ll find light-filled interiors embellished with decorative touches that are only hinted at from the outside.

Murals, mosaics, domes, galleries, stained-glass windows, gleaming brass and impressive woodwork are often hidden from view behind doors that are closed to the public. And even those museums, buildings and places of worship that are open to all have architectural and design features that are easily overlooked. The history of the city, and of the country, has been played out in many of the buildings featured in Hidden Pretoria.

This book captures remnants of our diverse heritage so that a new generation might recognise the need to embrace the past in order to build our shared future.