Réney Warrington chats to Naomi Meyer about DocuFest Africa: The Exhibition, images from the 1950s to the 1980s, currently on show in Johannesburg.

Réney, you are curator of the DocuFest Africa exhibition, currently on show in Johannesburg. Please can you tell our readers about this exhibition?

It is 106 documentary-style photographs (taken from the Africa Media Online archive) depicting life under the apartheid state – from violent riots and peaceful protests to everyday life and even the development of Joburg.

Were all these photographs printed in newspapers during the 1950s to 1980s? And were they seen by South Africans during those years, or by overseas readers elsewhere in the world?

A limited number were printed locally, some internationally, but what is really thrilling is that the bulk of the Tiso Blackstar / Times Media archive (with 76 images on display) has never been seen by the public before.

How does one make a selection of photographs from such a volatile time, and how does one do this today?

I decided beforehand that I would not be paralysed by the responsibility of it, or by the possible backlash in a politically charged country. I would make the selection, and hopefully there will be conversations around it.

My process was the following: I wanted, firstly, to celebrate the photographers who risked a lot to take these pictures. Secondly, I wanted to choose only images that were visually strong. Thirdly, I decided not to show the more violent images, the bloody corpses, but rather to focus on the aftermath (see the picture of the abandoned street filled with shoes), the protests and people standing together.

I went onto the Africa Media Online portal and simply typed in “apartheid”. Seven hundred images popped up. Without looking at the photographer or caption, I simply picked images that were visually striking. I did not want to be influenced by the fame of the photographer or the political/emotional importance of the shot. For instance, I selected David Larsen’s photograph because of the composition, the colour and the friendliness of the man of colour sitting under the “beach and sea, whites only” sign. When I later read the caption, it turned out to be Allan Boesak. That added to the depth of the already strong picture. 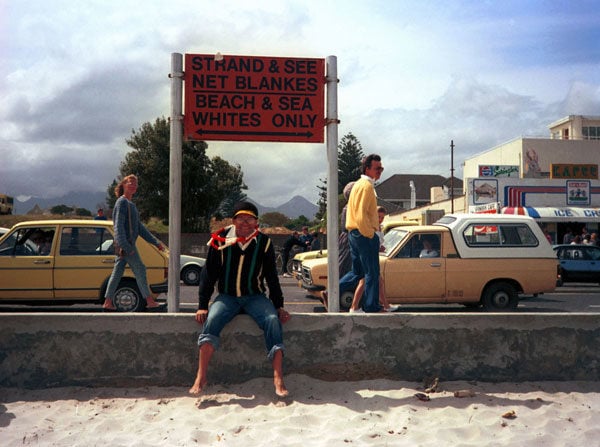 How to go back in time and look at yesterday's pictures through today's lens: is this possible? Is this the idea of the exhibition?

I always marvel at historical pictures, whether they were taken in South Africa, or America; whether they are of people, landscapes or Japanese street scenes. To me, they are a portal to a world I can never visit. They are also a recording of our history, a barometer of the time. In some ways, I hoped the show would take the viewers out of their current lives, away from the current political climate, and perhaps remind them of what we overcame as a people.

Can you see a common theme or themes in the pictures? Would this in any way reflect the zeitgeist (back then), when you look through the photos from which you had to make a selection?

To me, the common theme would be how a people – South Africans of all colours and creeds – suffered under the apartheid government (in varying degrees), but persevered, struggled against it and ultimately overcame it. I saw people of colour being displaced, being made second-hand citizens. I saw young white boys being forcibly conscripted into the army. I saw well-to-do women protesting against apartheid under the Black Sash banner. I saw people voting yes, others voting no. I saw joy; I saw pain.

I don’t know that I had a specific message, other than to celebrate the documentary photographers of the time, and perhaps to start a debate around the exhibition. We live in an era where debate is stifled, where if you do not use the correct terminology or might utter a thought that even whiffs of possible prejudice, you are annihilated, silenced. We are not talking to one another because we are silenced by the loudest voices.

If you look at the pictures from back then, do you think a lot has changed in the country? If so, what has changed and what has not?

That question I will leave to clever analysts.

Why be involved with this project?

One, because South Africa has such a rich history of press/documentary photography. Two, even though some of these images might have appeared in newspapers, they have never been seen together, and especially not on the wall of a gallery. Three, we need to start talking to one another.

Do you agree with this quote from the report (https://www.timeslive.co.za/sunday-times/lifestyle/2018-05-05-docufest-africa-exhibit-delves-into-sunday-times-historic-photo-archives/): "While newspaper reports from South Africa's Apartheid era should sometimes be taken with a grain of salt because of bias and propaganda back then, a photograph never lies"? Why or why not?

On the one hand, I don’t. A photograph can certainly lie. You can set it up, frame it or caption it to make a lie seem like the truth. It is all about context.

On the other hand, within the right context a photograph can be revolutionary. Consider Sam Nzima’s 1976 portrait of the man carrying the dead child. To quote a tweet from Thuli Madonsela: “It’s said that ‘a picture tells a thousand words’. Sam Nzima’s Hector Peterson June 16 photo tipped the narrative on and gained support for the struggle for freedom in South Afirca. Hamba kahle, gentle soul. Heartfelt condolences to the family, friends and colleagues. #RIPSamNzima.”

A selection of photographs from the exhibition: 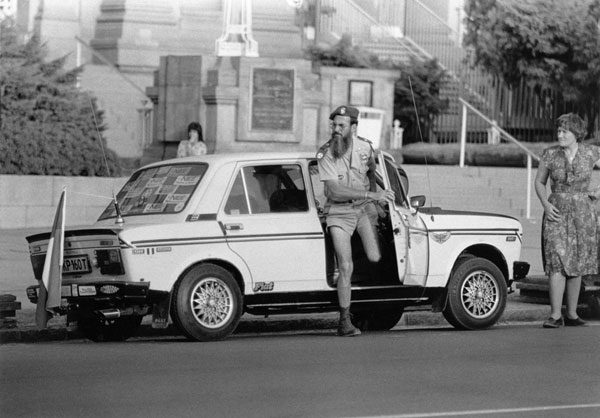 March 17, 1992. Referendum Day. An AWB member displays his “Nee” (“No”) vote on the back windscreen of his car which is parked outside the Pretoria Supreme Court. Photo by Jonas Mankga. © Sowetan / Times Media 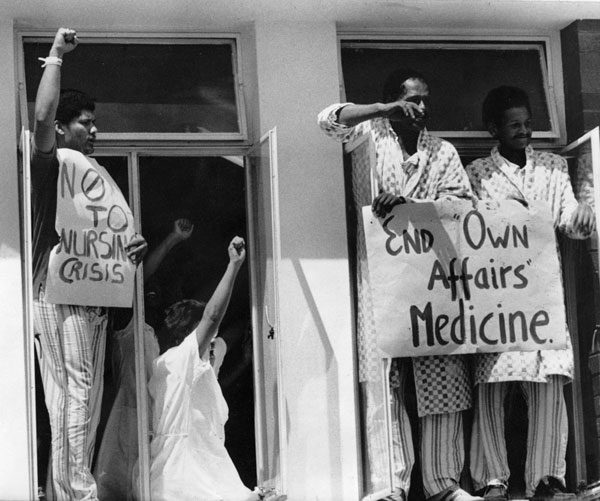 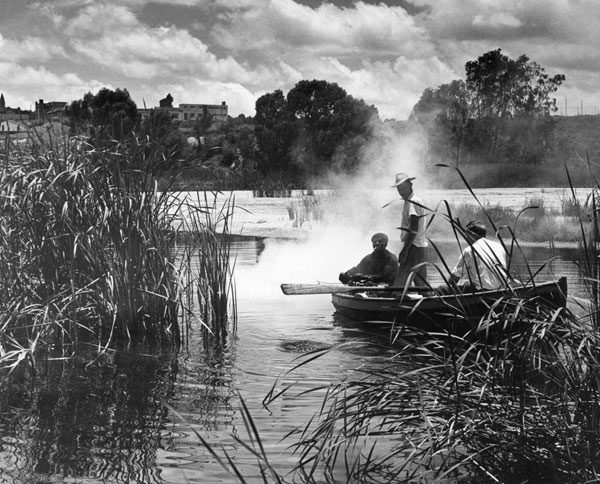 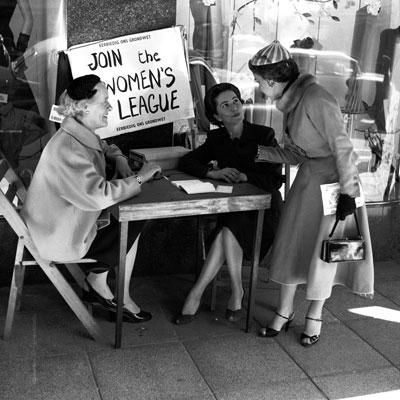 Women joining the Women’s Defence of the Constitution League in Joubert Street, Johannesburg on August 25, 1955. Women are signing up all over South Africa. 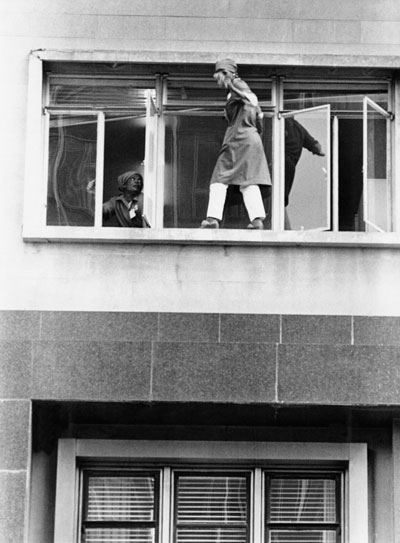 October 15, 1984. Women washing windows. One stands outside on a ledge with no safety equipment. Photographer unknown. © Sowetan / Times Media 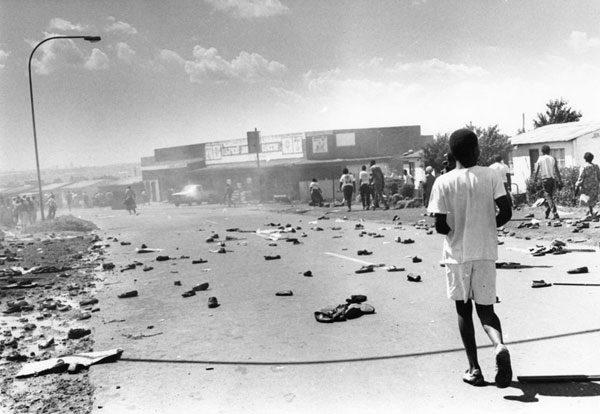 March 25, 1990. Rent protest by Soweto residents ends in tear gas with protestors leaving their shoes behind as they flee from the scene. Photo by Mbuzeni Zulu. © Sowetan / Times Media 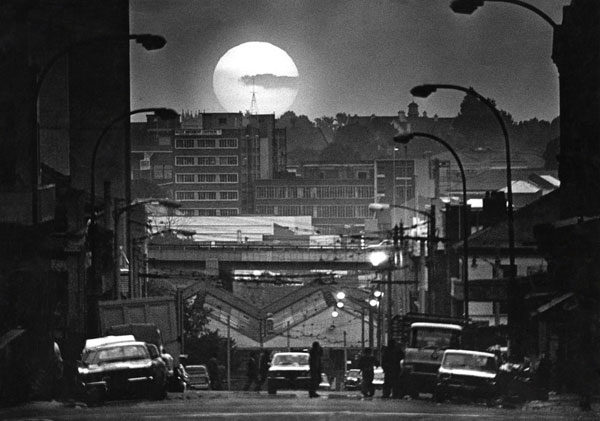 June 8, 1976. The setting sun casts a golden glow over the buildings, aerials and motorways of Johannesburg – a golden city in its 90th anniversary year. Photo by Les Bush. © Rand Daily Mail / Times Media 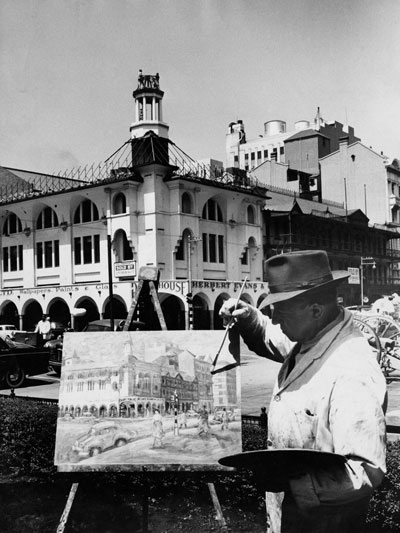 December 2, 1959. Deszo Koenig painting the Herbert Evans House (from 1913) on the corner of Kruis and Pritchard Streets in Johannesburg before it was demolished. Photo by Hermann Painczyk. © Rand Daily Mail / Times Media 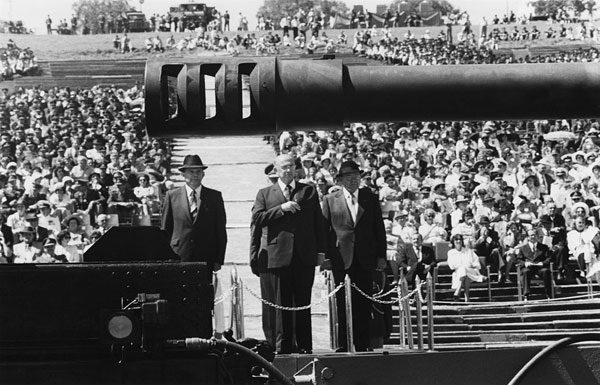 More information: https://www.timeslive.co.za/sunday-times/lifestyle/2018-05-05-docufest-africa-exhibit-delves-into-sunday-times-historic-photo-archives/
Where: FotoZA Gallery, Rosebank, Johannesburg
When: Until 27 May 2018