The Magnet Theatre presents G7: Okwe-Bokhwe, a play directed by Mandla Mbothwe, based on the historical records of the Gugulethu Seven, seven young people who were killed by the South African security forces during the anti-apartheid struggle years.

According to Mbothwe “Okwe-Bokhwe” means “of/like a goat” and it refers to the goat being the sacred animal, with the sacrificial ability to appease the spiritual. The Gugulethu Seven were like a goat, their blood was that of a goat.

The play will be performed at the National Arts Festival in Makhanda on 27, 28 and 29 June.

Mandla, tell us more about the production – what is it about?

The production is based on the historical records of the Gugulethu Seven, seven young members of Umkhonto weSizwe (MK) who were ambushed and heartlessly killed by the South African security forces on the morning of 3 March, 1986, during the anti-apartheid struggle years. The Gugulethu Seven memorial was built on the site of the ambush to commemorate the life and death of those activists. The play is a piece that searches for healing through the performance of the actors and the responses of the audience.

Why is this a story that has to be heard?

It forms part of our identity as well as a lost memory, and it helps feed our soul and spirit as a nation. A piece like this gives us the courage to look back on our wounds in order to find healing for our current lives and prepare us to become better people in the future. 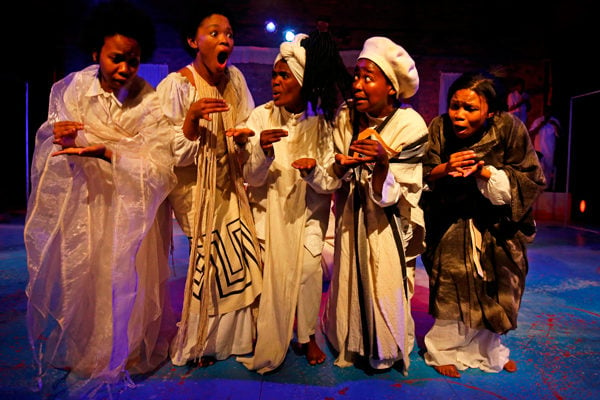 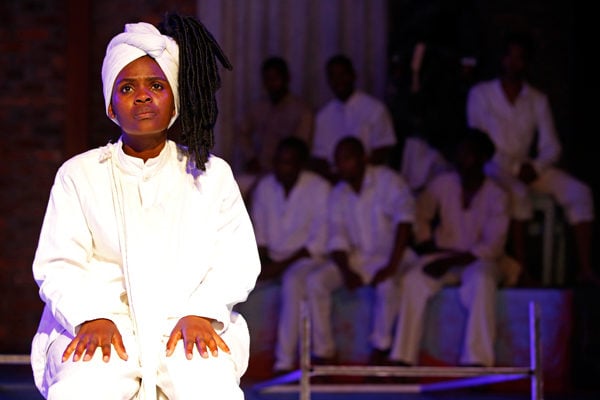 You wrote the play and directed it – take us through the process?

The creation of the piece was a collaborative one with the Magnet Theatre trainees. When people bring their own individual response and experience to a story, a multiplicity of voices contribute to it. In doing so, we help create a collective memory, and when we engage with that memory we open a conversation that can be universal for all, and in turn bring their own response to it, to help with healing a universal wound. It takes time when it comes to healing – each individual will also heal in a different way. 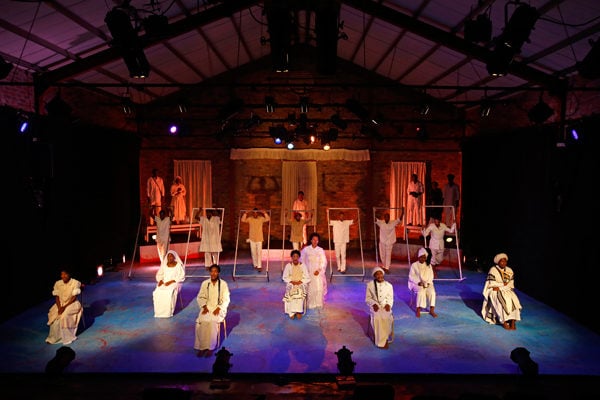 What were some of the challenges bringing this play to the stage?

Like any story around collective memory it is not always comfortable to deal with wounds – wounds that are often very complex. Also, many of the youth today have not heard the story of the Gugulethu Seven. We are archiving these stories in order to feed the living and help heal those wounds. In doing so, there may always be flaws, but we strive to create the best retelling of the story in order to honour the memories of the men that were taken from us, and hope the families accept us. We have to remain continuously humble as creators and actors when working with stories around memory, and in particular when there are actual facts and names involved. We have to explore how memory feeds us to become better people and how we tell the story while creating good art.

The cast are all graduates of the Magnet Theatre, right? Tell us more about Magnet Theatre and the actors – how has it been working with them?

The cast are part of the fifth intake of trainees on Magnet Theatre’s two-year full-time training and job creation programme, which provides the only theatre arts “trade school” of its kind in the Western Cape. The students have now graduated and are third-year interns. The production was originally performed as part of their studies with a cast of 21, and the other performers have gone on to university and other employment. Since its inception in 2008 the training programme has yielded incredible results – 98% of all graduates are either employed, self-employed or furthering their studies. The training programme serves as a bridging programme, providing skills and experience across a range of subjects and opportunities such as performing at the National Arts Festival and touring internationally.

G7: Okwe-Bokhwe grew from a module on the course called performing community memory. In training, we start from the self to speak to a story and create a theatre work from there.

What are some of the highlights of the journey so far?

To see the Magnet Theatre trainees maturing into the story and working with the story as well as the story coming alive in them through their performance. Another highlight is when the audience, including the family members of the seven young men, bring their own response to complete the theatre experience. We were moved and honoured when the families saw the production and felt we had done justice to their story, and recommended the play as an important step in remembering and honouring these men.