The changing meaning of the Voortrekker Monument: heritage gain or heritage loss?

The Voortrekker Monument in Pretoria is arguably the most important heritage symbol for Afrikaners. It is more than merely a monument erected to commemorate the Great Trek, as it has a deep symbolic and ideological significance linked to Afrikaner nationalism. During the planning of the monument, emphasis was placed on its colossal stature as a symbol of the colossal nature of the Voortrekkers. It furthermore depicts their unsophisticated nature, firm courage, self-confidence, piety, integrity, boldness and heroic deeds. The monument was also built to serve as inspiration and give praise to the worthy.

The strong symbolic-ideological nature of monuments makes them vulnerable as they can easily fall victim to opponents of the sentiments of the creators. (Events during the autumn of 2015 in South Africa, when monuments and statues were vandalised, are an example of the reaction against an unacceptable heritage.) To counter the possibility of this happening to the Voortrekker Monument, the management at the monument has made a concerted effort since 1994 to change perceptions about the monument.

This article issues a warning that such a change needs to be dealt with carefully as it may lead to the decontextualisation of the monument, which in turn may result in it losing its status as Grade I heritage site. A possible solution for this is proposed.

This article falls within the theoretical framework of Matilda Burden’s model for the methodology of cultural history as a discipline. It implies the study of the interdependent components within the totality of cultural elements. Monuments form part of the cultural heritage of a country, and heritage management implies that a historical site has meaning for the contemporary community.

Sources used include literature on the origin of the Voortrekker Monument and its symbolism. The change in meaning of the monument was studied via literature and contemporary sources. Other sources include international conventions regarding the preservation of cultural heritage and the National Heritage Resources Act (Act 25 of 1999).

Gerard Moerdyk (Moerdijk) was appointed as the architect of the monument and Pretoria was chosen as the location. The laying of the cornerstone was planned for 1938, even though the monument would not be completed by then. 1938 was to be the year in which the centenary of the Great Trek would be commemorated. It included a symbolic trek with ox wagons from various parts of the country to Pretoria.

Together with the celebrations on 16 December 1949, when the monument was inaugurated, Afrikaner nationalism reached a peak. This date was selected to coincide with the commemoration of the Battle of Blood River, the importance of which was emphasised by the shining of sun rays through the roof of the monument on a cenotaph with the words “Ons vir jou Suid-Afrika” (We for you South Africa).

The design of the monument incorporates two ideas. The first is the laager (a circle of ox wagons) which is seen as typical of the Afrikaner and his military defence system. The second is a massive building which serves the purpose of a sacred place. The Bible was used as the inspiration for the underlying idea of an altar. The cenotaph forms the sacred centre of the building and serves as a reminder to the descendants of the sacrifices made to attain freedom. The dome is a symbol of the extent of the deeds of the Voortrekkers and the sun rays symbolise God’s blessing on the life and aspirations of the Voortrekkers.

It is interesting that Moerdyk included an African motif, the zigzag pattern from the Zimbabwe ruins, on the outside of the monument. There is, however, no proof that he implied a wider meaning to this.

Other groups regarded the Voortrekker Monument as a symbol of apartheid. It has also been described as a place where black people were portrayed as barbarians and that it is insensitive to groups other the Afrikaner.

In 1994 the management of the monument launched a campaign to change the perceptions of the monument. Emphasis was placed on its cultural significance rather than its political meaning. An example is the visit of Nelson Mandela to the site in 2002, which has been described as one of the most important and symbolic visits ever to it. Black guides were also trained and the narrative given to visitors was adapted.

Despite these efforts to portray the Voortrekker Monument as a symbol of reconciliation and nation-building, some groups are still sceptical. Changing perceptions is, of course, not easy, especially since so-called right-wing Afrikaner groups have been unwilling to accept these.

The different approach to the significance of the monument resulted in a growth in international tourists to the site. Tourism brings an increase in the financial position of the monument and therefore specific marketing campaigns have been launched. These were successful, as different accolades have been received. From an almost bankrupt position in 1999 things changed dramatically. The presentation of various functions at the site also added to bringing financial independence.

In 2011 the Voortrekker Monument was declared a National Heritage Site – a clear indication that the changes made were deemed positive. It is interesting to note that the “Statement of significance” of the site made no mention of its symbolic meaning. One of the most important aspects when a monument is declared relates to the physical views as well as its importance and preservation of the symbolism. At the Voortrekker Monument, the architectural merit was emphasised as well as the historical events of the Great Trek.

The criteria for the determination of cultural significance are listed in the National Heritage Resources Act, and are in line with the Burra and Venice Charters, both international conventions for the preservation of monuments. Cultural significance is determined by the

It is nevertheless difficult for the Voortrekker Monument to cut itself loose from its political legacy. The Afrikaner community pressurised the institution to act in order also to safeguard other Afrikaner-related monuments. This led to the establishment of the Heritage Foundation in 2002.

Over the last few years the Heritage Foundation has erected various structures, memorials and statues at the Voortrekker Monument site. These may have a negative influence on the heritage status of the monument, as some of these are aesthetically unpleasing or are encroaching on the view to the monument. Also, visitors to the site are not struck at first by the grandiosity of the monument as they should be, but rather their first impression is of these other structures. In a subtle way this leads to the decontextualisation of the monument.

The idea that all unwanted Afrikaner-related monuments should be moved to the Voortrekker Monument site can therefore not be supported as long as it is done in such a way that the cultural integrity of the site is being scarred. Thorough planning is needed before this can be considered. A solution would be the creation of different buffer zones. Structures with a direct connection to the monument could be placed in the closest zone to it, with others being erected further away. No future planning should be done without the creation of these buffers.

Another concern that comes to mind is the erection of memorials dedicated to the former South African Defence Force. This creates an unbalanced view of the past, as such memorials seem to be favoured while other aspects of Afrikaner history are perceived to be neglected. A bigger issue is that these memorials perhaps do not portray the message of nation-building and reconciliation. The unclear distinction between the Voortrekker Monument and the Heritage Foundation also may be problematic, as the latter seems to place emphasis on Afrikaner heritage, which can be perceived as not being in line with the new symbolism of the monument. This would indeed undo all the hard work done over the past few years and may lead to the monument’s losing its national heritage status. 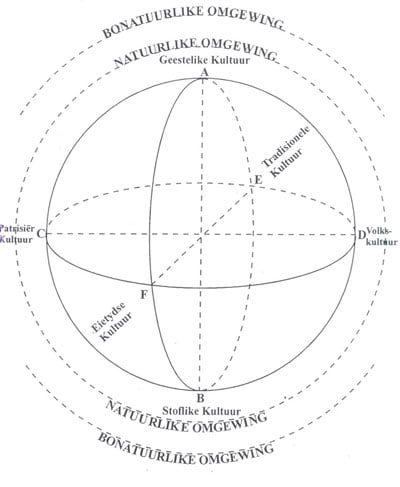 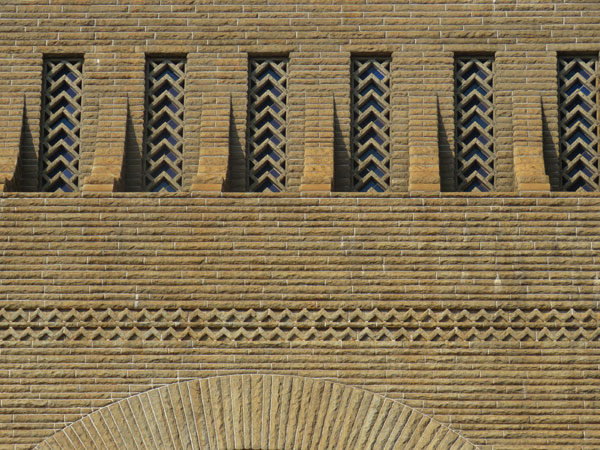 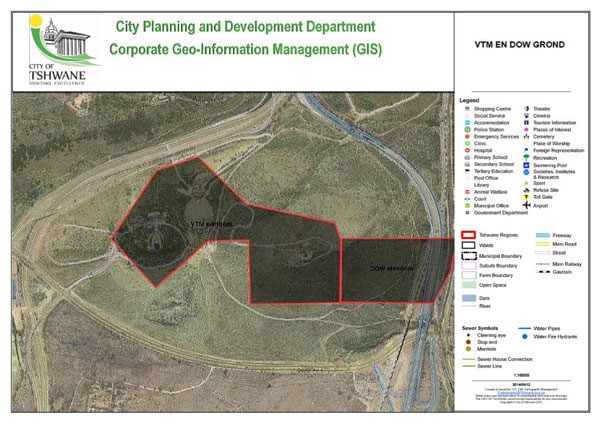 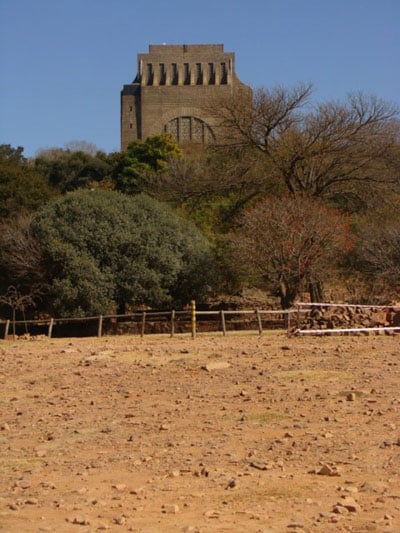 ICOMOS. 1964. International charter for the conservation and restoration of monuments and sites (the Venice charter). Venesië: ICOMOS.

—. 2015. Dealing with statues, monuments and memorials in South Africa – a heritage based response to current controversies. Suid-Afrikaanse Tydskrif vir Kultuurgeskiedenis, 29(1):7–21.

3 International Council on Monuments and Sites.