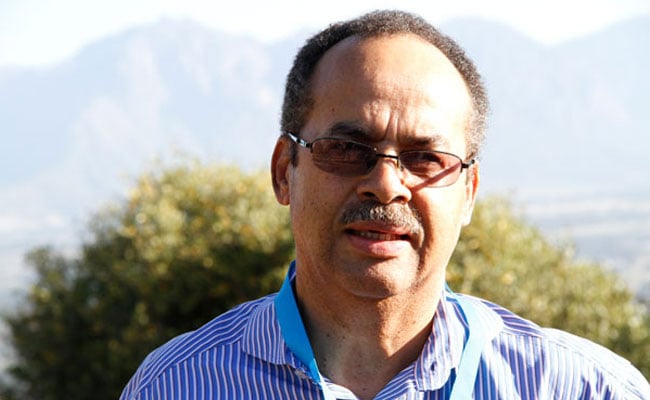 Libraries were burned down during recent student protests, like the law library at Howard College, UKZN. Hans Pienaar asked Danny Titus, part-time Commissioner of the South African Human Rights Commission, whether he thought the International Criminal Court has set a precedent in hearing cases of cultural destruction with its finding on the demolishing of Timbuktu's tombs. Would a similar case exist for universities in South Africa?

Danny, the International Criminal Court (ICC) has set a precedent in hearing cases of cultural destruction with its finding on the demolishing of Timbuktu's tombs. Do you think a similar case exists for universities in South Africa, where libraries and facilities have been burnt down?

Furthermore, when we look at the overall jurisdiction of the ICC, it relates to the following:

(a) the crime of genocide

(b) crimes against humanity

(d) the crime of aggression.

The president of the ICC, Judge Silvia Fernàndez de Gurmedi, said in June 2016 in The Hague[i] that “the Preamble of the ICC's Statute recalls the devastating effects of the scourge of war that may shatter at any time the cultures of peoples that are pieced together in a 'shared heritage’.” In this way, he says, "The ICC is legally equipped to protect this shared heritage including by explicitly sanctioning the destruction of cultural property."

However, when we look at his next paragraph the ICC process is located firmly in international and internal conflicts:

Article 8 of the Rome Statute provides that the intentional destruction of cultural property in the context of an armed conflict is a war crime. It prohibits intentionally directing attacks against buildings, including religious buildings and historic monuments provided they are not a military objective. This prohibition is absolute and applies to both international and internal conflicts.

These are the charges to which Al Mahdi pleaded guilty in the Mali case before the ICC. It is not applicable as a precedent in South Africa, where we have not started our national laws against the perpetrators. I am of the opinion that the Mali case can and should be used in arguing for sentence in the South African destruction of cultural property and not in the elements of the crimes levelled at the accused.

At another level: before we rush to apply the decisions of the ICC it is of relevance to take into consideration the disdain African leaders, including President Zuma, have expressed for the ICC.

In South Africa we are also aware of the Minister of International Relations and Cooperation who has also indicated that South Africa may withdraw from the ICC.

Then we have the established process around the Sudanese President Al Bashir where the South African government clearly turned its back on public international law and our international law obligations relating to the ICC.

It will therefore be of relevance as a South African civil society in particular to emphasise our international law obligations to the government, to work more strenuously towards the domestication of international instruments and to integrate it in our litigation as well as judicial decision-making.

In sum, I do not think the ICC case is a precedent and I also do not think a similar case exists for universities where libraries and facilities have been burnt down. I deal with alternative processes and charges under the next question.

Should burning libraries and university facilities in South Africa be treated as transgressions of human rights law and of South Africa's Constitution?

One could certainly argue this point. However, our common law relating to malicious damage to property and public violence should be sufficient, whereas transgressions of human rights law and the South African Constitution could be presented as aggravating circumstances.

It is also argued in the destruction of cultural property in international law, that alternative crimes should certainly be considered. Prosecutions for crimes against humanity could form the overarching backdrop to the charges. Furthermore, arguing that crimes against humanity may occur in times of war and peace is considered an attractive option for the prosecution.

Should the failure or tardiness of the government and its agencies to prosecute the perpetrators in the burning of libraries and university facilities be investigated by the public protector ?

I am not so sure that the new public protector will investigate these cases. I am equally not sure whether the former PP would have done so either. This is a matter of criminal investigation for the South African Police Services, other law enforcement agencies and the National Prosecuting Authority (NPA). It has to do with forensic investigative skills, the willingness of witnesses to come forward and a competent NPA that can bring cases to convictions and sentencing.

While I understand the urgency to bring the culprits to book it is also worth noting that our criminal justice system as a whole is not as effective as it should be. In fact, we are experiencing the effect of political interference in the law enforcement agencies over an extended period of time, whether it is real or perceived.