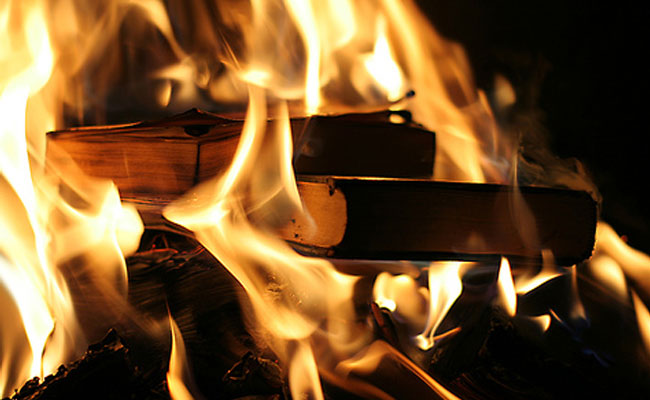 Andrew Donaldson says a useful precedent may have been set in the trial of Ahmad al-Faqi al-Mahdi in The Hague. He wrote this article in politicsweb.

Hans Pienaar asked him to explain a few matters.

The International Criminal Court has set a precedent in hearing cases of cultural destruction with its finding on the demolishing of Timbuktu's tombs. Do you think a similar case exists for universities in South Africa, where libraries and facilities have been burnt down?

Yes, I do. But allow me to elaborate.

I had intended to compare, in a satirical manner, the intolerance, zealotry, rhetoric and extremism of some of the #FeesMustFall activists with those of jihadists. Given the destruction and violence we have seen on campuses it seemed an obvious and not too demanding exercise. One bunch of idiots behaving like another bunch. That sort of thing.

More seriously, in Mahdi’s case, his actions, according to ICC prosecutors, were “tantamount to an assault on people’s history. It robs future generations of their landmarks and their heritage.” The same, I feel, is sadly true for those who have destroyed libraries and made bonfires of artwork. These are the totalitarian actions of fascists. As I noted in my column, “[T]hose who would destroy our past have most likely made up their minds about our future as well.” They are now threatening to visit great harm upon those who wish to return to lectures – that is, the majority of students.

Regarding the threat of violence, it’s a bit of a disgrace that the ICC has yet to prosecute anyone for the murder, rape, torture, execution and pillaging that took place under the jihadists in Timbuktu and elsewhere in Mali. But the Mahdi conviction and sentence is nevertheless a significant precedent.

Do you think burning libraries and university facilities in South Africa should be treated as transgressions of human rights law and of South Africa's Constitution?

Yes. The Bill of Rights states, “Everyone has the right to a basic education, including adult basic education; and to further education, which the state, through reasonable measures, must make progressively available and accessible.” Note the “further education” bit. Irrespective of whether fees have fallen or disappeared altogether, or even the merits of such a campaign, a university education is just not possible without universities – or university structures, like libraries. To deny a student access to a library, no matter the “principle” behind such an action, is a violation of that right.

Should the failure or tardiness of the government and its agencies to prosecute the perpetrators in the burning of libraries and university facilities be investigated by the public protector?

Yes. It’s of great concern that arsonists go unpunished. I hope it’s not too extreme to suggest that #ImpunityMustFall.