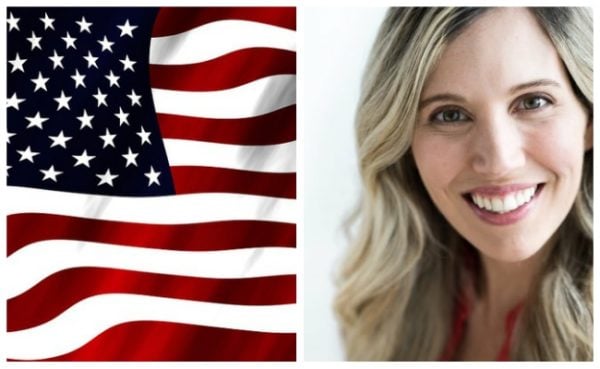 It feels like the countdown to the apocalypse. Or maybe miracles can still happen, and we’ll wake up from this four-year nightmare. Why are we so emotionally invested in this election? Someone told me that regardless of the results, life will go on and we’ll carry on as usual, despite who the president is. But that sentiment is born from privilege. Under a Trump presidency, people of colour, immigrants and LGBTQ people will wake up tomorrow feeling like their lives matter less.

I feel physically ill realising that Donald Trump has enough support for the presidential race to be this close. I feel bone-tired thinking of the state of this country. Before COVID, there were school shootings or mass shootings almost daily. Black men are killed regularly by the cops – those same cops are paid by our tax money – to protect and serve others. Over 220 000 people have died from COVID. And this week, shops and streets are boarded up in anticipation of post-election riots everywhere. Trump “caravans” have driven around the country intimidating voters. It’s hard to recognise this country these days.

There’s so much hate all around, and it appears that we can’t find any more common ground between red and the blue supporters. What happened to loving your fellow man as you love yourself, I often wonder. Are most people just inherently selfish? Do people not care enough when a president is openly racist, sexist and xenophobic? Why wouldn’t you want the minimum wage to be raised in all the states? Why wouldn’t you want free healthcare for all, and for companies not to profit from tragedy and illness? How can we let an administration off the hook when 545 kids are currently still lost, separated from their parents by this government due to an inhuman immigration policy? I guess I just don’t understand why we are not voting to be treated as you yourself would want to be treated.

The build-up to this election has happened in the echo chamber of social media, where we all endlessly repost narratives that reflect our own views. We’ve basically been in lockdown with reduced social interaction for over seven months. So, we don’t talk to each other; we just post our angry opinions and engage in cyber arguments. All around me for the past four years, I’ve seen families and friends split apart by the increasingly venomous rhetoric – from both sides.

On the Republican side, Trump’s actions are always excused with, “But it’s fake news.” Well, TV hosts are opinion-makers, not reporters. It is your responsibility to sift through the opinions and find the actual facts. And, if you actually take the time to do so, it’s easy to uncover Trump’s lies – I think there are over 20 000 documented lies already. But facts don’t matter so much anymore, either; instead, conspiracy theories have become mainstream.

Imagine the days when Clinton was impeached due to inappropriate relations with one intern. Now, 26 women are accusing the president of sexual misconduct, but Trump’s never held accountable by anyone in his party or his supporters. He can bully Ukraine by withholding aid unless they investigate his political opponent, without any concern for consequence. He can collude with Russia without consequence. Because it’s all fake news – despite the actual witnesses, testimonies and documented evidence.

On the left, the superiority and hypocrisy drive me insane. The left will accuse Republicans of only starting to care about issues, such as COVID, once they are personally affected. Yet, it was really women’s reproductive rights coming under attack that spurred many in my circles into action.

I also get very irritated by the condescending attitudes of so many Democrats who will just accuse Republicans of being dumb or stupid. I think it’s more complicated than that. Trump has provided a platform for the racism that still prevails in this country and around the world. I think he speaks to the beliefs and privilege of many, and that is why he has so much support. If, deep down, you need a government to protect your little white town from anyone who is not white, you’ve found your guy.

Maybe that is why so many turn the cheek the other way when they see what Trump and his administration have done to split up immigrant families. I believe it is one’s moral duty to vote a guy out of office if he has effectively created detention camps and separated parents from their children.

Being Christian is part of my DNA and of who I am today, and I feel heartbroken when I see Christianity being hijacked by Trump. Is it not the Bible that tells us to take care of the planet? To be stewards of the earth? To take care of the elderly, the widows, the poor and the disadvantaged? To love one’s neighbour as you do yourself? To bring the children to him, not inflict trauma on them for the rest of their lives by splitting them from their families? Trump and his administration are constantly rolling back programmes for the disadvantaged and elderly. They’ve attacked medicare and social security. In everything they do, I see the opposite of Christian behaviour.

Just take the time to read the man’s tweets. The constant boasting. The inability to admit when he is wrong. The constant lying. The constant bullying of others. Making fun of others, even people with disabilities. The racism. The sexism. The demonisation of countries or people of colour. His words have incited violence. Anyone else would be fired for the behaviour he exhibits. But he thinks he is above the law, that he is the law, and no one holds him accountable.

So, here we are in the middle of a global pandemic, when even a simple mask (to protect others as you protect yourself!) has been politicised. Trump lied about the serious nature of the virus. He was already pushing to open up economies again during Easter. He mocked people, including Joe Biden, for wearing a mask when he himself contracted COVID. He undermined his own health expert. He said that the pandemic would be over in hotter weather, and it was, in fact, the opposite. Right now, he claims that the pandemic is over, when cases are rising rapidly. With so many of us, including me, having lost family members to COVID, we remember when people were turned away from hospitals. Trump had access to the best medication, provided to him for free. But our affordable healthcare is under attack. And he has not taken accountability for his cavalier approach to the pandemic. Chris Christie spent seven days in ICU and came out apologising for not taking it seriously enough and not wearing a mask. Trump just doubles down.

I will never understand the support for someone who has shown no respect for this democracy or for others’ lives. Trump’s made it clear that rules don’t apply to him, and I guess half of the country truly doesn’t care.

So, now we wait for every ballot to be counted. We grieve for the lives lost this year, and we grieve for the moral victory that has slipped from our grasp when we realise how close the results will be. If he wins again, it will be a win for the liars, the bullies, the racists and the ongoing privilege of pale-skinned people everywhere. And there are just more of them than we realised. And, while we know that not all Republicans are like that, it still hurts that others’ lives mattered less than voting red again.