Female translators were highly atypical in colonial South African history. Nevertheless, four important female translators appeared on the colonial translation scene who all, rather interestingly, translated from or into Khoesan languages. Besides their marginalised position as women they were, therefore, also linked to marginalised languages. These translators were Krotoa, a Khoe interpreter employed by Jan van Riebeeck, Zara Schmelen, a Nama mission assistant and Bible translator, and Lucy Lloyd and Dorothea Bleek, so-called Bushmen researchers and family members of the well-known philologist Wilhelm Bleek. Since female translators were so atypical in colonial South African history, their position within the social and cultural environment and their agency are particularly interesting. Questions arise about the circumstances that allowed women to work as translators within a restrictive social context and about the characteristics of their conduct as translators, especially with regard to their social positions and the cultural or ideological work accomplished through translation. This research report seeks to answer such questions by employing Margaret Archer’s morphogenetic approach.

Archer’s approach involves investigating structure, culture and agency and the ways in which these contribute to cycles of social change (morphogenesis) or stagnation (morphostasis) over time. By emphasising both structure and agency, Archer’s approach is a response to the typical polarisation of structure and agency in social theories and provides a useful perspective for investigating translation and translators in cooperation. Archer understands structure broadly as any patterned social arrangement that arises from human (inter)actions, but also influences human (inter)actions. It includes social roles and norms. Archer elevates culture to a core element of social causality and understands it as ideas and beliefs that include propositional knowledge as well as myths and opinions.

Agency refers to the sphere of human action and interaction. Archer distinguishes between primary agency (agency derived from social rank), corporate agency (agency in its relation to social organisation), and social actorship (the unifying of personal identity and social roles), which direct the discussion of agency in this writing. Social conditioning occurs when structure and culture either limit or allow certain action alternatives of agents. However, over time human interaction also determines how culture and structures either stagnate or change. Structure and agency are viewed diachronically because structures necessarily precede the actions they transform and because structural expansion necessarily follows these actions. Archer thus possesses a fundamentally historical understanding of social processes, which allows structure, culture and agents to be discussed respectively and allows formation and transformation to be highlighted as guiding metaphors. The application of this approach to specific translators involves describing the morphological cycle in which translation activities are situated and then the agency of the translator(s) under the conditioning of structure and culture within that cycle.

The first translator, Krotoa, had been living with her uncle, the well-known Khoe chief and interpreter Autshumato (“Harry die Strandloper”) when she was taken into the household of Jan van Riebeeck as a servant in 1653. Having learnt to speak Dutch fluently, she began working as an interpreter in negotiations with Khoe tribes in 1657 – an unusual role for a woman. She temporarily enjoyed an elevated status as an interpreter within Dutch society, but her life took a tragic turn after her husband’s death and she spent the last years of her short life in prison. The morphological cycle in which Krotoa’s translating and interpreting activities took place was initiated with Dutch colonisation of the Cape. Certain structural conditions (the frailty of the initial Dutch encampment and the need for good relations with Khoe trading partners) rendered Khoe translation a necessity. However, a rapid change in structural characteristics involving greater VOC independence and hostility towards the Khoekhoen meant a short period of structural favouring of interpreting. Dominant ideological trends also contributed to the ephemerality of interpreting. A European ideology of supremacy manifested in the enforcement of Dutch as a lingua franca in trade. Krotoa’s importance as a translator was thus short-lived. Like that of the other female translators researched, her involvement in translation was partially coincidental and dependent on male sanctioning. Nevertheless, a strong exercising of agency is evident in her translation work and Krotoa exploited coincidence to improve her social position. She was active in seeking information and in political negotiation, exploited views of women as reliable and “safe” and was even dishonest at times to improve her status in Dutch society. However, she navigated a complex intercultural realm and was often distrusted by both her own people and the Dutch, which limited her ability to achieve the status of social actor (whereby her personal and professional identities would have been unified).

In contrast with the infamy associated with Krotoa, Zara Schmelen (née Hendrichs or //Xaigas) is described in the English title of her biography as “the invisible woman” and little is known about this Nama mission assistant and Bible translator. Schmelen was born in 1793 and was a convert and then wife of German missionary Hinrich Schmelen of the London Missionary Society. She became instrumental in the first attempts at a Bible translation into Nama because of her husband’s difficulty with learning the Nama language. Zara seems to have been responsible for the actual translation and naturalisation process, whereas Hinrich’s role was to expound the Scriptures. At a mission station in Kommagas the couple produced a translation of the four Gospels, a catechism, a hymnal and a dictionary by 1830. Shortly after the printing of the gospels, Zara died of tuberculosis and the translation work ended. The morphological cycle in which this translation work took place is characterised by the spreading of Western influence and social structures to the interior and increasing contact between settlers and indigenous groups. Under the influence of Christian revivals in Europe, indigenous peoples were seen as candidates for evangelisation, but under colonial ideology also as candidates for “civilisation”, and tension existed between liberal humanitarianism and colonial prejudice. Religious morphogenesis prompted Bible translation into indigenous languages, which tended to be carried out by European missionaries. The ideological climate limited women’s work to the home and offered no room for women’s involvement in Bible translation. Zara’s involvement in translation was necessitated by her husband’s language-learning difficulties, yet a strong exercising of agency is observable. Zara was dedicated to Biblical translation work amid difficult circumstances and saw this as her life’s purpose. Her relative productivity and perseverance amid challenges and setbacks (such as the destruction of the first manuscript of the gospels by termites) attest to a very active agency. Her proclamation at the end of the proofreading of the Gospels that she had achieved her life’s goal further implies that she reached the status of social actor.

Lucy Lloyd was the sister-in-law and Dorothea Bleek the daughter of famous German philologist Wilhelm Bleek, who settled in Cape Town in 1856 as curator of Sir George Grey’s library. Wilhelm Bleek trained Lloyd as an assistant in “Bushman research”, which consisted of collecting and translating into English the narrations of /Xam informants and resulted in a very extensive collection of texts. Lloyd continued the work after Wilhelm’s death in 1875 for almost a decade. She moved to Europe in 1874, where she trained Dorothea Bleek in the translation of /Xam and !Kung. Dorothea returned to South Africa in 1904 and pursued Bushman research full-time some years later. Her research was very broad, including as it did anthropological data collection and rock art research, and she also translated folklore from !Kung. As educated white women, these researchers possessed more agential freedom than Krotoa and Zara Schmelen in colonial society. Nevertheless, ideological conditioning still restricted women’s role as researchers and translators, and Lloyd and Bleek remained on the periphery of South African academic networks. The morphological cycle which contextualised their scientific work included Western research motivations that can be traced back to the Enlightenment.

Wilhelm Bleek pursued a goal of tracing human development through linguistic research, and although Lloyd and his daughter continued in this tradition to some extent, they also pursued their own more personal goals and carved routes for the exercising of female agency. Lloyd was not bound by Wilhelm Bleek’s ideas about race and had close relationships with informants. She had a “softer” and more empathetic research approach and moved away from mythology to investigating /Xam culture more generally. Dorothea Bleek’s research was motivated by family tradition and loyalty rather than grand scientific theories. She positioned herself as central to her own scientific world and her use of female friends as field assistants represented a feminisation of her work environment. Both women created environments in which their personal and professional identities could be united rather than attempting to enter the existing scientific milieu.

This research article finds that coincidence and male sanctioning were present in these women’s involvement in translation, but that a strong exercising of agency was present that was mainly personally motivated. Agency, however, did not involve any organisation (corporate agency), and was passive with respect to social change. Nevertheless, in most cases, these female translators were able to achieve the status of social actors. 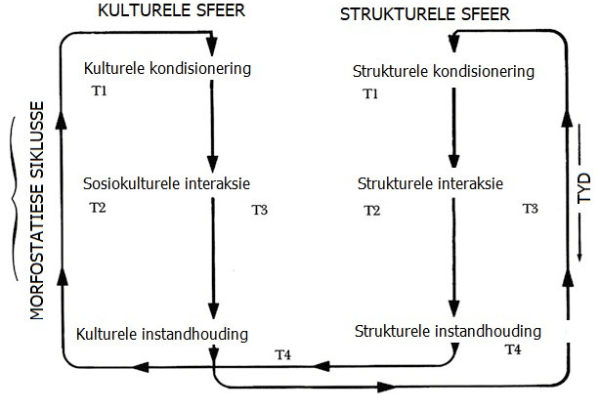 As my wife has been from the first my assistance she has now more knowledge of the language than any other to find out the proper signification, as also grammatical knowledge of what she has heard of me. Every sentence I translate, she is obliged to set it over to remain close to the words, especially to take the proper meaning of what is said in the text and at the same time to make it sound Namaquas and not Dutch Namaquas. (Trüper 2006:54)

Then her elder sister sprang out of the reeds; she in this manner, she running came. She, when she had run to her younger sister, she perceived the goats, she turned aside to the goats. She caught hold of a goat …. They, taking hold, rubbed off the hair (from her skin). Therefore, when she sat down, she said: “Ye must, pulling, leave the hair on the tips of my ears; for, in that manner I shall come to hear; for, I do not feel as if I should hear.”

In preparing the narratives, Dorothea sacrificed the /Xam idiom for more familiar English modes of speech, as was also the case in Specimens of Bushman folklore. And while Dorothea’s invaluable translations are always closely aligned to the /Xam text, she did intervene in a number of ways, omitting /Xam comments and other details that she did not consider directly relevant to the narrative. References to urination and genitalia were excised.

—. 2000. Being human: The problem of agency. Cambridge: Cambridge University Press.

Bank, A. 2006. Bushmen in a Victorian world: The remarkable story of the Lloyd collection of Bushman folklore. Kaapstad: Double Storey.

Giddens, A. 1984. The constitution of society: Outline of the theory of structuration. Cambridge: Polity Press.

Hollmann, J. 2020. Speaking for themselves? Dorothea Bleek’s translation and editing of /Xam narratives in customs and beliefs of the /Xam Bushmen. https://www.curatorium.co.za/speaking-for-themselves/ (3 Februarie 2022 geraadpleeg).

Maccarini, A.M. 2013. The morphogenetic approach and the idea of a morphogenetic society: The role of regularities. In Archer (red.) 2013.

Wessels, M. 2008. New directions in /Xam studies: Some of the implications of Andrew Bank’s “Bushmen in a Victorian World: The remarkable story of the Bleek Lloyd Collection of Bushman folklore”. Critical Arts, 22(1):69–82.