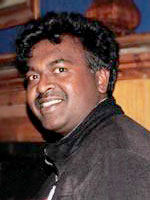 Founder and director of the Midlands Literary Festival, Darryl David, talks to Naomi Meyer about this exciting event, now in its third year.

Hi Darryl, thanks for opportunity to have a chat about the Midlands Literary Festival. Please give our readers some background about this new festival. Why in Pietermaritzburg and why focus on African languages?

The annual Midlands Literary Festival takes place from 24 to 26 August. But this will be a historic festival. It will be a first for African languages when a Zulu Literary Museum is launched as part of the festival.

The Zulu Literary Museum will be based on the Pietermaritzburg campus of the University 0f KwaZulu-Natal and will be housed at the Centre for African Literary Studies (CALS).

Precedents have been set. There is an National English Literary Museum (NELM) in Grahamstown and an Afrikaans Literary Museum in Bloemfontein (NALN). But 18 years since democracy no African language has yet managed to get a literary museum off the ground.

A literary museum is truly the Holy Grail in literary circles. It is in this regard that I have invited a 30 strong line-up of the country's top writers to share this historic moment with us, to say “tsau bona” to this new addition to the literary family of South Africa.

The theme of our festival (“The Stars say Tsau-Bona”) is obviously a literary play on the title of Antjie Krog’s famous publication The Stars say Tsau, in which she translated poetry of the San people, thereby bringing it into the mainstream.

Sadly, Antjie could not join us, but I won't grumble with a line-up that includes:

to name but a few of the stars descending on Pietermaritzburg and Howick next weekend. 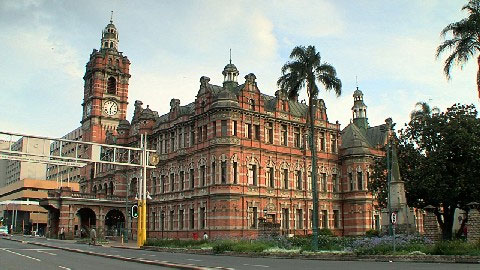 Everyone is, of course, asking me why Pietermaritzburg? Why not Durban or Ulundi?

Well, I have always maintained that Pietermaritzburg should be the literary capital of South Africa, as it boasts direct links with writers like Alan Paton, Bessie Head, John Conyngham, Mahatma Gandhi (yes, he wrote volumes for his autobiography!), David Robbins, Moira Lovell, Kobus Moolman, DJ Opperman and Ina Rousseau

And make no mistake, Zulu writers and artists in the rest of the country read like the who's who of South African literature and arts. Benedict Vilakazi is the man whose name adorns the street on which Nelson Mandela and Desmond Tutu lived in Soweto. He was the first black man to earn a doctorate in South Africa, the first to publish an anthology of poetry in Zulu, and the highest literary award in Zulu literature is the Vilakazi Prize. DBZ Ntuli has won the Vilakazi Prize the most times and will go down in history as having translated A Long Walk to Freedom into Zulu; John Dube, first president of the ANC, was the first man to publish a novel in Zulu; Albert Luthuli, South Africa's first Nobel Laureate; Nat Nakasa; Mazisi Kunene, first Poet Laureate of South Africa; Oswald Mtshali, winner of the Schreiner Prize; Lewis Nkosi; Credo Mutwa; Mbongeni Ngema of Sarafina fame; Johnny Clegg; Gcina Mhlophe; Njabulo Ndebele; Mandla Langa; Ladysmith Black Mambazo; Fred Khumalo, winner of first European Union Literary Prize for Witches Brew; Sifiso Mzobe, who scooped the Sunday Times award last year – all reason enough to create a Zulu Literary Museum to archive the immense role Zulu writers have played on the South African literary stage.

Of course, none of this would have been possible without a very generous sponsorship from Shuter and Shooter Publishers, something of an institution in Pietermaritzburg and a friend of Zulu writers for over a century.

A special word of thanks as well to Lythwood Lodge who are accommodating all our out-of-town writers in the lap of luxury during the festival, and to my wordsmiths who have walked this journey with me – words fail me!

I recognise names I’ve seen on the shortlist for the Sunday Times/Alan Paton awards lists this year: McIntosh Polela and Anton Harber. But then there are also a few writers I don’t know that well. Please give some of our mainly Afrikaans readers some information on these less well-known authors so that they can come and fill the seats? 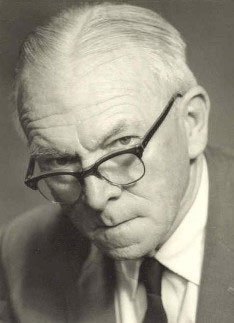 I am glad you picked up on the Paton Prize finalists, Naomi. Pietermaritzburg is known as Paton Country. There is the Alan Paton Museum on the Pietermaritzburg campus of UKZN, which has Paton’s exact study with all his books. Then there are two of Paton’s homes, his schools. So my plan for future festivals is to create a literary trail around the likes of Paton, Bessie Head, DJ Opperman, Sheila Cussons, Ina Rousseau and the Dhlomo brothers. But to get back to Paton: going forward I plan to use the Paton Prize finalists as my guide when crafting future festival line-ups. I make no secret of the fact that I believe the Paton Prize should be awarded in Pietermaritzburg, not at the Franschhoek Literary Festival. 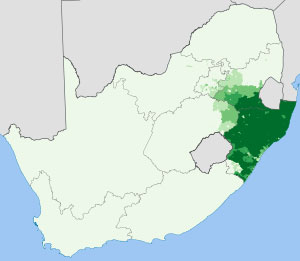 The second focus will, of course, be Zulu/African literature, and the third, writers of KZN. Before the Midlands Literary Festival, there existed not a single literary festival that showcased KZN writers. The Time of the Writer Festival, which Breyten Breytenbach helped get off the ground, has largely an Africa focus, not a KZN focus.

Other not so well-known writers for your readership might be Ahmed Kathrada, a Rivonia trialist and close friend of Nelson Mandela’s, who was shortlisted for the Paton Prize for A Simple Freedom (but he surely must be known in your part of the world?); Ashwin Desai, whose Shakespeare on Robben Island will undoubtedly become Africana and looks at the influence of Shakespeare on Robben Island prisoners. Then there are Judge Chris Nicholson, author of the story of legendary golfer Papwa Sewgolum as well as Who killed the Cradock Four; Ian Player, a legend in conservation circles and founder of the Duzi Canoe Marathon; Miriam Tlali, the first black woman to write a novel in English; Oswald Mtshali, the man who won the Schreiner Prize for Sounds from a Cowhide Drum. Read the David Kramer songbook and see what they had to say about Oswald Mtshali. I would be very surprised if your readers do not know Gcina Mhlophe, legendary children’s author and storyteller par excellence, and David Robbins, who has written that South African classic The 29th Parallel, which won the CNA Prize. David is a very versatile writer who has written many travel books à la Dana Snyman, among them a beautiful book on the Blue Train.

Many of the speakers are literary critics speaking about iconic writers: Michael Chapman is to English literature what John Kannemeyer was to Afrikaans. He will speak on Lewis Nkosi; Prof Maphumulo will speak on South Africa 's first Poet Laureate, Mazisi Kunene, a giant of Zulu literature; Elwyn Jenkins, Emeritus Professor from Unisa, always has some interesting ideas and is proof that a lecturer’s best years may be after retirement. But one of the most interesting talks will be presented by Jonathan Draper, who will speak on Magema Fuze, who penned the first book in Zulu. Draper is also the author of Eye of the Storm, a book about Bishop Colenso.

Much of KZN is also about Indians. Hence writers like Aziz Hassim, who placed Indian writers on the map with The Lotus People, and Solly Dangor, who will talk on Muslim traders of KZN.

Daphne Olivier has written a piece of documentary fiction about Irish women who came to the Eastern Cape as part of a marriage scheme of sorts. I just can't resist books like these.

John Carlson has penned my type of book – Owls of South Africa. People who know me from Booktown Richmond will know I like this type of coffee table book.

The two young Turks, Kyle Allen and Hector Kunene, have vowed to wow us with their poetry readings.

Elana Bregin will be swopping her publisher’s cap for a writer’s, as will The Witness books editor Margaret von Klemperer, who will launch her debut novel at the festival.

All in all it promises to be a sumptuous offering.

Do we have enough readers of books in all the African languages in this country? And how about all the people who do not have enough money to buy a loaf of bread – are books by these authors readily available in the country’s libraries? What kind of role can a literary festival like this one play in this regard?

Now this is a difficult one. My gut feeling is that there are too few readers and too few books being published, although I suspect many will disagree with me. But I think the lack of publishers in indigenous languages tells a story that there are not enough readers.

At the end of the day, money talks.

Media 24 has a R150 000 prize which Ingrid Winterbach recently won. Put that kind of money up for indigenous languages and you create hype.

Take the Hertzog Prize. The Sunday Times Award. In Zulu there is the Vilakazi Prize. But Google “Vilakazi Prize” … You will find nothing. How many Zulu newspapers have a literary editor? How many a literary supplement? It’s going to be a long journey, and money is going to be needed. But I have a clear idea of what a Zulu Literary Museum should be doing for the next decade.

So you ask me if my festival will change readership patterns?

It could, to a small degree.

But the bigger question is: Is it my responsibility in the first place?

That's why I run literary Festivals. So that lovers of the written word can enjoy themselves for a weekend!