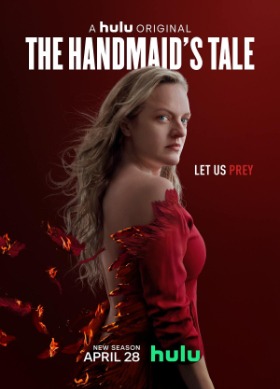 “It’s like Prison break,” says my wife after a mere three episodes of the new season. I gasp for breath and reach for my inhaler. I see a divorce in our future.

For those who have not seen Prison break, it is about a dude and his brother (and the dude’s girlfriend) trying to break out of a prison for what feels like a gazillion seasons. They are continuously behind bars, about to break out, about to be caught, but mostly behind bars, and not the kind where you can at least order tequila.

I do not want to agree with the Prison break verdict. I am a diehard fan of Margaret Atwood’s writing, Elisabeth Moss’s choice of roles and the combination of these two powerhouses in the form of The handmaid’s tale. For Pete’s sake, I have even read The testaments. I know what lies ahead for June, Aunt Lydia and Hanna and am intrigued to see how the characters get there.

Sadly, I must agree, though, that by season four, we are skirting Prison break territory. Do not misunderstand. It is still exquisite TV: brilliant cinematography, gorgeous costumes and masterful use of colour, spellbinding evil, rays of hope, complicated characters, etc. It is all there – every ingredient that made the first two seasons a thrilling experience – except, perhaps, for the element of suspense, a sense of wonder at the narrative. There are no surprises, sadly. June almost makes it out, but does not. June almost dies, but does not. June goes through hell, but does not break. Who will turn evil? Who will redeem themselves? I have seen this before. Three times, to be exact.

I am still hesitant to agree with the verdict. I need more evidence, circumstantial or otherwise. I need that surprise witness. I need Marisa Tomei to analyse the tyre tracks like she did in My cousin Vinny.

Luckily, I have seen only the first three episodes, so there is a glimmer of hope that a twisty, shocking, yet authentic plot twist will steer the case towards not guilty of becoming Prison break.