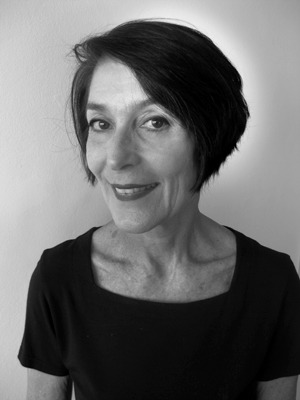 I had no fondness for Afrikaans, growing up in Pretoria in the ‘50s; as a Catholic, that was probably inevitable. The rough gutturals grated, it was a language with none of the lightness, the lyricism, of the English spoken by the Irish nuns who taught me. Yet the Afrikaans teacher, neat, unsmiling Mrs Goosen, probably felt the same contempt as the nuns did for the classroom full of coarse kids in front of her – she called us “ongeskikte buffels”. We were a sorry lot: lower-middle-class girls from various backgrounds, including Lebanese, Portuguese and Italian; there was even a Jewish girl called Avril Amler. We were the post-war boom generation, and many of our fathers bore the scars of Alamein and Tobruk. My father was one of them, a SAP who had a contempt for his culture and his language, and never spoke a word of Afrikaans, except when he angrily swore at some “klein stront”, or a “bliksemse houtkop” or “donderse kaaskop”.

Then, of course, Afrikaans was the language of a government that had created a world of curfews and poky backyard rooms for largely anonymous servants, people with first names like John, or Sophie, and homes far away that they seldom visited. A world where I was, bewilderingly, part of a “Roomse Gevaar” and where, my mother continually reminded me, I had been deprived of a holiday on my birthday by the evil Afrikaners: Empire Day had, until the year I was born, been a day commemorating Queen Victoria’s birthday. My father told me that this was also General Smuts’s birthday, and later still I realised it was the day Israel and Ireland came into being, and the Raj fell. 1948 was not a good year for the British Empire. (May 24 is, by the way, also Bob Dylan’s birthday.)

Newspaper headlines were vivid in the ‘60s, and phrases like “the winds of change” were blowin’ in the air. African countries were decolonising, while at home Nelson Mandela was tried and sentenced for treason. It was clear who the baddies were. And the Brits were buggering off home, where they belonged. Here, in South Africa, we were clearly out of step, and our own brand of nationalism had taken root, with the Commonwealth being given the boot, and the Imperial system being replaced with the metric system (and thereby hangs many a tale, as Imraan Coovadia’s recent novel demonstrates).

It was not long before language became a weapon in the struggle for dominance, with Hector Pieterson becoming the face of martyrdom as the country’s black youth refused the imposition of the language of their oppressors. Some used this very language as a counter-attack. Adam Small was one, and his bitter love poem haunted a generation:

This against the background of Andre Brink’s subversive novels, which foregrounded race issues. The oppressor’s language had become a gun that was turned on himself. My father’s scorn for his people became muted, and I read The Ambassador – not all Afrikaners were like the disapproving dominee or the policeman with his sjambok or the tight-lipped tannie whose eyes seemed narrowed against the world. I soon learnt the term “colonialism of a special type”, and South Africa did seem to be a special case. In more ways than one. With its internal colonialism, the victims of Empire, whose psyches were still haunted by images of women and children fleeing burning farms, had in turn chased people off their land, and were systematically herding them into far-flung “homelands”, condemning them to a life on the periphery and an inferior education in desolate “bush colleges”.

The winds blew again, as they do, and there were dust devils and tornadoes, and alternative Afrikaners like Johannes Kerkorrel swept in with anger and anguish: “Ons sit in die son, drink wyn,/ Ons survive met 'n helse lot pyn in hierdie land”, and the world split open, liberating me into the lost language of my ancestors.

And then, decades later, the winds howled and a black south-easter knocked arch-Imperialist Cecil John Rhodes off his perch. The doors of Jameson Hall seem to stare in bewilderment at the empty plinth of Leander Starr’s old comrade. The great hall has not been renamed, perhaps as a taunt to Jameson. But not far away, Rhodes Memorial continues to memorialise the man who pledged himself to extending the British Empire, over which Queen Victoria ruled with such unsmiling confidence. Imperialism was the name of “the great game” being played at the time, and whose aims Rhodes outlined: “the extension of British rule throughout the world, the perfecting of a system of immigration from the United Kingdom, and of colonisation by British subjects of all lands where the means of livelihood are attainable by energy, labour and enterprise, and especially the occupation by British settlers of the entire Continent of Africa”. This delusional aim was founded on an even darker delusion: the English were “the finest race in the world and the more of the world we inhabit the better it is for the human race”. Unsurprisingly, Lobengula complained to Victoria: “He wants to eat up my country!”

Now, more than a century later, it is the turn of others to eat. Post-colonial Africa is often criticised for merely consuming, but this does not refer only to goods (as Fanon knew); foreign languages, the bearers of culture, are enmeshed in post-colonial societies, and as these are consumed by the natives, they also colonise their minds. Almost 40 years after the Soweto uprising the language that grew out of Africa, and which was used to oppress and even exclude Africans, carries with it a centuries-old suspicion. After having been force-fed to many, it is now being spat out. This despite the fact that Afrikaans may be the language of one’s mother, the language that auntie and ouma and even gogo speak, and which rolls off one’s tongue in a way that the clipped syllables of English do not; a language that somehow feels at home in one’s mouth. Institutionalised at Stellenbosch in the 1920s and elevated to what Neville Alexander described as an “intellectual” language, Afrikaans is unique in adding to the world’s store of languages, many of which have been lost and are still dying away. As indigenous languages continue to do, here in Australia.

But now, having been subordinated to the language of Rhodes and Empire, Afrikaans may soon share the fate of dying languages. In a Facebook post commentator Tom Eaton imagined Cecil John and Victoria high-fiving each other at the news from the Western Cape, which one headline described as “a new dawn”. No, the sun has not set on Empire. Not yet. And certainly not in Stellenbosch, where, for many, there is a sense of joy at being alive in this dawn.

But not everyone is pleased, and there has been wide reaction, not least from “Albino Terrorist” Breyten Breytenbach; interesting as they are, this is not the place to rehearse the various arguments. Suffice to say, there are voices that refuse to get into lockstep – or goose step. One can only wonder what Hector Pieterson may have made of this “new dawn”. But it’s a safe guess that, in a world where new nations, new movements are gaining ascendancy, the fall of Afrikaans – and the rise of English – is the kind of news that an embattled Anglosphere would applaud. There’s a sad irony in that.