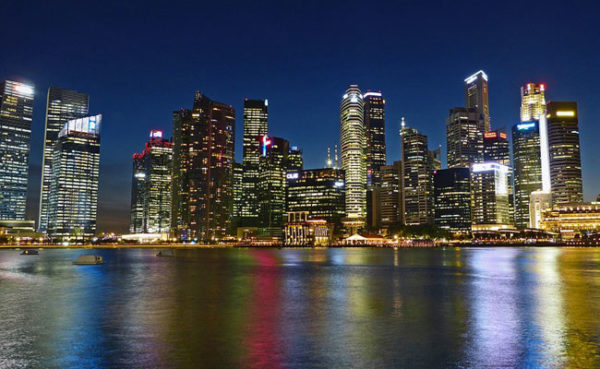 Hans Pienaar and Meng-Hsuan Chou, assistant professor at Nanyang Technological University in Singapore, were writing fellows this year at the Johannesburg Institute for Advanced Study (JIAS). Pienaar talked to her about her latest project as part of the university’s Public Policy and Global Affairs programme.

You are working on a project to weigh regionalisms in higher education against each other. Can you tell us a little about the project?

You made the remark during a seminar at JIAS that higher education is instrumental in creating or maintaining a global elite. Can you describe this process?

There are many processes involved in creating or maintaining a global elite. My point here is far more simplistic: higher education is significant to the training of manpower essential to the development and governing of modern states and societies. In some countries around the world (France is one example), those who seek to become career bureaucrats are trained in specialised institutions. These traditions remain strong. Beyond governance, many countries around the world now consider a skilled and literate workforce as essential for their global market competitiveness and, indeed, future survival. The massification of higher education has only increased the salience of this sector in public policy: as more people participate in higher education through public or private funding, they anticipate some form of return from this investment. In short, understanding the changes being made to higher education systems all around the world, and especially what is happening at the regional level, is very important.

Massification may appear to have contributed to uniformity, but uniformity does not exist at the international or even the regional level. While the regional level appears to be contributing further to this uniformity through region-specific activities and initiatives, my research shows that national and institutional traditions and practices persist. When setting out to engage in regional policy cooperation, policy actors certainly have aspirations that these initiatives would make them stand out – collectively – in the world’s higher education landscape. The overall results are uneven, because the individual national higher education systems start at different points of reform. It is difficult to conclude whether regional elites have been boosted by integrating higher education on the regional level, but it is safe to say that regional cooperation has, indeed, contributed to professionalising this field. In short, working together does add value in terms of better understanding developments in neighbouring countries in the region. To what extent this information is fed into future reforms and programmatic changes can only be determined through more research.

Do you see lines of division developing between this global elite and the rest along linguistic lines, that is, between people who are scientifically or academically dexterous with English, and the rest?

There have always been lines of division along linguistic lines, but I think the issue is more than a simple mastery of any particular language and its usage in communicating scientific results. This is because science has always been defined by its disciplines, which has generally been an organising principle in universities (for instance, schools of humanities and schools of biological sciences are often two different schools). Even though there have been talks and strong attempts at the organisational level to encourage more interdisciplinary research, the discipline has remained significant. For the purpose of this question, the development of disciplines – particularly those in the humanities and the social sciences – is unique in each country. This has implications in terms of how research is presented and communicated (the structure), as well as the language that articulates this presentation. For me, this is an important aspect which should be kept in mind when there are any discussions about linguistic divides in academia.

How do emerging economy countries fit into this setup?

Emerging economy countries are key players in the global higher education landscape. For instance, China is investing heavily in establishing the profiles of its universities in several ways, through elite degree programmes based entirely on scholarships for students around the world who want to study in China, and through its many programmes to lure Chinese-speakers and its own nationals abroad to China. Also, China is taking the lead in coordinating collaboration between universities in the broader Asian region through its Belt and Road Initiative. The extent to which these efforts would amount to shifting the centres of knowledge production towards Asia remains to be seen. What is relevant to note is that emerging economy countries are not idle observers of changes in the global higher education landscape, but are, in fact, active players bringing some of these changes about.

Do you see the brain drain towards the West or the North worsening because of this?

Brain drain is certainly a concern for countries that have invested in individuals who do not return or contribute to the countries’ growth in other ways. That said, however, it is more interesting to consider the contemporary trend as one of brain circulation. Given the economic downturns in the traditional centres of knowledge in the West and North, many academics (including those who were born and trained and are working in these regions) have decided to venture out to new centres in Southeast Asia and in the Gulf countries. In so doing, they are challenging assumptions that brain movement is necessarily unidirectional and permanent. These scholars may decide to return, or to move towards another region altogether. Understanding the impact of these movements, I believe, is far more interesting than considering only the effects of brain drain.

So, are we seeing Anglocentric Western or Northern academics “invading” other regions?

This is not an invasion process, because other regions have their local understanding (cultural lenses) of the world; newcomers who join these universities would need to grasp this and adjust to the local demands. This is because one of the core missions of universities in any country or region is to educate the workforce of tomorrow through civic education. As much as commentators like to argue that many education systems around the world have become more “anglicised” or “Americanised”, it is important to remember that local actors – and here, I am referring to students – are not passive. Students today are more plugged into the news of the world, and demand that their professors explain the relevance of what is happening “there”, to “here”.

Do you see the devolution of secondary institutions based on language differences and intraregional, local factors as a kind of countervailing power against, or alternative for, the global Anglocentric higher education elite?

This may be one form, but there may be others that would act as countervailing forces against the dominance of any higher education elite or “model”. One of the key observations my colleagues and I have consistently made in our research is that despite the apparent isomorphism in the global higher education landscape (meaning that everything – administration, degree programmes, how courses are taught, etc – starts to resemble the “American” model), persistent differences remain. This is because local actors are rarely passive observers, and the ways in which reforms are understood may differ from one locale to another. Similarly, the lack of resources for implementation would mitigate the kinds of effects that are ultimately observed. In short, my point here is that the global higher education landscape remains uneven, even when the same reforms are introduced to create similarities.