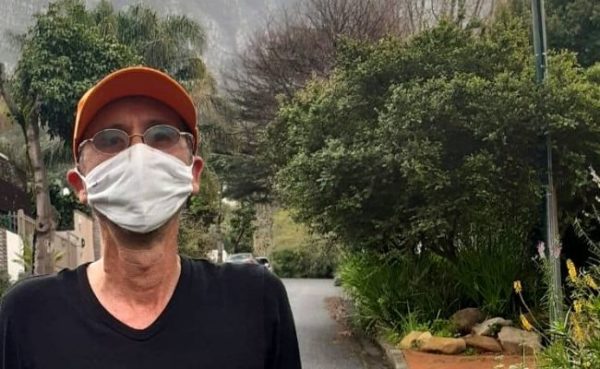 On my run in Newlands Forest this morning I bumped into yet another “freedom fighter”. When I asked him where his mask was, he replied: “I am running outdoors and if you don’t like it, then stay at home.” As we passed each other I shouted back that it was not about his safety, but the protection of others.

Much to the embarrassment of my spouse and my youngest son, I have tried out this kind of argument before while walking in Newlands Forest and Sea Point Promenade. I remain uncertain about the efficacy of my method of civic pedagogy.

These anti-mask crusaders seem oblivious to the fact that we live in a country where the co-morbidities of HIV/AIDS, diabetes, hypertension, obesity, and TB render millions vulnerable to the deadly virus. In 2018 alone, according to UNAIDS statistics, 7.7 million people were living with AIDS and there were 240,000 new HIV infections; and 71,000 AIDS-related deaths. In the same year, 301,000 South Africans became ill with TB, and 63,000 people died from the disease. Surely fit and healthy cyclists and runners living safely and securely in the suburbs, could spare a thought for those who are at risk? Or do they see masks, as Trump and his followers do, as liberal and leftwing violations of their freedoms by the authoritarian “Deep State”?

There is clearly a difference between not wearing a mask in a crowded indoor space, and walking, cycling or running outdoors. But for me, the mask is not only about preventing the transmission of Coronavirus. It is also a potentially potent symbolic gesture of solidarity with the millions of elderly and people with co-morbidities. It can also signal solidarity with the essential workers and health professionals who place themselves at risk for us every day, especially in this moment as Covid-19 infections peak. Next time I come across one of these anti-mask freedom fighters I will say: “This is not about you. It’s about your parents, grandparents and millions of others at risk”. But can such a message make any sense to someone who inhabits a world where social solidarity with the vulnerable is a foreign country.