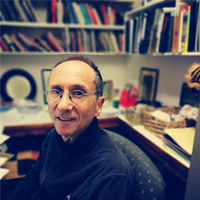 Steven Robins has published on a wide range of topics, including the politics of land, water, infrastructure, memory and identity, the Truth and Reconciliation Commission (TRC) and citizenship and governance. His monographs include From revolution to rights in South Africa: Social movements and popular politics (2008) and Letters of stone: From Nazi Germany to South Africa (Penguin Random House 2016). He also edited Limits to liberation after apartheid: Citizenship, governance and culture (David Philip, James Currey and Ohio University Press 2005) and co-edited (with Nick Shepherd) New South African keywords (Jacana and Ohio University Press 2008).

Seen on Facebook: The history of slavery has somehow gone beneath the radar

"Yet, it was only very recently, in the wake of the brutal murder of George Floyd, that the US and UK seriously began the kind of “memory work” that Germans have been doing for decades."

"On my run in Newlands Forest this morning I bumped into yet another 'freedom fighter'. When I asked him where his mask was, he replied: 'I am running outdoors and if you don’t like it, then stay at home.' As we passed each other I shouted back that it was not about his safety, but the protection of others."

Now we are all Swedes

"On 18 May, I had the opportunity of participating in an insightful FB discussion on a topic we are all obsessed with – COVID-19. Our discussion focused on the much celebrated 'Swedish way' of dealing with the virus. At the time, South Africa was under a strict level four lockdown, while Swedes seemed to be going about business as usual. Towards the end of May, most countries in the world were easing their lockdown regulations – it seemed that we were now all becoming Swedes."