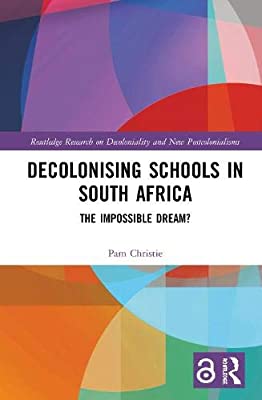 Presented at a webinar arranged by UCT’s School of Education, 23 July 2020

Pam Christie has been offering important academic work for the past four decades. Her work emerges from revisionist race-class analysis of South African society that emerged from the late 1960s.

The first piece that I read by Christie appeared in Peter Kallaway’s book, Apartheid and education (1984). It was a discussion of the material bases of society and the reproductive and ideological logic of education. In her ensuing work, Christie eschews crude class readings, but her commitment to materialist analysis remains crucial throughout her work.

Context, land dispossession, networks, ideology and power are part of the educational story presented in the book. The historical sweep of the book is vast, and the descriptive canvas is rich and complex. There is no simple condemnation or moralising. The analysis is always carefully historicised, relational and multidimensional.

Over the years, Christie has adopted a range of poststructuralist tools to guide her sense-making. Theoretical application is never fetishised. Conceptual tools help her explain. I was particularly interested in her use of the concepts space and scale. Space allows her to be sensitive to rhythms, routines and movement in social practices. Scale allows her to present an understanding of how social phenomena are constituted politically and discursively across global and local domains.

In this book, the story of schooling emerged out of the border contact zones of colonial dispossession, colonial governance, missionary work and racial imaginaries. The story is made up of the imbrications of race, religion, language and the civilising mission in the establishment of schooling in Carnarvon. The curriculum in the town’s schools is tied to the demands of colonial modernity, which involves basic literacy and moral and religious discipline.

Skipping to postapartheid times, the dynamics of school governance in the town is portrayed as a rehearsal of policy tropes that play out across the country after 1994. It is made up of the story of South Africa’s negotiated Constitution and how privileged school communities were able to leverage constitutional provisions to retain privileged access.

The postapartheid story that emerges in Carnarvon is painful and salutary. When the schools are eventually deracialised, the white population decamps from them. The political, policy and infrastructural weaknesses of the new state has failed to secure a viable schooling base for this town. The two schools have been emptied of educational quality. They are in poor repair, and facilities are meagre.

This brings us to Christie’s compelling account of the arrival of big science in the town via the Square Kilometre Array (SKA). This is a prime example of a state mobilising science as a carrier of modernity’s developmental promise. The postapartheid government corrals its political, policy and legislative resources across a wide range of government sectors to establish the SKA as an internationally recognised astronomical site.

Despite objections from townsfolk and landowners, the SKA project proceeds to rearrange structures and social relations in the town, disrupting land, town space and livelihoods. The promise of development, however, does not reach the area in any structurally meaningful way. The schools, for example, are provided goodies such as computers and technology, but these are soon neglected through lack of meaningful use. Some children are given bursaries to study at university, and incentives are provided for learners to take maths, sciences and technology, eliciting complaints from teachers about how this STEM imperative sidelines other subject options and a more viable holistic school curriculum focus. 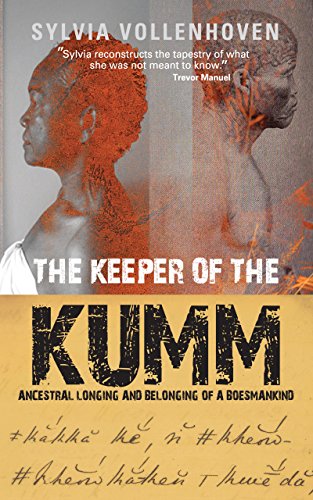 Christie shows compellingly how the promise of science fails to deliver on a deeper systemic commitment to the town’s improvement and the schools’ functioning in it. This is a salutary lesson for those currently selling the promise of the fourth industrial revolution as a panacea for development in the absence of more systemic commitments to development and institution building.

This brings me to the book’s framing dimension, which centres the concept of decolonisation. Christie offers useful framing-type perspectives of decolonisation and decoloniality throughout the text. The introduction sets the book up as a decolonial analysis, and the concluding chapter invokes Achille Mbembe’s (2017) “one-world universalism” as a metaphor for animating the decolonial quest.

In my personal work, this challenge is twofold. The first is to highlight modern education’s inability to recognise the epistemic worth of the black-bodied student. This student takes on the status of institutional invisibility. Christie’s book does not focus on students as such, but it provides a historical and socio-structural platform for bringing the misrecognised student into view.

The relative absence of the decolonial knowledge and pedagogy dimension in the book is perhaps the result of an underlying blind spot of materialist readings. I speculate that neo-Marxist materialist critiques of education might also be caught in a quintessential modernist view of history, hence their silence on decolonial knowledge. 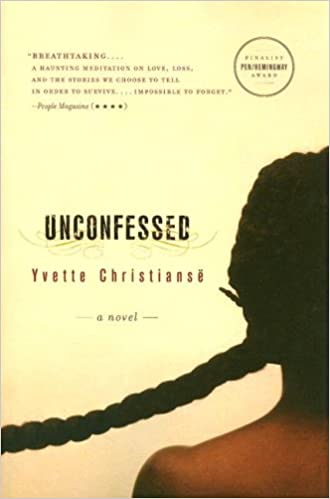 And perhaps the absence of a decolonial knowledge perspective is the function of an overly or mainly distribution-focused view of education. Such a view emphasises the distribution of material resources, which I believe would have to be augmented by the human recognition dimension. In other words, the decolonial knowledge and knowing of the colonial subject have to be located in the centre of educational processes.

Perhaps one key task here is to imagine the archive differently, to give life to the imaginary archive. We have many examples of such an archive. One is the linguistic invention of the Afrikaans language as written and spoken by slaves at the Cape from the 1700s. A second example is Sylvia Vollenhoven’s book, The keeper of the Kumm (2016), based on a written record of Khoi forefathers that she found at UCT’s African Studies. And a third example is the historical fiction of Rayda Jacobs’s The slave Book (1998) and Yvette Christiansë’s book Unconfessed (2006).

These are examples of colonial modernity’s bitter knowledge, imagined from modernity’s dark side, not the knowledge circulated by modernity’s institutional curriculum. This is the decolonial knower that speaks back to modernity’s knowledge and knowing. Such speech creates a non-essentialist dialogical space for creating vitalised knowledge forms.

Pam Christie’s entire career’s work shines a bright light on our educational fault lines, and now, with this book, she invites us into the decolonial space, which is an impossible space to embrace – maddeningly impossible – yet one which must be occupied and rendered pedagogical.

Christie, P. 1985. The right to learn: The struggle for education in South Africa. Ravan Press, Braamfontein.

Davids, A. 2011. The Afrikaans of the Cape Muslims. (Edited by H Willemse and S Dangor). Protea, Pretoria.

Vollenhoven, S. 2016. The keeper of the Kumm: Ancestral longing and the belonging of a boesmankind. Tafelberg, Cape Town.