The Fugard Theatre’s South African premiere production of the hit musical Kinky Boots has won six awards at the recently announced 55th Fleur du Cap Theatre Awards and garnered the most accolades of any production nominated this year.

With a Tony-winning score by Cyndi Lauper and book by four-time Tony winner Harvey Fierstein, The Fugard Theatre’s South African premiere production of Kinky Boots was seen by a staggering 58 000 people over an incredible eight months to sold-out houses and rave reviews. 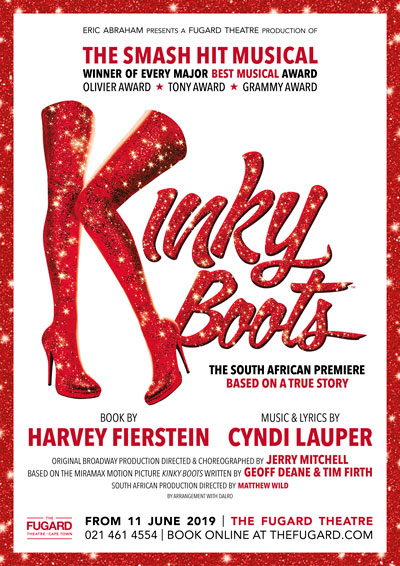 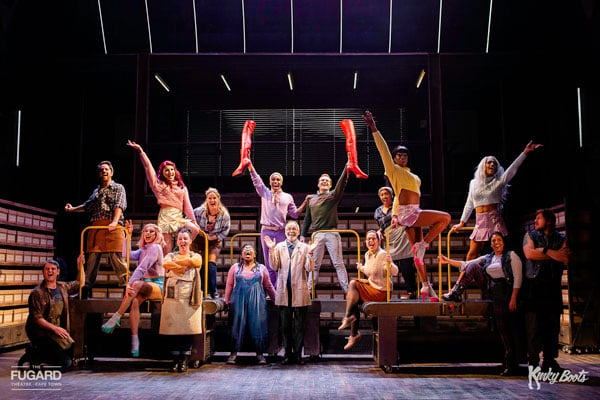 In addition, The Fugard Theatre hosted Contagious Theatre’s The old man and the sea, which won Best Puppetry Design for Jenine Collocott for her masks designed and created for the production.

“With so much amazing theatre being produced in Cape Town each year by the various theatres, producers, and artists, we are honoured to be nominated alongside such respected company. We congratulate all the nominees and winners,” says Greg Karvellas, Artistic Director of The Fugard Theatre.

“This is a particularly challenging time for all our artists, crew, and admin teams, so thank you to Distell and the Fleur du Cap Theatre Awards and the judges for hosting these awards to celebrate the incredible talent we have here in Cape Town. As an art form, the theatre has faced difficult times before, but we will adapt and overcome to continue to create and tell our stories beyond this.”

“Kinky Boots took five years to bring to our stage, and we are proud of the calibre of production we presented,” says Lamees Albertus, General Manager, and Producer at The Fugard Theatre. “Thank you to each and every member of the team that brought this show to life. The magic of Kinky Boots was its ability to resonant with people from all backgrounds, ages, and cultures. It highlighted the common humanity in all of us. Kinky Boots helped us all to rather see similarities where there are differences, and what better time to be inspired by that thinking, than now, as we navigate this unprecedented journey through COVID-19.”

Look out for the launch of The Fugard Theatre’s digital platform, The Fugard at Home, coming soon.

Visit www.thefugard.com or join the conversation and keep updated with Fugard Theatre news on their social media platforms: