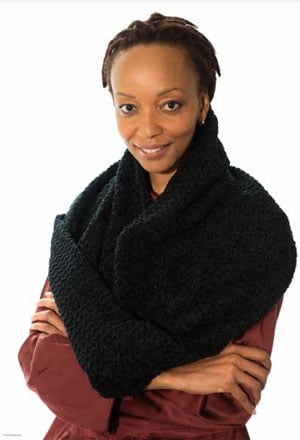 I love stories. They bring us together and help us to relate, empathise, be compassionate and laugh, and they also serve as a comforting and healthy diversion from the things that burden us as we journey through life. History though, can be tricky in that shrewd folk with power can co-opt it for better or worse. The colonial conqueror’s history books and literature that continue to dominate the education curriculum are an example. The ruling party’s sloganeering and victory-owning tendencies on days like March 21, June 16 and August 9 are another example. We are also actively writing history on the internet with our analyses of the events that take place in our world. Then we print the most influential analysts’ work on paper and sell it. Then it arrives at my desk and I just want to cry because I would rather read creative non-fiction than chapters of analyses of “the political moment”.

I suffer from analysis paralysis, so why did I go to the 16th Annual Nelson Mandela Lecture, which was delivered by Barack Obama, knowing very well that lectures require analysis? The answer is that I chose to go there with my hyper-analytics on mute accompanied by my inner Madiba, my black president on fleek, with a whole lot of curiosity about Barack Obama – a veritable political rockstar by virtue of his ascendency to the presidency of the United States as a black man. And I also went there knowing that I was going to get a huge dose of hope. Hope that the dominion and oppression of one group of people by another would end and that that is the best way to go, for now. I knew Obama was going to serve me hope Kool-Aid, and goodness knows we need it. 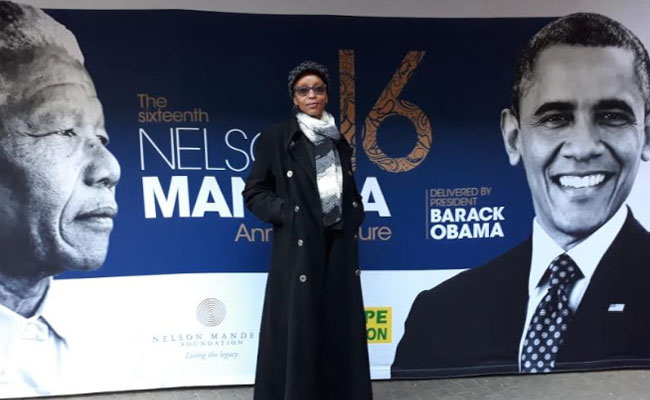 And the event served up hope right from the beginning.

Entry was super strict – it required your ticket and your ID or passport. I had to get on the Gautrain bus and pay R15 for a trip that would have taken me half an hour to walk because I was in Rosebank, but crime is real and there are warning signs posted just as you get off the escalators to Oxford Road. Couldn’t bring my own padkos, because that was not allowed, so I spent R45 on a boerie that wasn’t a boerie; it was a fake wurst. We received fleece blankets and magazines and a token for one Coca-Cola and one Valpré. Nescafé was not free. It was freezing. Free coffee would’ve been nice.

Busi Mkhumbuzi was the MC to look out for. This 23-year-old woman is doing “the most”. She took on her role with finesse.

Njabulo Ndebele needs an entire review of his words when he spoke in his capacity as the chair of the Nelson Mandela Foundation. He kept it real, so I want to go back and reread Rediscovery of the ordinary because he was true to form. Go and read that book as well as the one about Winnie Mandela. My mom quipped that perhaps it’s best that Winnie passed on before this event. You know, to avoid awkward moments when protocol was being observed in speeches. 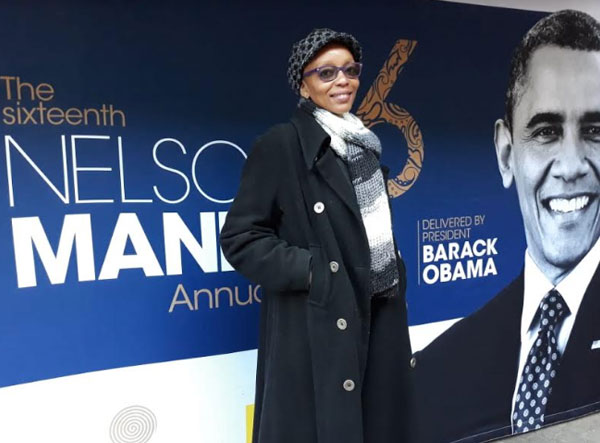 Everyone was dressed in their winter’s best. I met colleagues in media and academia and the excitement was palpable.

It was a stage of Big Men and then there was Graça Machel. Oh, Graça, please could your foundation bring Michelle Obama to speak to the girls? The Graça Machel Foundation is awesome and we don’t say enough about it, especially regarding the scholarships for women. I wish she or Busi Mkhumbuzi could have said something about it. A significant part of me was hoping to spot Michelle Obama at the event. Alas, she had stuff to do (a charity dinner) in Edinburgh. Patrice Motsepe’s foundation was also a headliner and he spoke about his connection with and love for Nelson Mandela and what he stood for. Then his “swaer” spoke – aka “Thuma mina” aka Cyril Ramaphosa (Patrice’s sister and Cyril are husband and wife). He told us that while he was lying in bed, Madiba sent him to run the country. I really feel for our president. He is busy trying to unify a befok ANC, handle a wayward economy and get us all to love one another again.

Then it was Obama time.

He observed protocol to Michelle Obama by saying something about who dances better. I was underwhelmed. [Woke feminist diatribe here.] He could have read something from Michelle to us, but I am a dreamer. He acknowledged forgetting his geography, saying that he had to send someone to the mall to get him long johns because Joburg can be vreeslik koud. Then he said we live in strange times. The rest is analysed and all over the internet and TV and radio.

It was weird being at Wanderers because I think Orlando Stadium would have been the better venue. Orlando, hello?! The ordinary person should have been afforded the opportunity to Rea Vaya or taxi there.

I left the stadium at the end of the lecture as I couldn’t stay for the entertainment – I have a family and it was a school night so I missed out on Thandiswa Mazwai and more from the Soweto Gospel Choir. As I walked to the Gautrain bus I was stopped by a group of men wearing reflective vests. They were interested in the complimentary blanket that I was carrying. I wanted to give it to them but charity begins at home where we have a lodger in our garage instead of a second car. He has plenty of blankets, but still … 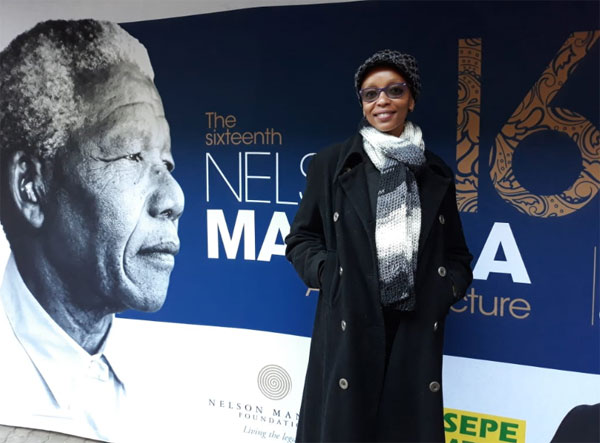 Barack Obama said we live in strange times and I feel strange just over 24 hours after his lecture, and as I write this, Mandela Day draws to a close. I can only keep on dreaming while I face each day’s challenges and I need stories to see me through. I have analysis paralysis. I sat hundreds of metres away from Obama, but I wasn’t moved the way Pieter W Grobbelaar’s books moved me as a child. I wasn’t moved the way I was when my nanny told me about Tselane and the Giant. I grew up and the world has shown me what it’s made of. Big Men and politics and lovely lectures and speeches. Dominion of the powerful over the weak continues, so I feel safer reading creative writing. My daughter watched it on TV and I wish I had been with her and listened to her commentary (she’s a wide-awake 14-year-old) while sipping a Hug in a mug instead of freezing and spending money I don’t have just to be able to say I was there. But I look good in those pics, neh?