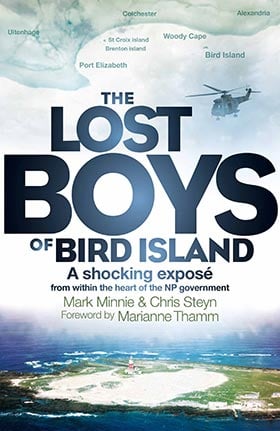 PEN Afrikaans notes with grave concern that author Chris Steyn and journalist Marianne Thamm have been subject to bullying, intimidation and threats following the publication of The Lost Boys of Bird Island, a book about an alleged paedophile network that operated in Port Elizabeth in the 1980s, and whose most notable members are claimed to include certain former National Party ministers.

Local media reports indicate that co-author Mark Minnie, who was found dead by apparent suicide in Port Elizabeth a few days after the release of the book, and Steyn had both been concerned about their safety and were reluctant to appear in public after receiving threats and anonymous enquiries as to their whereabouts.

Marianne Thamm, a respected journalist and commentator responsible for writing the introduction to the book, has spoken out about the bullying and severe online harassment she has faced following the publication of the book.

As a member of PEN International, the world’s largest association of writers, PEN Afrikaans strongly objects to such unacceptable attempts to silence and intimidate authors. The protection of the right to freedom of expression – the freedom to express ideas without fear of attack, arrest or other persecution – has been at the heart of International PEN’s work since it was formed in 1921.

Under no circumstances should writers have to fear retribution in the form of physical violence in any manner or form. Such reprehensible threats have no place in a society that values freedom of expression as a constitutional right.