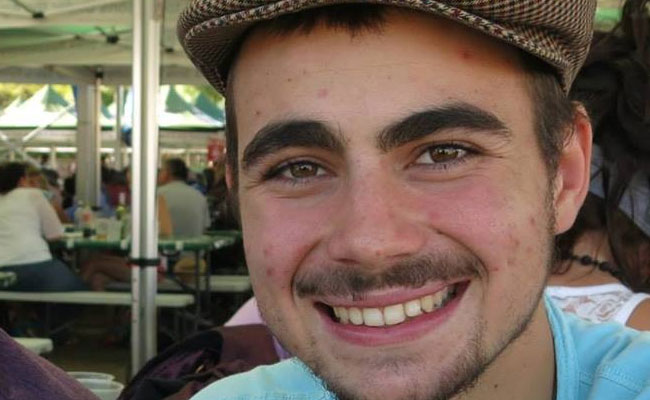 This statement is the position formulated and held by the Adam Tas Students’ Society (Adam Tas Studentevereniging) which also reflects the basic properties of our organisation’s short-term policy on language and related social struggles on this campus. We hereby express the hope that our view of the issues on campus will be regarded as a thought-through, rational and constitutionally sound interpretation which can serve the purpose of providing support to inclusive solutions to the current crisis.

Who is the Adam Tas Students’ Society?

The Adam Tas Students’ Society (ATSS) prides itself as an independent, progressive and non-political students’ cultural organisation with the aim of promoting, studying and celebrating the Afrikaans language as one of the eleven official languages of the Republic of South Africa, and as an integral part of the history and current social milieu of Stellenbosch University. ATSS, therefore, is not a “white Afrikaans” or “Afrikaans home-language” or “fluent Afrikaans speakers’” organisation, but an all-encompassing society of students with Afrikaans as a common interest, for whatever purpose that interest may exist. Our society boasts members from diverse national, cultural, racial, ethnic and language backgrounds, all united in their common love for and interest in the Afrikaans language. With the diverse membership of ATSS taken into account, it is clear that our organization adheres to an inherent pledge of principle, which is

With this first principle in mind, we are ready to take on and question any stereotypical views on the Afrikaans language and on any of the many South African cultures that include Afrikaans as a crucial part of their history, current identity and future. We hold that the right of Afrikaans to exist and thrive on campus and in the broader Republic is a constitutionally guaranteed one, as directly or indirectly stated by sections 6, 9, 16, 30 and 31 of the Constitution of the Republic of South Africa, 1996. In addition, and in particular, we firmly believe in the right to human dignity (section 10) for all students on our campus, which we regard to be unattainable if education, free social communication and critical dialogue in a language of their choice are unjustly and unreasonably denied.

The ATSS will continue to serve its mission by campaigning and promoting the Afrikaans language actively, but with a strict policy of independence, and thus without entering into any formal alliances with any other organisation. This policy does not aim to isolate ATSS from the world, but rather to enable us to work together towards common goals with other parties without getting involved in alliances that may lead to our principles and work ethic being compromised or tainted by certain stereotypical judgements by the greater South African society.

Our interpretations and views on current issues on SU and surrounds

However, by practical principle, we maintain an objective and critically rational stance towards any situation we encounter as an organisation, and we do condemn the way in which some members of OS react to the issues raised, with many engaging in sweeping generalisations, stereotyping on the grounds of race, racially charged language and other unconstitutional reactions which inevitably helped to create the current polarisation crisis on campus.

We thoroughly disagree with the aggressive tactics that OS uses to demand change, as we believe in a tradition of multilateral negotiation to resolve conflicts and to usher in change.

Even though we agree with OS that the implementation of the language policy leads to serious issues for many students, we disagree that the policy itself is totally flawed. We support the view of the university that SU is a “multilingual and world-class university”, and we applaud the aim of management to uphold this ideal through innovative solutions. ATSS is willing to negotiate with OS and any other concerned groups on a way forward that will serve all interest groups equally.

Firstly, an education that may (by choice) include exposure to more than one language of instruction provides South African students with an asset that puts them ahead of many international competitors in the job market. Students who are academically and professionally fluent in more than one South African language except English are better suited to serve the multilingual society we live in, and thus assets in themselves. ATSS therefore argues that building our students into multi-faceted assets will definitely serve this nation by building bridges between consumers and producers from different cultural and linguistic backgrounds and increasing integration. This, in turn, will lead to investment and the distribution of resources along fair lines of inter-cultural trade, instead of uneven distribution along racial or linguistic lines. We firmly agree with the words of former President Nelson Mandela, who said: “If you talk to a man in a language he understands, that goes to his head. If you talk to him in his language, that goes to his heart.”

Secondly, we believe that tuition in a language of choice is central to a dignified and well-deserved tertiary education. Students should not be compelled to be taught in a language they do not fully understand or do not know at all. However, by simply introducing English as the only language of instruction, the academic development of Afrikaans and Xhosa is jeopardised. It is regressive and shameful to transformative constitutionalism if a previously neglected language such as Xhosa loses its developmental status at SU, along with Afrikaans, because students were unwilling to concede to the development of SU as a multilingual university. We believe if the reason for multilingualism can be understood, easier and streamlined implementation of policy will follow.

Thirdly, multilingualism provides the opportunity for all South African languages to be developed at an academic level, which serves the principles stated in section 6 of the Constitution, with regard to language. Section 6(2), specifically, is served by multilingualism on a tertiary level of education, since it states, “Recognizing the historically diminished use and status of the indigenous languages of our people, the state must take practical and positive measures to elevate the status and advance the use of these languages.” SU, being a public institution, is mandated by the Constitution to provide for the languages of our nation. The current attempts to develop Xhosa, while at the same time putting Afrikaans and English to practical use as tools of instruction, are certainly examples of positive measures as stated in 6(2). Therefore, despite the lack of sound implementation, the arguments against multilingualism are in fact in contrast to key constitutional provisions.

Conclusion and the way forward according to our policy

ATSS has a policy of taking a fair, rational and thoroughly considered stance of reason towards any issue we encounter. We view the Constitution of the Republic as our guiding document and a rule book to ensure fair play between parties. We firmly believe in the supremacy and final word of the Constitution in all matters that concern language and transformation at Stellenbosch University. As a society that helps to voice the opinions of students, it is also our duty to suggest and formulate solutions along with other student bodies. We call for multiparty negotiations, modelled on the CODESA negotiations of the early 1990s that brought about a peaceful solution to the crises in South Africa following the dismantling of apartheid and helped to create the New South Africa. We call on parliament to give students of SU the space needed to facilitate these negotiations, so that consensus can freely be agreed on and the current conflict resolved. We call on all student bodies at SU to take part in these suggested negotiations, so that no voice will be left unheard.

The ATSS extends its hope that all parties can come to a unanimous decision that is fair and constitutional and satisfactory to all those involved and affected. We commit, as a society, to helping to take the lead in organising peaceful negotiations, as this is in line with our work ethic and first principles. Furthermore, for the sake of our beautiful Stellenbosch University and all its values as an excellent institution, we commit to helping to bring about peace and virtuous character through sensitive and careful negotiation with others.

Ons as studente, as makkers in die stryd.