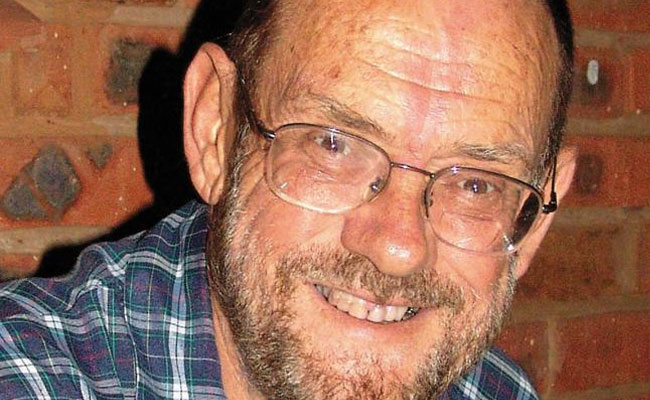 The Constitution, on the face of it, has a simple answer to the question whether traditional Afrikaans universities may maintain their predominantly Afrikaans character. Students have the basic right to choose their language of instruction in one of the official languages, which could be Afrikaans.

Single-medium institutions are recognised as a possibility.

However, there are important qualifications. Education in a language of choice must be practicable. Single-medium institutions must adhere to the principle of equity and accept the need to redress the results of past discriminatory laws and practices. Discrimination on the grounds of language is prohibited.

These qualifications resulted in the reality that the position of Afrikaans on traditional Afrikaans campuses became highly compromised because of the growing numbers of English students. Sadly, Afrikaans tuition also became more and more politicised and a racial issue.

Black and coloured students, it is averred, are not treated equally, since they are denied the right to receive tuition in the language of their choice. Furthermore, the predominance of Afrikaans as the language of the erstwhile oppressor stands in the way of redressing past injustices. Our minister of higher education, known for his anti-Afrikaans attitudes, even went so far as to threaten closing down Akademia, Solidariteit’s private Afrikaans institution for higher learning.

Hence, all traditional Afrikaans universities embarked on an active process of reviewing existing and adopting new language policies. Solutions such as introducing and extending existing translation services, organising parallel instruction and the duplication of lectures are all considered and put into practice.

All these solutions are pragmatic and cosmetic; they do not go to the heart of the matter. In the end they will inevitably lead to the demise of a university’s Afrikaans identity, the same as happened to the former Rand Afrikaans University, now the University of Johannesburg. The simple truth is that it becomes too expensive to extend translation services which, in any case, are not largely welcomed by black and coloured students because it creates the impression of being treated apart and in a subsidiary manner.

To expect lecturers to repeat part of, or duplicate, their Afrikaans lectures proves to be extremely burdensome. Why do this in any case, if it is well known that Afrikaans students are sufficiently versed in English and prepared to forego the Afrikaans lectures?

In order to reach a viable long-term solution the circumstances, needs and aspirations of black and coloured students must be investigated and understood. Most of these students would prefer going to the English universities, since they received their school education in English. English universities also experience student grievances, but they can comfortably carry on teaching in English and know they will not be accused of exclusion or racism on the grounds of language.

Black or coloured students who, for whatever reason, cannot go to English universities, then turn to the Afrikaans universities since they know these universities have excellent academic reputations. Perhaps because they feel guilty about their role in our iniquitous past, perhaps because they think that addressing the injustices of the past they must assist the children of previously disadvantaged parents, Afrikaans universities are more inclined than their English counterparts to admit black and coloured students with poor scholastic records.

These students, once on the campus, insist on receiving tuition in English, notwithstanding the fact that their English proficiency as a result of poor secondary schooling might be very poor and their matriculation exemptions often very dubious. But they have high hopes of succeeding academically and when they see how Afrikaans students with their much better school backgrounds apparently succeed more easily and much better, they blame it not on their own incompetence or even their own sluggishness, but on Afrikaans, the perceived symbol of privilege.

In short, the root of the present malaise is the weak and insufficient secondary schooling of many black and coloured students. Of course, better school tuition will not in itself solve the problem. Black and coloured students well equipped with English language skills will certainly not be happy with what they consider to be second-hand tuition in the form of translations or parallel classes, often by teachers who are not well versed in English lecturing.

Finally, there is only one viable and long-term solution, namely the creation of a fully fledged English academy and a fully fledged Afrikaans academy on the same campus, with the ideal of having, one day, also a fully fledged Xhosa or Zulu academy.

It is self-evident that the syllabuses and course contents in the two academies must be similar and that exactly the same standards must apply. It could be foreseen that the English academy would have more remedial and bridging courses to account for weak school backgrounds. It is also realised that the creation of two such two academies would need careful planning, consultation and phasing-in stages, taking into consideration budgets, accommodation, staff appointments and secondments, funding, sponsorships, etc.

Of course, the immediate objection would be that English and Afrikaans academies on the same campus mean the institutionalisation of a language apartheid. This objection is not valid, since students would be free to choose whatever academy they prefer, and since the courses and syllabuses as well as the exams would be similar, they may change attendance as they prefer or even decide to take some courses in the one academy and others in the other academy.

Some cynics would say that the two academies option is just an extended form of dual teaching. Again, this is not true, since each academy would be allowed to develop its own identity, for instance, electing its own management and liaison committees, organising its own cultural and sport activities in the same manner as university residences do.

The existence of two academies on the same campus does not mean that the corporate unity of the university would be disrupted. Both academies would be represented on senate and council. Cultural and sports and other collective activities would still be conducted in the name of the university.

The influx of English-speaking students into traditionally non-English campuses is not a new phenomenon. It happened in most European universities. An investigation into how especially Dutch, Belgian and German universities accommodated this influx would be most helpful.

Whatever short- and long-term solutions are proposed for the present problems, entirely fresh and innovative ideas are sorely needed.