This review contains a spoiler. Do not read if you plan on watching the film.

Faced with an unintended pregnancy and a lack of local support, Autumn and her cousin, Skylar, travel across state lines to New York City on a fraught journey of friendship, bravery and compassion. 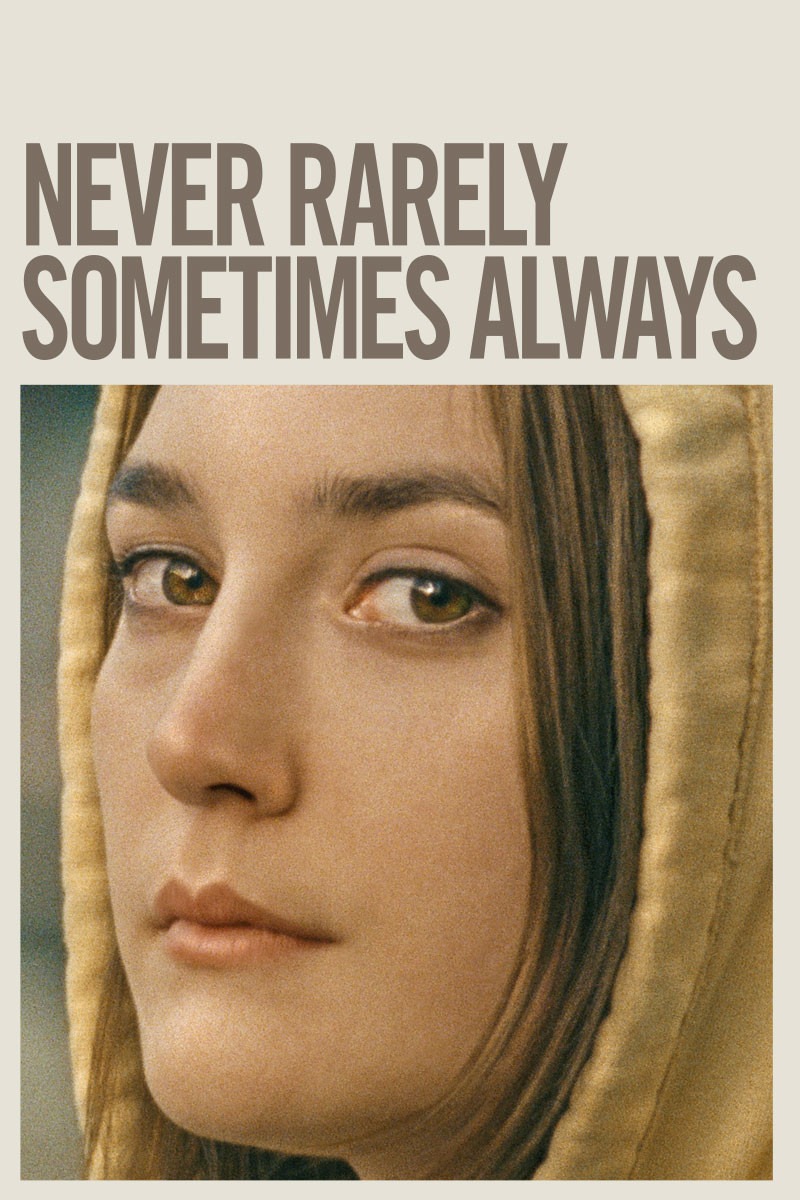 What is more distressing than the realistic, bleak picture this film paints, is that so few people will get to see it. It will not be the surprise commercial success that Parasite (2019) was. Parasite had dark humour, a change of pace, sometimes a frenetic, entertaining energy.

Never rarely sometimes always is an unrelenting, slow-burn, understated, limited dialogue art house flick that will be difficult for many to digest. (I am not selling it well, am I?) Which is a great pity, since it so perfectly captures how vulnerable girls (and women) are at the hands of men and at the hands of their own uncaring, distracted parents.

For almost the first half of the film, you find yourself in a Margaret Atwood novel – the world turning at a humdrum pace with little to no emotion. You start looking for small gestures, facial expressions, for you want to feel something other than dread. (More about this later.) You are being prepared, in fact. So, somewhere around the middle, during a pivotal scene where Autumn must answer never, rarely, sometimes or always, the emotion seeps through and you are set on fire by the simplest gestures, the small kindnesses, between cousins and between patient and counsellor.

The dread. Yes, the feeling of dread never leaves. You have two underage girls; one is pregnant. With little money and no support, they travel to New York. What should be a one-day excursion turns into a prolonged three-day affair. They have nowhere to stay, no money to spend. You dread what is going to happen to them. You imagine terrible things. Simply to realise, it has already happened. That is what the film is about. Their vulnerability and the predators around every corner.

One of the strongest elements of this film is not revealing who the father is, for it could be any of the three men who feature in her life. That is terrifying.