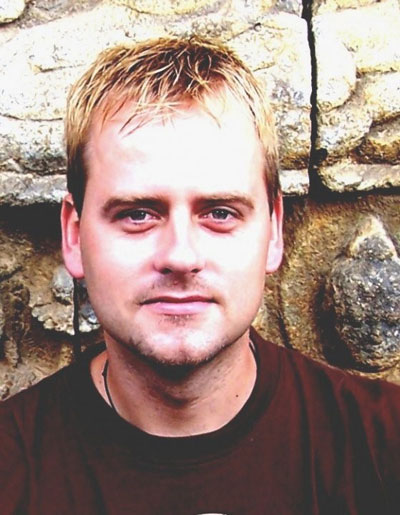 In the past 20 years I have been both a student and a lecturer at the University of Stellenbosch (SU).

For anyone who bases their views of the university’s transformation status on events in lecture halls and on campus (as opposed to polemical YouTube videos) this must seriously undermine the widely held belief that a shift to exclusively English tuition guarantees multiculturalism.

In the past, proponents of transformation at formerly Afrikaans universities often argued that changing the language of tuition from Afrikaans to English would necessarily lead to a radical change in the racial composition of the university’s staff and student body.

And yet, at Stellenbosch the demographic whose proportions have grown the most due to the language shift seems to be not black Africans, but white English-speaking students who flock to Stellenbosch from places like Pietermaritzburg and the north of Johannesburg. The main beneficiaries of the university’s language change is a group that is already the country’s most privileged demographic both culturally and economically.

Which raises the question: Why has the removal of Afrikaans as language of tuition at Stellenbosch failed to deliver the racial transformation promised by many supporters of former vice-chancellor Chris Brink a decade ago?

Before exploring that question, it is important to state one fact very clearly: Afrikaans has indeed all but disappeared from the lecture halls of Maties.

Recent reports in the Afrikaans press have quoted both the vice-chancellor, Wim de Villiers (Rapport, 6 September 2015), and the vice-rector for transformation, Nico Koopman (Huisgenoot, 17 September 2015), as affirming that Stellenbosch is neither an Afrikaans nor an English university, but a multilingual one. However, their assurances don’t reflect the situation I see on the campus today. In the arts faculty, the faculty with which I am most familiar, it is now quite possible to complete an entire three-year undergraduate degree without ever having to sit through an Afrikaans lecture – in some cases without even having the option of ever sitting through an Afrikaans lecture.

I know of not a single course or degree at the university that requires knowledge of Afrikaans from students (except, of course, Afrikaans en Nederlands). All textbooks are in English. All notes are available either in both languages or in English only.

The scarcity of Afrikaans in the lecture halls of Stellenbosch is perversely attested to even in the widely discussed Luister video, where one complainant, attempting to illustrate how she was inconvenienced by Afrikaans in the classroom, can apparently come up with no better an example than the fact that an Afrikaans slide was shown during a lecture she attended. Others complain that the English-to-Afrikaans translation services in the one or two situations where Afrikaans is still used are not a hundred percent up to standard. Hardly the 50/50 bilingualism promoted in the T-option.

While I was a lecturer at Stellenbosch I also used English as language of instruction in all lectures. All guest lecturers were requested to speak in English. When students addressed me in Afrikaans, I usually responded in the same language, but the ensuing conversation invariably reverted to English. Most lecturers of undergraduate students that I know of respond to all questions – both English and Afrikaans – in English.

This trend towards English monolingualism makes me wonder if the SU is succeeding in its mandate of preparing young professionals for a multicultural country. It is in this respect that I suspect the university has missed an opportunity for more meaningful transformation.

As a public educational institution, SU has a mandate to train professionals for South Africa, not for Canada or New Zealand. And South Africa is most certainly not an exclusively Anglophone country.

Doctors trained at SU’s Tygerberg medical campus will be expected to work at hospitals like Tygerberg and Groote Schuur – these are not places where all patients and co-workers will be English speakers. Journalists trained at Stellenbosch’s esteemed journalism school will not spend their careers reporting from the southern suburbs of Cape Town, but from ethnically diverse communities. Lawyers who obtain their LLB at the Ou Hoofgebou are guaranteed to spend many days of their career in courtrooms where some litigants are completely unfamiliar with English.

To be prepared for such a world students don’t need to know all 11 official languages. They don’t even need to be fluent in anything more than their mother tongue. But they must, at the very least, know how to navigate a context where not everybody will oblige them by switching to English in every conversation. They must develop the skills to manage a bilingual or multilingual conversation, know how to converse across boundaries, know how to access translations when needed, know how to use innovative strategies to convey meaning.

Training students in a context that has been sanitised of all languages except English, as proposed by Open Stellenbosch, most definitely will not equip students with these skills. English monolingualism will continue to benefit a small – predominantly white – elite.

Instead, imagine if SU embarked on a different model of transformation, one where multilingualism is viewed as an aid to transformation, not a barrier. Imagine if, instead of simply switching to English, SU poured even more resources into awarding scholarships to Afrikaans-speaking learners from poor, rural communities in the northern and southern Cape. Imagine if centres and schools were started at the university to actively boost research, tuition and translation services in Xhosa so that students from Khayelitsha and the Transkei were no longer stuck with the choice of studying in either their second or their third language. Imagine if lecturers engaged one another in their respective first languages and broadened one another’s horizons?

Would that not be true transformation? Would such a Stellenbosch not fill a unique and much-needed niche among South African tertiary institutions?

And would that not – at last – accommodate a more diverse student body?

If SU goes ahead with its projected plans of implementing a compulsory undergraduate module on transformation and multiculturalism in the next few years, I hope there is one equation they will include on the first few pages of their class notes, one hard-learned equation from the limited success of their transformation attempts these past two decades:

Multiculturalism does not equal English.

Johannes Bertus de Villiers is a member of the editorial staff of Huisgenoot and former Rykie van Reenen lecturer in practical journalism at the University of Stellenbosch.