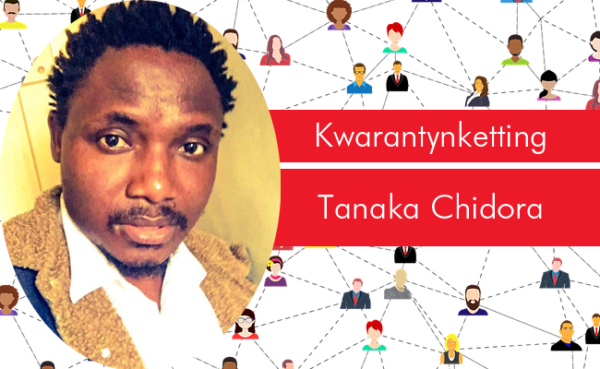 By the time the sun timidly rises above the dome of the eastern mountain range to bathe the rocky landscapes that lie to the west of the homestead in a golden hue, the meagre collection of young, tobacco-smoking village men has almost completed the task of digging the six-foot grave in which Grandmother’s remains will be interred. The workforce is heavily depleted. Many young men have trekked down south to escape the village’s biting poverty, and the bulk of the trekkers are already ruing the decision. The Covid-19-inspired lockdown in South Africa is like a prison sentence for the irregular immigrant with no skill except raw physical energy to sell to very mischievous employers. The same lockdown is also here in Zimbabwe, which is why Grandmother’s burial must be completed as early as possible. She passed on yesterday afternoon, and the sabhuku (headman), a tall, young fellow with a cigarette stuck between his lips, has stressed that he is the eyes of the government here in the village and will not be afraid to bring to book anyone who flouts lockdown regulations.

A breakfast of tea and sweet potatoes is already being served by the women to the young men, who have sweat glistening on their shirtless bodies after the physical exertion of breaking the hard crust of earth near Grandmother’s homestead. There is no girl in sight. Most of them have already married or gone to South Africa or to various cities in Zimbabwe to work as maids or in other such forms of irregular employment. The banter at the gravesite revolves around lockdown sexual escapades with women whose husbands are stuck in South Africa or the various cities of Zimbabwe. There is also talk about beer being sold clandestinely by bottle store owners, who have been forced to suspend official business because of lockdown regulations. They do not sell to just anyone.

“Especially you city boys who come back to the village only when there is a funeral of a close relative,” a young man whose head is shrouded in tobacco smoke says while looking at my younger brother and me. “No bottle store owner will sell anything to you. You will drink only water, which, as you can see, is free. We cannot share our beer with you. Who knows whether you have that virus with you? We have heard that it’s prowling there in your city.”

There is raucous laughter. Unbeknown to the young men, we have our own supplies in our car that we have brought from the city. My brother winks at me, and I wink back while suppressing a knowing smile. We avoid speaking back. For city people like us, it is easy to be regarded as snobbish or condescending in the village. We do not want to rile anyone or ruffle any feathers. Village burials are communal affairs. Being left alone by the community with a corpse to bury is one of those things that should never happen to you during your lifetime.

Mourners are already trickling in. They seem to be strictly observing lockdown recommendations and use only their elbows to pass their condolences. When it comes to sitting arrangements, they also observe the idea of social distancing, sitting at least a metre from each other. After the customary wailing and lamentations, they talk about Grandmother’s last days, how it was God’s will for her to rest finally after such a long illness, how her children tried everything in order to save her, and how, when the time comes, no one can say no to it. Are we not heading in that direction, too?

Then, talk logically drifts towards Covid-19. Doesn’t the Bible say that incurable diseases will afflict humanity in the last days? What’s that verse in Deuteronomy, again – the one that talks about God sending a fever and a deadly flu? Don’t you know that verse? These are the last days. Since when have you heard that believers are not supposed to gather and pray? Since when? Can’t you see that this is the devil himself?

The sun is also rising, and time is ticking towards the 10:00 am burial mandated by the headman. The crowd of mourners is growing bigger, but it is still under the legally allowed number of 50. While most of the mourners are maintaining social distancing, the same cannot be said about the young men who have been digging Grandmother’s grave, and the rest of the men. Those who are enterprising enough to have a pouch full of raw tobacco and an old exercise book have rolled enormous joints and are puffing into the morning air. The more unfortunate ones are waiting for their turn at the puffing. Because it is unheard of for a person to be stingy with a cigarette, one cigarette gets trapped between many mouths. And that is how social distancing ends. It ends with cigarettes moving from mouth to mouth.

I give a sign to my younger brother, and he retrieves two cases of the opaque Supa beer from the car. It is here that social distancing suffers another blow. For interest’s sake, I count the number of mouths that get stuck to the mouth of a single Supa container: 11 – 11 mouths whose owners are meticulously observing social distancing in terms of sitting arrangements, but failing to do so when it comes to pulling the popular Delta Corporation brew with their mouths. Their Adam’s apples bob up and down like flotsam caught by a wave. By the time the container reaches the eleventh man, only the dregs of it remain at the bottom. And that is how the two packs of Supa beer meet their demise. But there are more where those came from. As for my brother and me, we are slowly working our way down a carefully concealed whisky bottle, which we are pouring into two water bottles, one for me and one for him. The young men think it is city water, and they decide not to partake of it. After all, city people are the likely carriers of the deadly virus.

A huge plastic reservoir of water sits in the shade of the kitchen hut. A huge jar hangs on one of the poles that make the truss of the kitchen hut. Occasionally, a villager dips the jar into the reservoir and gulps down the water. By this time, I am convinced that social distancing is already in some ICU of sorts.

At the cattle kraal, the bull that has been chosen to feed the mourners has pranced in vain against its death. A smouldering fire is already on standby to roast some of its delicacies that cannot be mixed with those parts that will be cooked for the mourners. A pair of young boys are manning the fire and waiting for the elderly men, who are slaughtering the bull to bring the contraband that will be roasted over the fire. Elsewhere, a church drum is competing with the voices of singing women who, even in their dancing, try by all means to maintain social distancing. But sometimes they forget and get caught in the habits of old, for what is dancing if it does not involve people forming a circle and challenging each other to a dance?

Our masks are like spectacles hanging from the ears to the chin. Since sunrise, the grave-diggers have been making fun of us. They say we look like zvidhoma (goblins) in them. We try to tell them that masks are important when in public, but they ridicule us and tell us that only snobbish city people move around with such a warped mentality. We, as usual, decide not to fight back. After all, we are here to bury Grandmother.

My mind shifts to memories of Grandmother. By the time she died, she had suffered almost 10 years of amnesia. Every time I visited her, she thought I was the son of one of her neighbours, John Masimba. I remember scribbling a poem about it and tearing it up in frustration. At that time, I wanted my grandmother back, the grandmother who features on the cover image of my latest poetry collection, Because sadness is beautiful?. But that kind of grandmother was gone, and now what remained of her is gone as well, and this mound of earth that the grave-diggers have piled here will soon descend onto her and make her one with the earth on which her feet have trodden since the 1950s, when she married Grandfather. Grandfather has been dead for two decades now.

Grandmother died while my brother and I were driving from the city to see her. We passed several police roadblocks, where we produced papers that we had procured from the city police to allow us passage to the village. There were only two of us in the car, so it was not difficult. When we arrived at Grandmother’s homestead, the sullen faces of our mothers told us that we were too late. Grandmother had already left us. I remember sitting on the rock under Grandmother’s mango tree and allowing the movie reel of memory to move back to all the moments I shared with Grandmother when she was still alive. Many were hilarious. I remember writing about Grandmother and Grandfather in one of my poems in Because sadness is beautiful? The two loved dancing. The dancing started with casual humming of a traditional tune soon after supper. They shared the humming, passing it to each other like a soccer ball before allowing it to morph into full-fledged singing, with Sekuru Tigere and Sekuru Patrick (their sons) working magic on the drums. The dancing would go on late into the night, so late that it would take the first cock’s crow to remind us that it was time to sleep.

Now, as I watch the grave-diggers working the finishing touches on Grandmother’s grave, I remember the narrative of Grandmother’s last moments on earth, told by our mothers, and a poem about how Grandmother died happens. I take out my phone and type the poem into a friend’s WhatsApp inbox. I read the poem again, change a verb or two and, satisfied, tap on the “send” button.

My brother and I continue to take swigs from the whisky bottles that masquerade as water bottles, and watch as Grandmother’s interment gets closer.

they said at sunrise she called her husband
who has been dead two decades now
and asked him to close the scrap metal door
of the fowl run
lest the python that hunted by night feast on her chickens
and leave an empty fowl run with soft feathers
swirling in the morning air.

they said at noon she asked for peanut butter porridge
which she ravenously devoured while muttering
things between spoonfuls,
things about the Great River with tranquil waters
that flow into the endless stretch of the vast waters of the deep,
about the Rubatagore Mountain, whose peak
is like a finger pointed at the shrine of the gods,
about the voices of an entourage that had come
to serenade her on her great journey.

they said towards sunset, she asked to be carried
into her kitchen hut
to lie near the smouldering fire and drive away the cold;
then she sent the people on an errand
to find the best sweet potatoes in the fields.

when they came back, they found her sleeping serenely
with mischief written on her lifeless face,
for even in death she had, before her departure,
effortlessly pulled a fast one on the living. 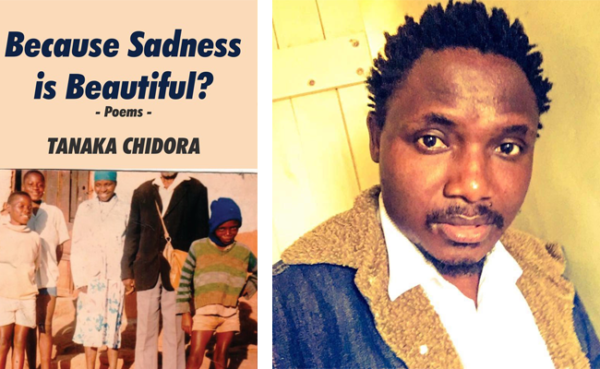