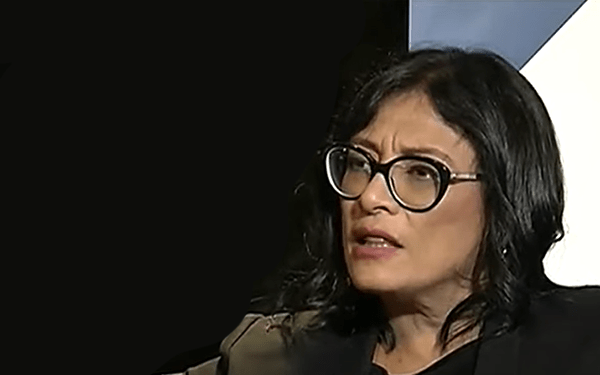 Karima Brown’s death this week from COVID-19 at the age of 53 is a tragedy. It is a tragedy, obviously, for her family and our hearts go out to them; but it’s also a loss for our increasingly fragile democracy. We need courageous journalists and she was definitely a veteran of the craft, sometimes at great personal cost.

In 2007, and after a series of tweets critical of Julius Malema and the Economic Freedom Fighters (EFF), Malema posted her telephone number on Twitter. What happened next exposed a deep and extremely ugly malaise within our society. The EFF piled into her with threats of assault, rape and death. Not only did it reveal the misogyny within the party, it was an ominous warning about what would happen if the EFF gained true power.

But Brown stood firm. At the time she said, “I won’t be cyberbullied and censored by any politician, including Mr Malema.” She took Malema to the South Gauteng High Court and won. The court ruled that Malema’s actions were a violation of the Electoral Act. Karima’s refusal to be silenced provides both a source of support and inspiration for female journalists under threat.

Across the world female journalists are subjected to extreme violence and intimidation. In 2011, on a Cairo street, a mob gang-raped CBS’s Lara Logan for covering President Hosni Mubarak’s resignation while onlookers filmed the rape with their cell phones. Daphne Caruana Galizia was killed in car bombing in 2017 for exposing corruption revolving around a power plant owned by the Maltese state.

Karima’s steel in post-liberation South Africa started in her youth. She was born in Cape Town in 1967 and her father, Achmat Semaar, was a member of the African National Congress organising in Mitchells Plain. Following in his footsteps, Karima entered student politics in the 1980s. Her engagement in politics continued after 1994 and she made no bones about her ANC membership.

She was a seasoned journalist and editor. Her long career encompassed Business Day, 702, eNCA and Independent Media. In 2015 she sparked controversy when she was photographed wearing ANC regalia, alongside Independent Media editor Vukani Mde. She was the executive editor at the time and it can’t be ignored that she was there when Iqbal Surve gutted it.

She didn’t hide her views on whom she supported within the ANC – she had the courage of her convictions. Agree or not with her support of President Cyril Ramaphosa, there’s no doubt her insider knowledge illuminated the inner workings of the party. Last November she was interviewed on Peter Bruce’s show Podcasts from the edge about the conflict between the opposing factions within the ANC. On Jacob Zuma’s attempt to collapse the Zondo Commission she bluntly said it was "a very phoney and lame effort and backfiring horribly".

As for the situation within the ANC’s National Executive Committee she said, "Everyone is kind of in it for themselves" and "We shouldn't rule out the path of Gwede Mantashe ... I won't put it past him if he tries to make a play for the presidency.”

Her take on Ace Magashule was that he “really is gonna be hard-pressed to mount a campaign [to be president] that is credible and that jumps over the bodies of quite a few top six officials. Their ambitions in the party are too high."

Time will tell, but food for thought.

We will miss her behind-the-scenes analysis, especially in the coming months as elections are approaching. There’s also the ANC’s electoral conference next year. Without her reporting, it will be more opaque than ever before.