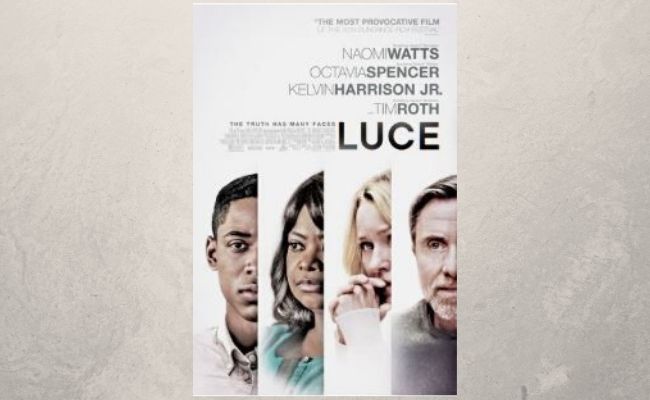 This movie has the potential to ruin friendships, to break up longstanding movie clubs. It could set in motion such thought-provoking and justifiable, yet completely conflicting, interpretations, that one could argue for weeks on end. It is marvellous.

Luce tackles a myriad of issues – race relations, privilege, mental health, parenting – but does not give easy answers, or any answers at all. It simply creates a backdrop for you to wander into, pokes you from all sides, but, more importantly, unsettles you all the way through.

Poor Luce, seen as either a monster or a saint, gets pressure from all sides – his white parents wanting him to be okay, his black teacher wanting him not to be a black stereotype, and his friend telling him he is their Obama. Luce questions the difference between working towards being the token black boy that does well, and running away from a black stereotype. In the meantime, he maintains an eerie facade in front of everyone, perhaps even himself.

Through brilliant performances, characters turning either good or bad at the drop of a hat, a spine-tingling soundtrack and a plot that keeps you guessing, Luce has a sustained menace that will creep out the strongest among us. It is eerie from start to finish. You don’t know who to believe, or who to like. Apparently, nobody.

There is one particularly poignant scene, where Miss Wilson’s mentally ill sister, Rosemary, shows up at the school. She ends up stripping down and hitting her own naked body. Two police officers taser this fragile, female, black body, and Rosemary contorts into an almost beautiful ballet-type pose before collapsing and being dragged out of the school. I was awestruck.

Teenage Luce is suffocated by all the expectations, expectations he did not ask for; and how he reacts to it you will have to see for yourself.