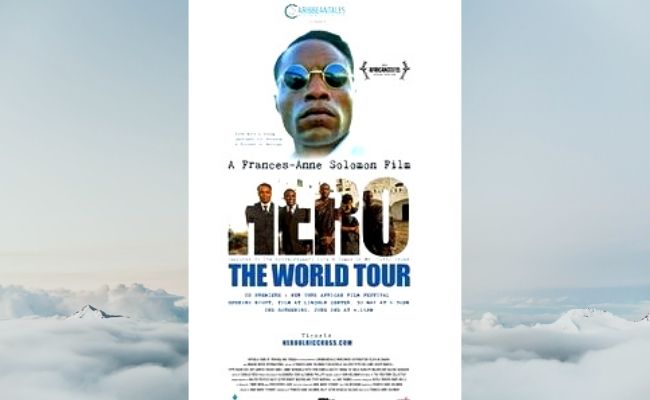 “In 1941, Ulric Cross, a young man from Trinidad, leaves his island home to seek his fortune. He survives the war as the RAF’s most decorated West Indian. Then, his life takes another course, and he becomes part of the movement of history. Cross’s long life spans key moments of the 20th century, including independence in Africa and the Caribbean.”

The extraordinary story is there – war hero, law expert, survivor, charmer – but the movie fails its subject dismally. It comes across as self-indulgent and confused.

The biggest problem is the format – the drama-documentary. You have snippets of interviews with Cross, then recreated dramatic scenes, with some archival footage of London, WWII, etc thrown in for good measure. None of it sits well together in this case. Especially jarring is the footage of the director herself supposedly filming Ulric, mixed with the actual footage she shot. It is unnecessary.

The subject would have been served better if the film were either a straightforward documentary or a cinematic film. The astonishing story would translate well into either format. The recreated scenes are beautifully filmed and styled, and could’ve easily morphed into a full-length cinematic film. On the other hand, the interview with Cross (and his wife) could’ve been expanded upon with other interviews, perhaps clips of his actual radio broadcasts, etc. With brilliant documentaries such as Netflix’s new The devil next door, the bar for documentaries has become exceptionally high, though. Perhaps someone else will translate this incredible life into film, because these are the kinds of heroes we should bring to the forefront.