This film can be screened at the third Joburg Film Festival, 19–24 November. 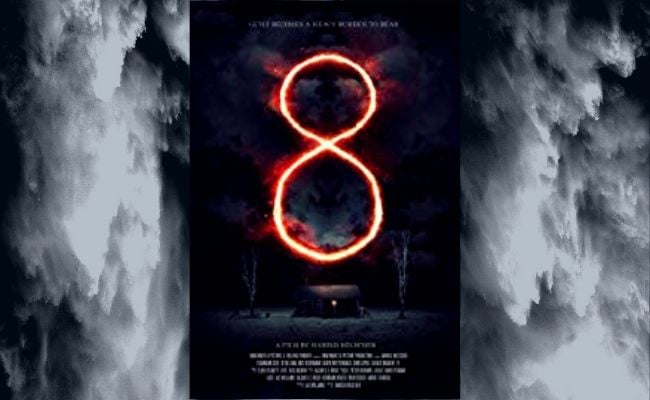 “An old man, fated to collect souls for eternity, seeks atonement after trading his daughter’s soul.”

In the opening sequence of this “South African horror story”, you see an old man lying in bed. His overdramatic make-up, surely applied in excess to indicate that he is dying, did not bode well for the rest of the film. Styling is key, and we have the talent in South Africa.

The biggest problem with 8 is the script, though – the dialogue and story. Both feel staged and weirdly out of place. You could see the experienced/acclaimed actors struggling to deliver their convoluted lines, lines which are supposed to be profound, but end up just being silly (“We come in peace”, “Life is death and death is life”, etc).

The horror tropes abound. A family arrives at a spooky house in the middle of the night. The electricity is off. There is something in the shadows. A pigeon flying out of a window scares everyone. There is the stranger, the other. The house creaks. Someone has made a deal with the devil; someone else has nightmares.

Where I completely gave up, not that I was very intrigued from the start, was when William visits the local village to introduce himself as the new neighbour, the accountant-turned-farmer. When he does not receive the welcome he expects, he dashes off to the Mercedes and grabs a pistol from the cubby. One, the threat the villagers pose by asking him to leave does not demand a weapon. Two, it does not make sense for this mild-mannered pen-pusher to have a pistol, or for him to cock it and hold it behind his back.

You must commend the South African film industry, where budgets are small, for attempting genres other than slapstick or drama, slightly more commercially viable options. That said, we still need to produce remarkable films. The highly anticipated Poppie Nongena, releasing in January, will be the new standard for South African film.