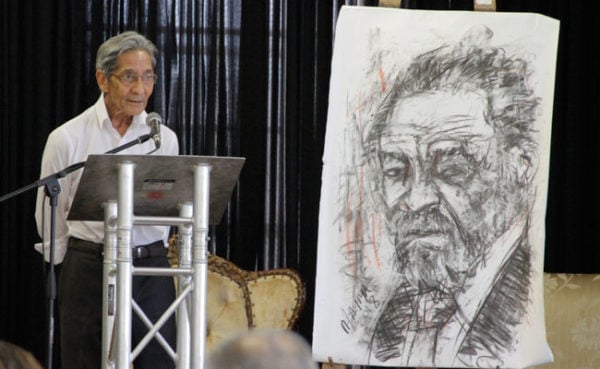 This is a very interesting subject I have been asked to speak about. It is also complex. Let us remember that before we can truly imagine the future and make our dream a reality, we have to remember the past, as this has a huge influence on the future.

Many years of apartheid rule saw the division of the country into racial and ethnic groups, the removal of millions of people from their homes, and the deprivation of blacks, in particular, of real economic opportunity. Over the years, vast inequalities were created in every sphere, from education to sports, to jobs and living conditions. The cunning apartheid state deviously created racially and ethnically based political entities, most of them undemocratic and repressive.

But the apartheid system eventually proved to be unsustainable. In the 20th century, you simply couldn’t try to turn human beings into animals of different castes, as it were, without consequence. Apartheid had to end, formally at least. We all know what led to the negotiations that formally brought it to an end, and who played leading roles. Tributes have been paid to them.

But the start of the “new South Africa” was an uncertain one. Old suspicions, ancient rivalries, a security system accustomed to crushing dissent instead of protecting its right to exist, and the plight of a huge underclass of poor and marginalised, produced an environment fertile for conflict. Violence swept through the country, at times the result of mindless rage and vengeance, at times the consequence of skilful orchestration. The strife threatened the fragile fabric of an already divided society.

Yet, hopes for peace lived on, however tenuously. There was no choice, for South Africa could be made worse or better. It could never be the same again. But what would the future look like?

Just imagine a country where everyone is free, where everyone is equal, empowered to live as true human beings should, with full access to education, able to earn fair incomes, own land, enjoy their own cultural heritage, but respect that of other people. How is that to be achieved?

Let’s start off with a vision that Jakes Gerwel had way back in 1987.

In a memorial article that Rebecca Davis wrote for the Daily Maverick when Professor Gerwel passed away, she recalled how, in 1987, he had been appointed as rector and vice chancellor of UWC. He had two major ideas for his time as vice chancellor. Firstly, he decided that UWC would be declared a university open to all. There were, of course, people who were concerned about this.

One critic said: “It created a huge problem. UWC was being funded via the Department of Coloured Affairs. The problem of having a large number of black Africans enrolling was not an easy one to deal with.” But the state had created these racially focused institutions and would not dare close it down. Professor Gerwel, insightful as always, had probably foreseen that this would be a step too far even for those ruthless apartheid bureaucrats.

His second big idea was that the university would become the intellectual home for the left. This decision was not without controversy. There was a huge debate between Professor Gerwel and the late Neville Alexander, who argued that this carried with it the danger of turning the university into a “left Bantustan”, when it should be open to wider ideas.

Gerwel argued that it was vital to create space, within higher education, to tackle apartheid. Furthermore, the word “left” didn’t mean Marxist-Stalinist. To him, it meant opposition to the regime, empowering young people, especially, to think about and help create a more truly humanitarian future for South Africa. Many of his critics eventually understood that Professor Gerwel was promoting a philosophy of taking personal responsibility to change the country into the future.

That is my belief, too; we cannot just leave our future to politicians and business leaders, inter alia. We all have to take responsibility for turning our imagined world without apartheid into reality.

So, what would that imagined future look like? One of true freedom in social, cultural, political and – vitally – economic terms. And, sadly, we are still far away from achieving that dream!

So, how can it be achieved? It lies in the hands of our youth! That’s what I think. Some quick facts, first:

Africa, with 200 million people aged between 15 and 24, has the youngest population in the world. The current trend indicates that this figure will double by 2045. In North Africa, the youth unemployment rate is a horrifying 30%. It is even worse in countries like Botswana, the Republic of the Congo, Senegal and, sadly, South Africa, where youth unemployment stands at 38%. Just as worrying is that – according to the Brookings Institution – when young people do find work, it is very often not in places that pay good wages, develop skills or provide a measure of job security.

This is a ticking time bomb, and here in our country we have already seen some “explosions”, as it were: angry young people protesting, often violently, even in universities. Of course, we don’t condone this, but we have to recognise the reality and the underlying causes of their frustration. To realise our dream of a truly free, fair and equal society, we have to take action. And I think that at the heart of any action we take, we have to “invest” in young people. They are the future, here and in the rest of Africa.

Here are some steps that Jakes Gerwel and Nelson Mandela believed in.

Basic education: To break out of the cycle of semi-literacy and, over time, to develop the kind of skills that will help South Africa compete equally in a very complex global economy, we have to ensure that young people have all the basic skills they need before they reach the higher education level.

Socialisation: I, like most other “non-white” South Africans, I grew up and went to school and university asking myself, “Where will I get a job?” Well, what young people today should be encouraged to think is: “How can I create or help create jobs?” In other words, this new generation should be infused with an entrepreneurial spirit and have all the educational and vocational skills needed to stimulate economic development in this modern, technologically driven world. And they should be socialised, from very young, to think beyond race and ethnicity and become people who stop asking, “What can the government do to change this country?” and ask, “What can I do to help make this a better world for all?”